This event will bring together esteemed academics to contemplate what the future of social mobility will be for the global Somali community across international jurisdictions. The panel…

This event will bring together esteemed academics to contemplate what the future of social mobility will be for the global Somali community across international jurisdictions. The panel will comprise of academics, writers and experts on social mobility to reflect on the progress made in the last twenty years, the challenges and opportunities for the future as well as the potential for greater impacts in our native Somalia.

Our panellists for the event are as follows: Dr. Hodan Isse (American Economist and Academic); Hashi Mohamed (Barrister and Author of 'People Like Us') and members of Civil Society from East Africa. 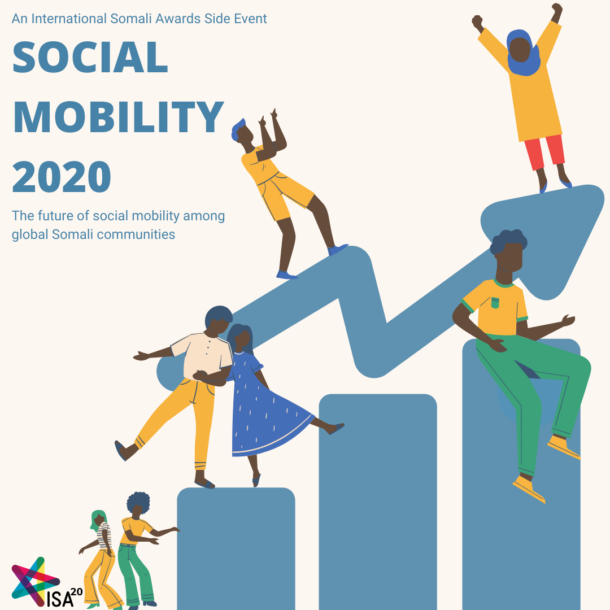 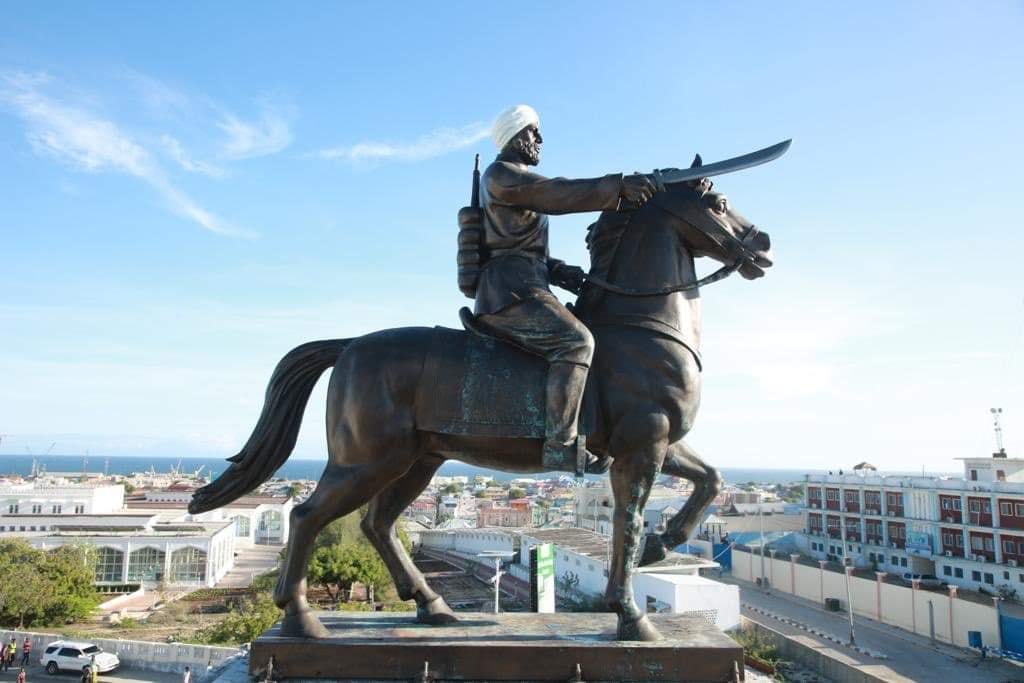 Join us on April 8th to commemorate the centenary of the Dervish Movement and it's impact on Somali arts, literature and academia!

In 1920, a Somali colonial resistance movement which spanned over twenty-five years ended through the use of British colonial aerial bombardment, by the Royal Air Force. The war was titled the ‘cheapest war in history’ by British papers and its leader, Mohamed Abdullah Hassan, was forever etched into history as the “Mad Mullah of Somalia”. The year 2020 marks the centennial anniversary of a poignant moment in Somali history but also the remnants of colonialism on the continent of Africa.
To commemorate the Dervish movement, Dr. Said Salah Ahmed, a teaching specialist at the University of Minnesota and internationally-acclaimed poet and cultural historian will join us alongside other historians, academics, researchers and media professionals to provide a brief background on the history of the movement, while demonstrating how it is still relevant to Somalis and Somalia today.

Dr. Said Salah was previously a biology teacher in Somalia. In 1984-1985, Ahmed directed his first feature film, The Somali Darwiish (alt. The Somalia Dervishes), with Amar Sneh serving as producer. With a budget of $1.8 million, the 4-hour-and-40-minute epic was devoted to the revolutionary Somali Dervish Movement. In the film dialogue you can hear seven languages: Somali, Arabic, Italian, English and three regional dialects. The movie included an actual descendant of Mohamed Abdullah Hassan as its star, Sheikh Osman Mohamoud Omar, and featured hundreds of actors and extras. Following the start of the civil war, Ahmed emigrated to Minnesota. He subsequently wrote a children's book The Lion's Share, which served as the basis for a Somali folklore-based play that he both penned and produced for the SteppingStone Theatre. Some of his poems have been translated into English by the Poetry Translation Centre.

Mohammed Artan is a videographer, student of Islamic discipline, publisher, and historian. He was born in Somalia, raised in the Netherlands and, currently lives in England wherein he did his degree in Film & Videography at The University of Northampton, followed by a teaching degree. He taught filming for several years before focusing exclusively on book publishing. He was the founder and managing director of a production company that served as training and educational platform for film producers. He is also the founder and managing director of Looh Press, a publishing company specialising in Islamic, African, and Somali studies resources.

Get your tickets here 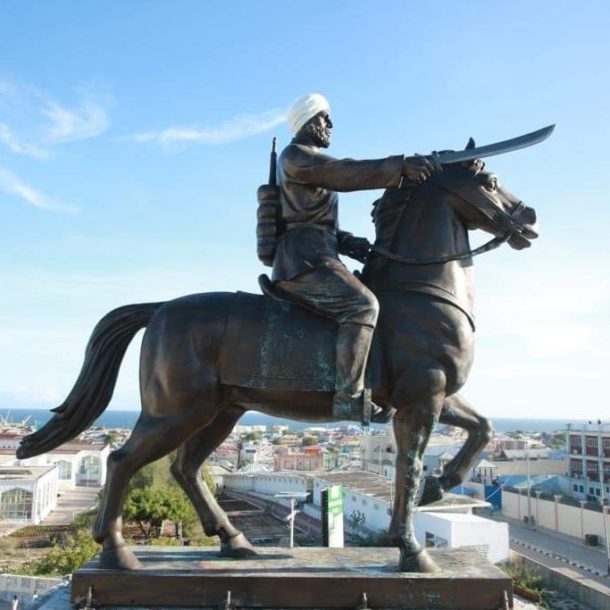 The Women's Inclusive Team are organising a special event for International Women's Day 2020 which will honour the legacy of the late Hodan Nalayeh. The organisation held a 'Night to Be Inspired' event on March 11th 2017 with the guest of honour being the late Hodan Nalayeh, this event will pay homage to her commitment to empowering women and girls and uplifting the global Somali community. Get your tickets here 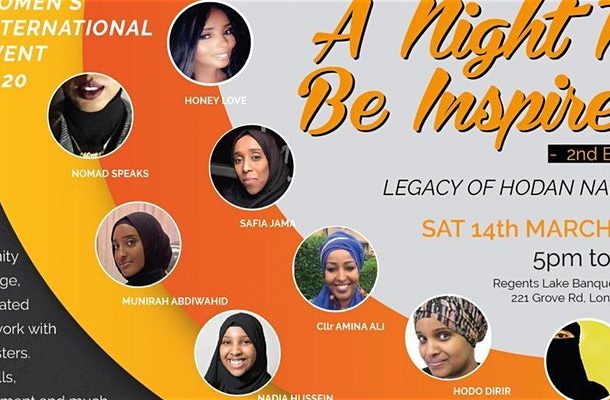 The two films we'll be screening are:

"Mid Baan Nahay" (We are One) produced by Solaris Media, a film commission by the Anti-Tribalism Movement exploring themes of "otherhood" featuring its young people.

You can purchase tickets via our Eventbrite page - please click on the link here - https://www.eventbrite.co.uk/e/mid-baan-nahay-black-history-month-somali-stories-tickets-76764686243?aff=ebdssbdestsearch to purchase your tickets. T 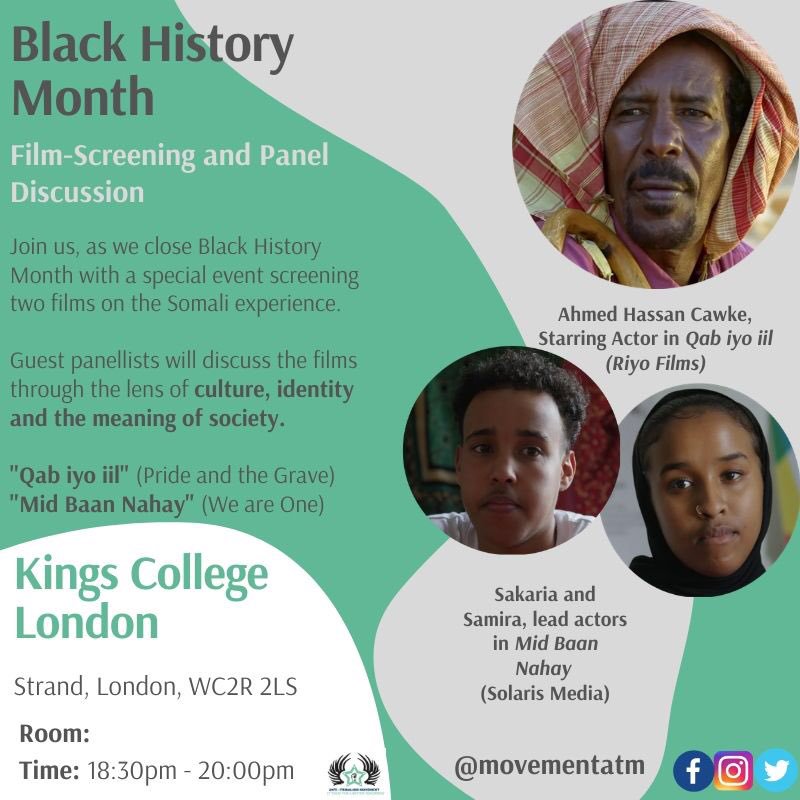