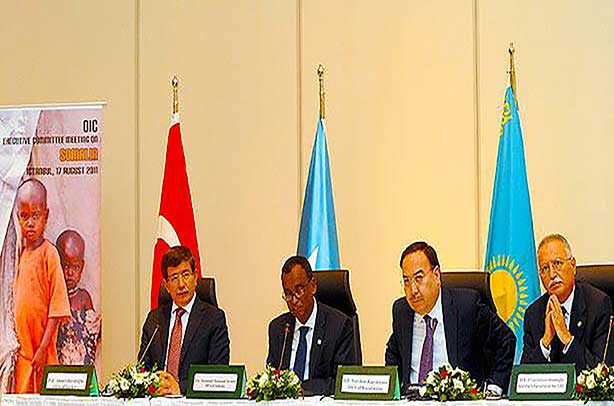 [/vc_column_text][/vc_column][/vc_row][vc_row][vc_column][vc_column_text](Reuters) – The United Nations should beef up its operation in Somalia, and other countries who want to help the war-torn state should actually move in and set up bases there, Turkish Prime Minister Tayyip Erdogan said on Friday.
Erdogan’s direct remarks at a international conference on Somalia in Istanbul, the second hosted in Turkey in two years, was the latest sign of his administration’s growing interest and clout in Africa.

“Without living there you cannot devise the correct policies and you cannot help. I invite the international community to open representative offices,” Erdogan told the conference attended by U.N. Secretary-General Ban Ki-moon, the Somali interim president and delegations from more than 50 countries.

“We have really struggled to make Somalia’s voice heard, to make those who do not see or feel what’s going on in Somalia, see and feel,” he said.

Most aid agencies funding projects in Somalis are actually based in neighboring Kenya or further afield.

Many moved their headquarters out of the country years ago to avoid kidnappings, looting and fighting between al-Qaeda allied militants and Somali troops backed by African forces.

Somalia has been mired in turmoil since the 1991 overthrow of dictator Mohamed Siad Barre.

Erdogan made a high-profile and whirlwind visit to the Somali capital in August last year, bringing his family and a plane full of ministers and consultants. For all its brevity, the trip was still the first time a non-African leader had visited the country in almost 20 years.

While the visit was aimed at drawing attention to the famine that swept across the Horn of Africa nation, it was also part of Ankara’s wider strategy of positioning itself as a growing regional power and influential voice within the Muslim world.

Turkey has since opened an embassy in Mogadishu, built hospitals and schools and started direct flights between the two countries. It has also sent hundreds of Somali students to study in Turkey.

While Turkey has been largely applauded for its assistance in Somalia, critics say Ankara’s headfirst policy and relative inexperience in the region leaves it vulnerable to manipulation by different political factions.

PRESENCE ON THE GROUND

The Turkish leader also called on the United Nations to review its mission in Somalia and strengthen its presence there.

Speaking after the conference, U.N. Secretary-General Ban Ki-moon, who has visited Somalia since Erdogan’s trip, said his special representative had been based in Mogadishu since December and urged others to follow.

“We agreed on the need to insure that international assistance is predictable, transparent and coordinated. This can best be done when member states have a presence on the ground,” Ban told journalists.

He called for other countries to follow Turkey’s example by opening embassies in Somalia.

Delegates at the conference discussed ways to support Somalia during a transition period that will see the creation of a new constitution, parliament and president.[/vc_column_text][/vc_column][/vc_row]