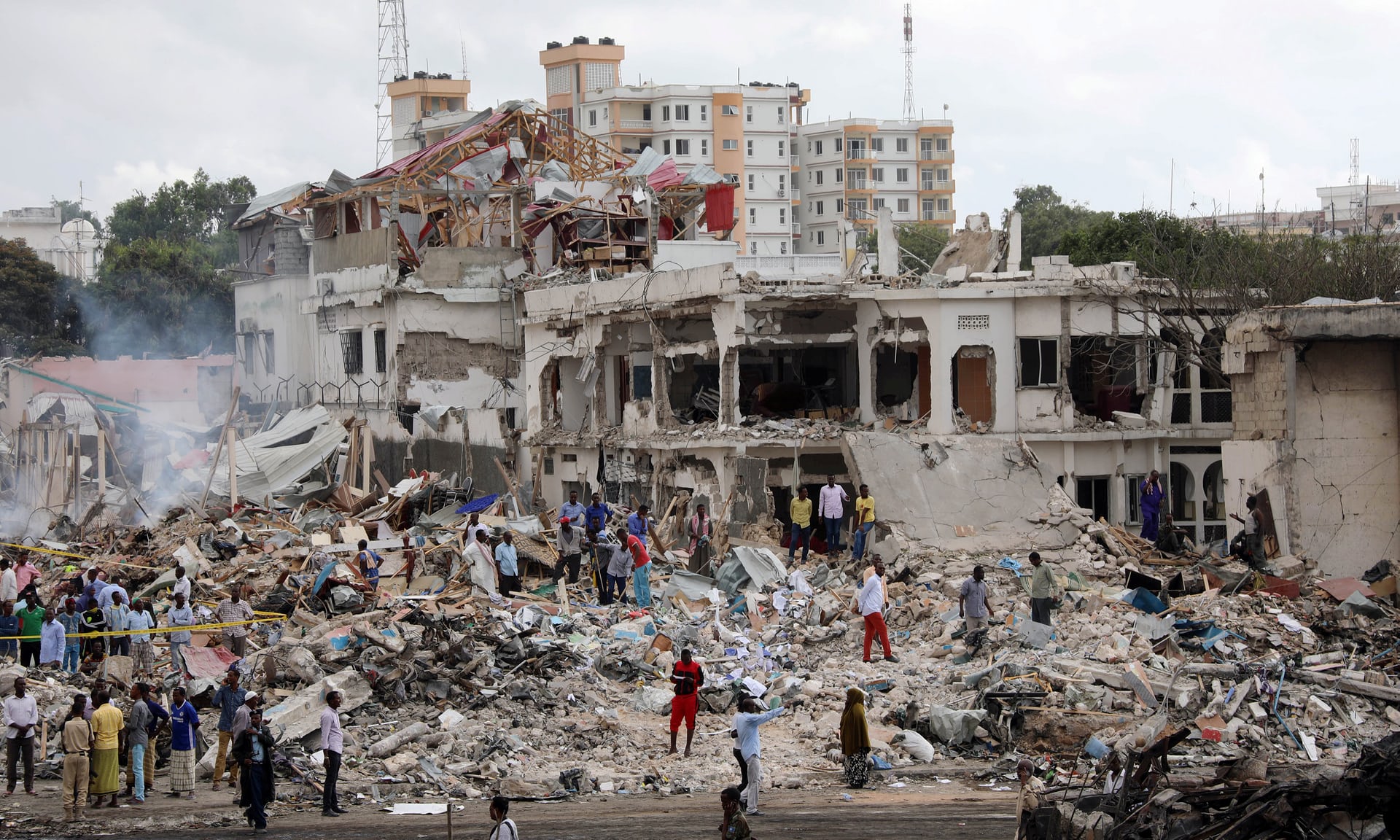 On Saturday, a massive car bomb struck the centre of Mogadishu near the Safari Hotel. The attack, which badly damaged an entire city block, is nothing short of a national tragedy, killing at least 300 people and injuring hundreds more. As the first responders continue to search for victims, the death toll is expected to rise.

Saturday’s attack was the deadliest in the history of Somalia. Although they have yet to claim responsibility, the Somali government believe militant group al-Shabaab are behind the bombing.

We are sickened by this reprehensible act of terror. To know that almost all of the victims were normal civilians, many of them women and children, underlines the sheer cowardice and moral bankruptcy that inspired this mass murder.

‘They don’t care about the lives of Somali people, mothers, fathers, and children,’ Prime Minister Hassan Ali Khaire said. ‘They have targeted the most populated area in Mogadishu, killing only civilians.’

Many people in our community have friends and relatives who were caught up in the blast. We are deeply shaken by the attack and we know our feelings are shared by all of the diaspora. With every hour that passes, the scale of the tragedy grows, and the need to stand against terror becomes ever more vital.

All Somalis must unite in the face of such evil. We need to do what we can to support the heroic first responders digging through the rubble, and we must extend a helping hand to anyone in our community affected by the attack.

We cannot let this act halt our nation’s continued efforts to put an end to hatred.