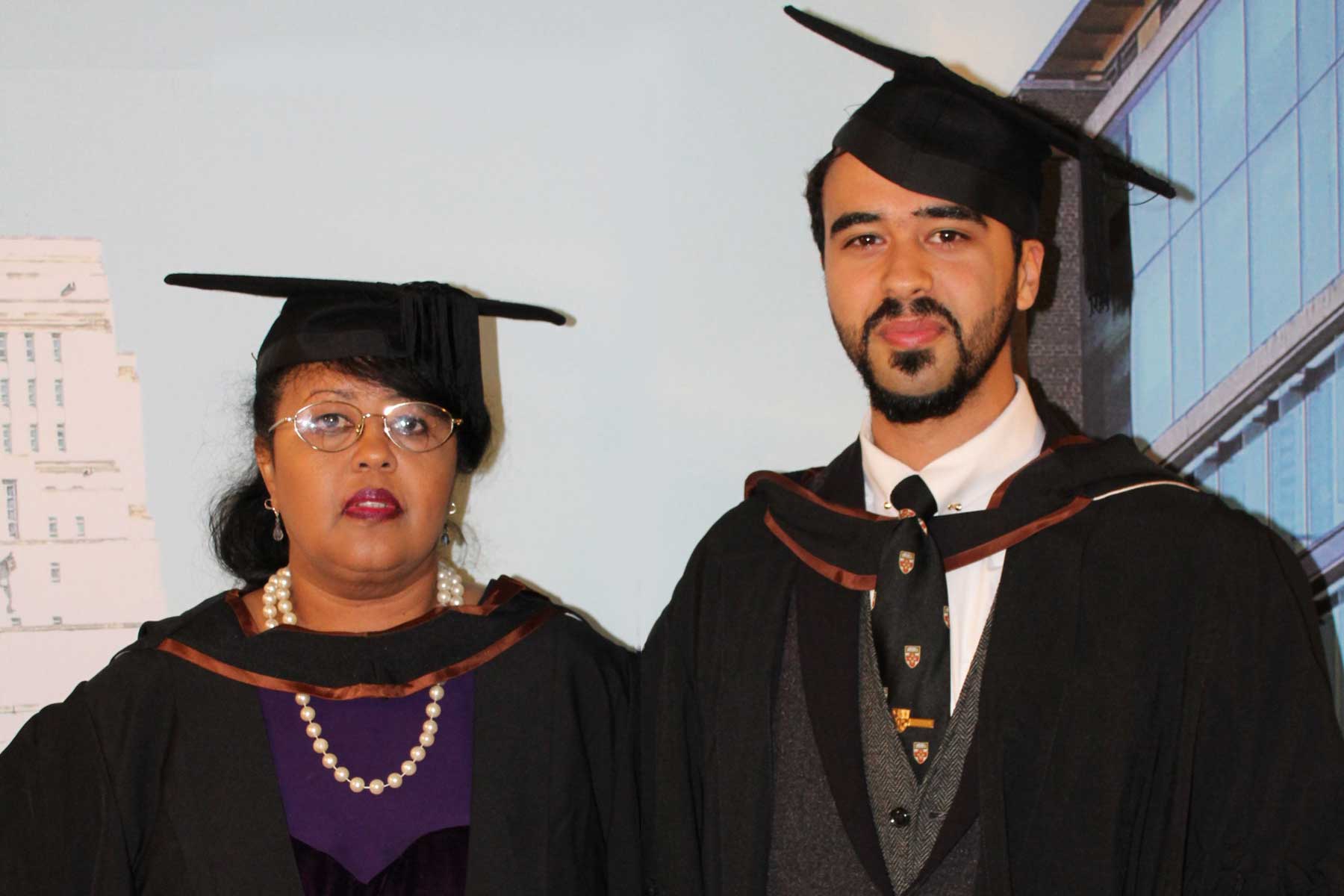 Although it arrived late, this is one of our favourite stories of the year.

Edwin Lerew, from London, recently took a degree in Government and Politics at Birkbeck University. While his mother, Samiya, was there to watch him graduate, she wasn’t merely cheering with the other parents in the crowd.

She was graduating at the same time, after earning her degree in Global Politics and International Relations.

So how did this mum and son end up donning their mortar boards in a single ceremony? ‘I came to London as a student in the early 1980s,’ Samiya recently wrote on the Birkbeck blog.

‘But I was unable to take my studies further because as soon as I completed my course, my stepfather died. As he was the bread-winner of the family, I had no choice but to find work in order to help my widowed mother.’

As she told the BBC: ‘I never really had the chance to get back to study. I had family to raise, mortgage, work.’

Along with helping her mother, Samiya was raising Edwin and his two sisters, and working full-time for Haringey Council. On top of these responsibilities, she also dedicated much of her time to charities committed to problem-solving in the Horn of Africa.

Samiya even set up her own, the Help Somalia Foundation, a move that saw her invited to attend a UN Human Rights conference in 2004. Writing on the blog, she said: ‘my input has helped to resettle Somali minorities in western countries, I have worked with Minority Right Groups and I briefly chaired AFR (Agenda For Reconciliation). But I have always found it difficult to cut red tape unless I had “BA (Hons)” next to my name.’

Encouraged by the academics who she encountered while involved in her charitable work, Samiya decided to enrol in university. She applied to study at Birkbeck not long after her 56th birthday.

Even if they rarely had classes together (or sit next to each other at graduation), Edwin admits that his mother was a huge help with his studies. And when he revealed to the BBC that he did, in fact, get better grades than his mum, he dutifully explains how he couldn’t have done it without her. What a good son.

But that’s beside the point. This wonderful story shows how the challenges our years pose don’t have to stop us from achieving our goals. Samiya is an excellent example of the value of lifelong learning, and a testament to commitment.

As she says: ‘it never really is too late.’