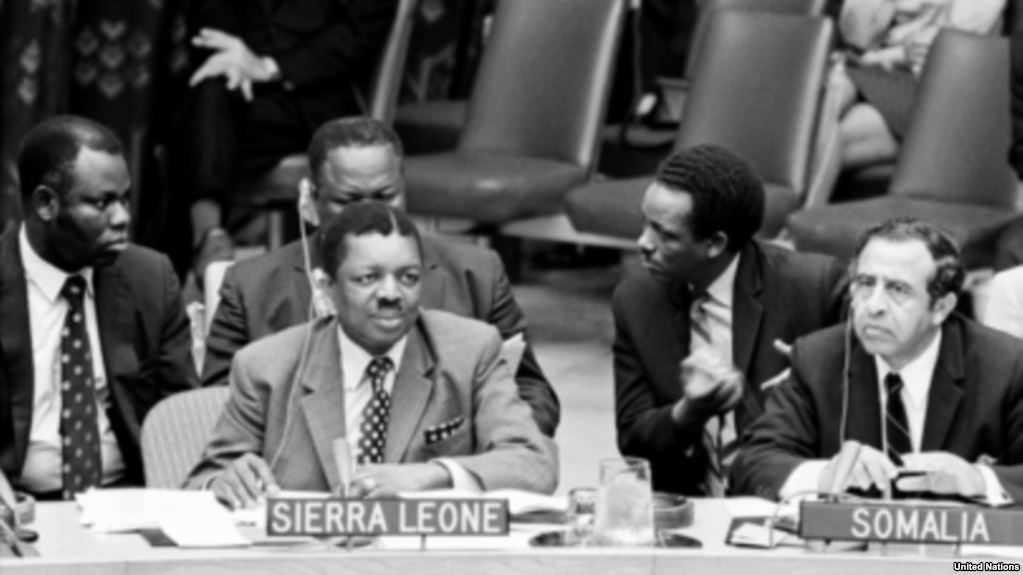 Last month was a sad one for the Somali diaspora. Abdulrahim Abby Farah, a public figure and much-loved diplomat, passed away at the grand age of 98. Born in Barry after his father moved to Wales to work in the docks, he later went on to rack up a list of achievements almost as long as his life.

Tributes from all around the world have poured in since Farah’s peaceful passing, which took place at his home in New York, on 14 May. There’s no doubt that during his life he was widely considered as both a highly influential community leader and one of Somalia’s most accomplished diplomats ever.

For 25 years he worked tirelessly and relentlessly at the United Nations to improve the lives of Somali people. He eventually became a key figure in peace envoys to the Middle East and played a big part in the work that eventually ended the apartheid.

As Under-Secretary-General, a role which he held from 1979-1990, he chaired a special committee against apartheid which helped with the release of Nelson Mandela. This, famously, led him to be described as the ‘Barry boy that helped free Mandela’.

After Somalia declared their independence, in 1960, Farah became the ambassador to Ethiopia. After that, he moved to the UN as a permanent representative of Somalia. He also assumed the role of Minister of Agriculture for the self-declared state of Somaliland and became their representative on the Organisation of African Unity. An astonishingly impressive list of achievements by anyone’s standards.

Steve Khaireh, Farah’s great nephew, remembers him as a gentle, humble and respected man. “He did come back to visit and was last here in Barry two years ago,” he recalls. “He visited the community. He was very humble and straight forward and was always trying to encourage people.

“In his job as a diplomat you do keep a low profile, but he went all over the world on peace envoys. He was a big anti-apartheid campaigner. There is a sense of pride in the community for what he did. His funeral is being held in New York, but we will be doing something in his memory here as well.”