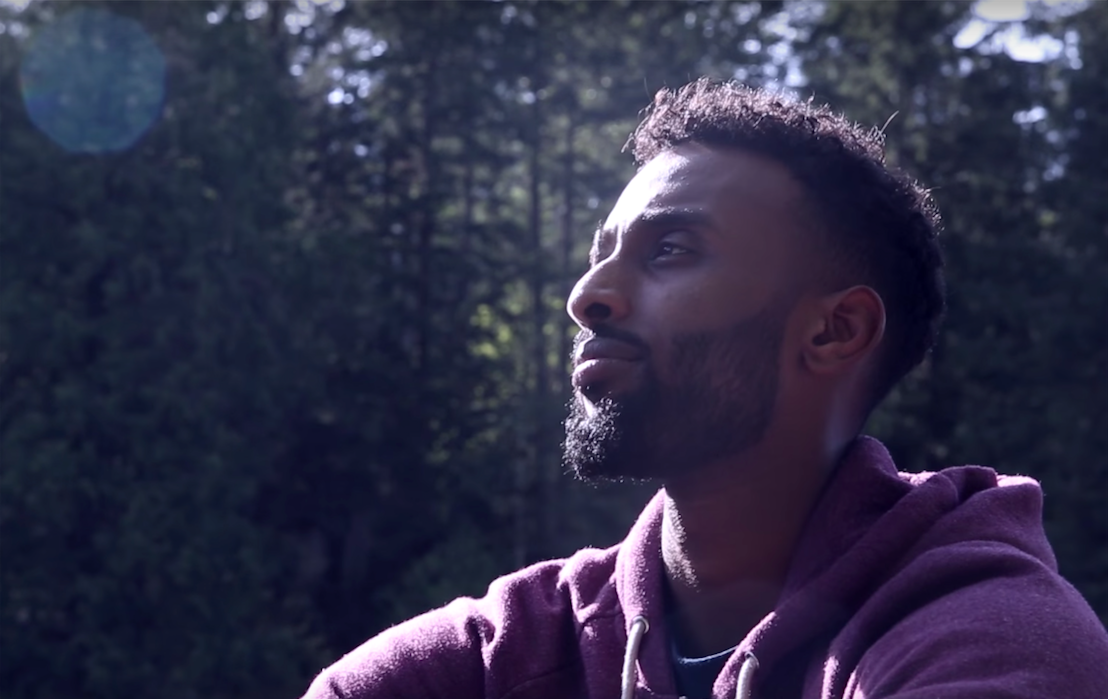 Today marks World Poetry Day, when people across the globe celebrate verse, the poets who create it, and the movements promoting brave new approaches to the craft. Somalia is, of course, often referred to as a ‘Nation of Poets’, thanks to its cultural connections to poetry and literature, born out of a rich history of oral tradition.

These traditions have rarely echoed as strongly in the diaspora as they do now. The UK currently boasts a number of young, talented Somali-British poets, whose work is exploring themes intrinsic to their community’s complex story – identity, disconnection, love, loss, refuge.

To celebrate World Poetry Day, let’s take a look at a few of our favourite Somali-British poets.

Faisal Salah is an artist who subverts poetic orthodoxy. His style reveals itself through performance rather than the page, as he delivers his verse in a melodic, musical manner. He calls it ‘words in motion’. Speaking to Buzzfeed, Salah said: ‘You have poetry on the page and what I do is bring it to life….when you’re performing that onstage it’s you who’s bringing it to life because you are the moving expression. For me, melody is the emotion that can’t be contained in words.’

Check out the video above, as it’s the only way to get a true grasp of Salah’s work.

On her tumblr, Farah Gabdon regularly responds to questions from her fans. Some ask her about writing, but for the most part, the queries relate to much larger issues, like faith, love, and identity. When you hear Gabdon’s poetry, it’s easy to see why so many would trust her opinion on these subjects. Her work is empowering and delivered with conviction, no doubt to reestablish a cultural footprint erased by war and displacement.

As she told CNN earlier this year, ‘The war destroyed a lot of Somali culture. Not just culture, but the expression of it…I think most of the writing from Somalis in the diaspora is about identity and connecting and finding a place where you fit in.’

Momtaza Mehri is a biomedical scientist by profession, and the demands of the field are arguably reflected in her work. Mehri’s themes and imagery are often less conceptual than her peers’, and her readings are sharper than the free-form styles that tend to be associated with spoken word.

Speaking to Geosi Reads about one of her favourite writers, the poet and doctor Rafael Campo, Mehri explained the link between biomedicine and poetry: ‘To him, biomedicine ‘appropriates the narrative’ with its cell counts and scans. Poetry hands the narrative back to the body. Imagine a forensic technique confirming the ink brand in a father’s pen and proving the forgery of a will? That’s a good poem right there. Finding the space between has been a process, especially as a poet studying the sciences.’

Warsan Shire is undoubtedly the biggest name on this list. She quietly rose to international acclaim last year, when her words punctuated the tracks of Beyoncé’s visual album, Lemonade.

Shire became the first Young Poet Laureate for London at 25. Now 28, she has established herself as a voice for the marginalised, her poems tackling notions of belonging and the absurdities that are often associated with them. While the themes Shire explores are sensitive, her verse is not. Issues are confronted in deliberate, unapologetic terms, and her words are power, especially when she speaks of people who have very little. It’s clear why Beyoncé chose to recite her.