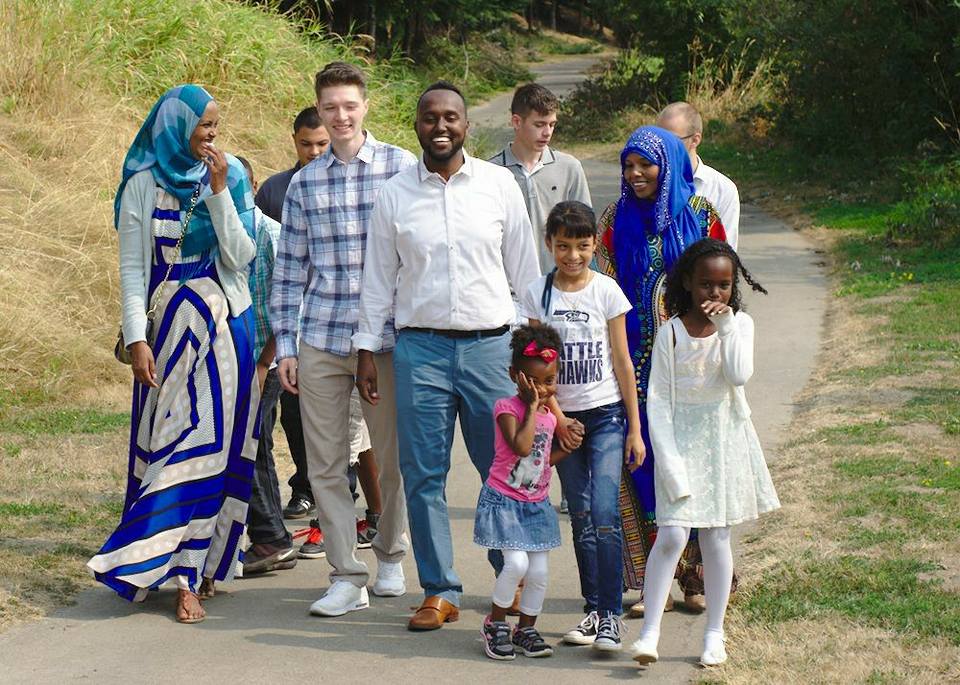 Above: Zak Idan, a newly elected member of Tukwila (WA) City Council, on the campaign trail. Via.

In November 2016, Ilhan Omar made history by becoming the first female Somali American legislator in the United States, when she was elected to the Minnesota House of Representatives.

One year later, Omar’s success appears to have been a precursor of things to come. Earlier this month, four Somali Americans were elected to public office following the local elections that took place across the US.

In Minneapolis, Minnesota, where there is a thriving Somali population, Abdi Warsame narrowly beat Mohamud Noor for a seat on the Minneapolis city council. The incumbent beat Noor by the extremely narrow margin of 50 to 47 percent.

Warsame campaigned on a variety of issues, one being a plan to improve the Somali community’s relations with the police. Following the result, he said: ‘we have won the election with the public vote. I am very happy.’

Staying in Minneapolis, Abdulkadir Hassan won a seat on the city’s Park and Recreation Board.

In Hopkins, a city west of Minneapolis, 26-year-old Fartun Ahmed won a seat on the city’s School Board. ‘It shows you what America is, that my parents – who had no idea, who had never went to school, who don’t even know how to read or write in Somali – can raise this daughter who can be elected to a political position in an office,” she said of her success. ‘That’s what America is.’

Much further west in Washington state, Zak Idan became the city of Tukwila’s newest council member. Having fled Somalia aged 11 at height of the civil war, Idan wrote on Facebook following his victory:

‘I am a living example of the famous John Kennedy quote, “everywhere immigrants have enriched and strengthened the fabric of American life.”’

From the election of Ilhan Omar to the recent success of Idan, Ahmed, Hassan and Warsame, many of us have encountered challenging and uncertain times. But no matter the obstacles we face, we all have the capacity to overcome them – as long as we’re willing to work for it.

As Zak Idan wrote after he was elected: ‘We cannot stay silent, we must take a stand; by going to the polls, speaking truth to those with power, winning elections and becoming a voice for all people, especially those most impacted by injustice.’