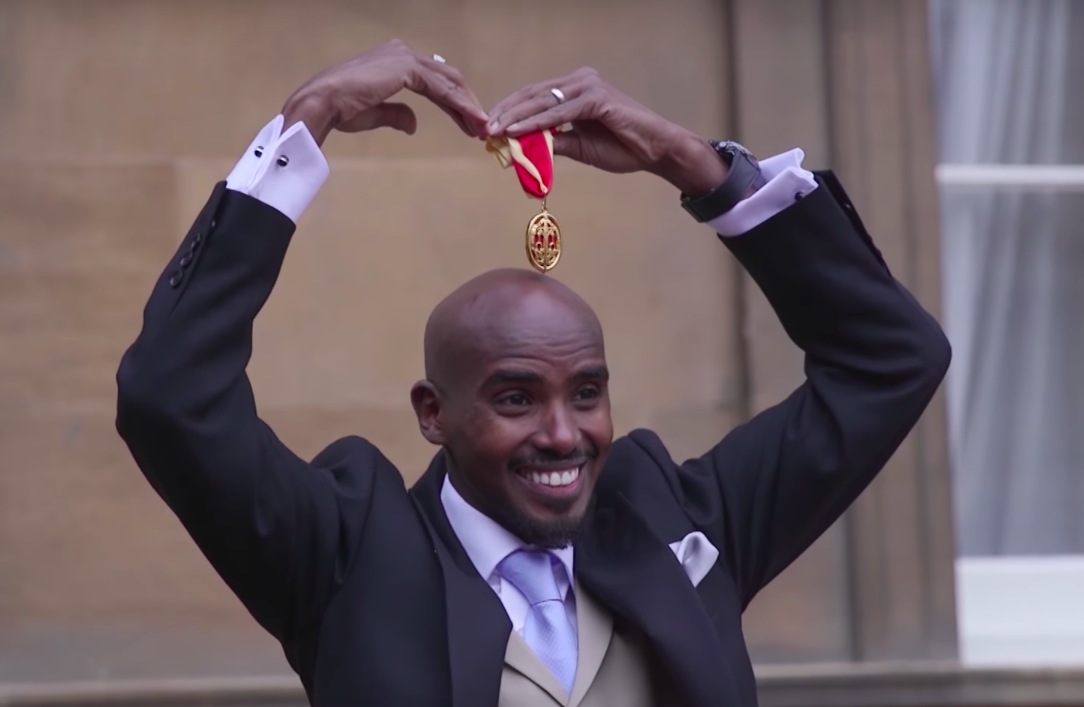 Earlier this week, Mo Farah was made a knight of the realm by the Queen for his services to athletics.

The Somali born runner has arguably cemented himself as one of the most popular figures in British sport, thanks largely to his heroics at the 2016 Olympics in Rio, and due to his legendary performance during ‘Super Saturday’ at London 2012.

Sir Farah described the moment as ‘incredible’. Like any knight worth the title they’ve recently been honoured with, he quickly updated his name on Twitter:

The Somali born runner, who has won 10 international titles, including four Olympic Gold medals, has lived and trained in Oregon since 2011. He now intends to move back to London in order to concentrate on road marathons, having elected to retire from track events.

Sir Farah attended the ceremony with his wife, Tania Nell. In an interview he gave following the ceremony, he explained how the Queen had asked him what he planned to do once he’d stopped running completely.

He told Her Majesty that he was going to give back to the community and support the next generation. Given Sir Farah’s tireless work ethic, commitment to success and consummate professionalism, we’re sure this is a goal he’ll easily follow through on.

Farah’s knighthood lead to an outpouring of support Twitter. One of the more profound congratulations came from David Lammy MP, who wrote: ‘Child refugee to knight of the realm. This is my Britain. Congrats Sir @Mo_Farah’.

Child refugee to knight of the realm. This is my Britain. Congrats Sir @Mo_Farah 🇬🇧 pic.twitter.com/VFwc5nrI6g