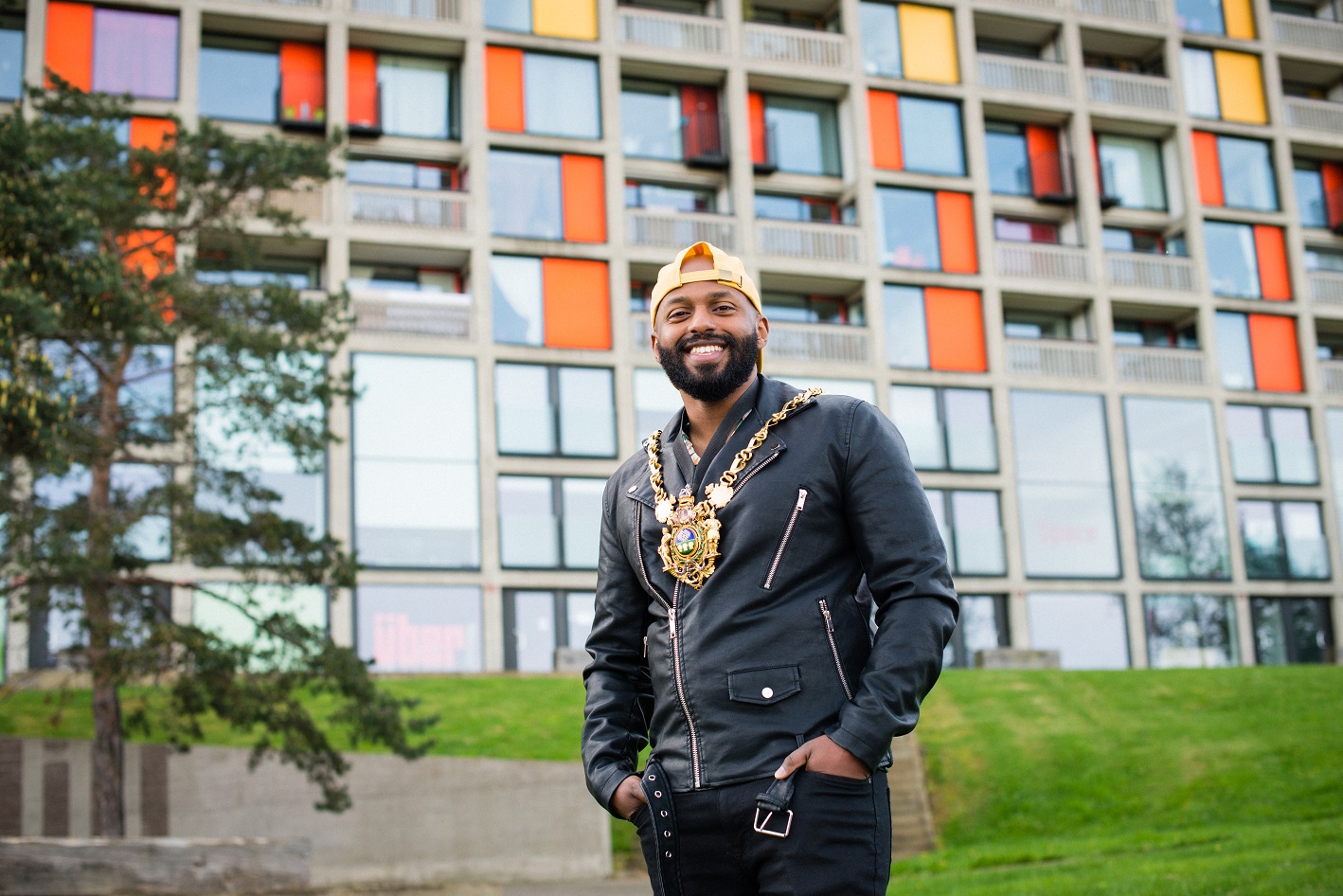 Magid Magid, 28, fled his war-torn home in Somalia for the UK at the age of five. Despite not knowing a word of English when he arrived, 23 years later he has become the first Somali-born Lord Mayor of Sheffield.

Far from the upbringings typically associated with political positions, his is a story of perseverance and ambition. After leaving Somalia “with nothing but hope and courage”, he spent six months in a refugee camp in Ethiopia with his mother and five siblings. His family eventually settled in Sheffield where they’ve said they were “welcomed with open arms.”

His early years were spent overcoming the difficulties of learning a foreign language and adapting to a new way of life. He developed a love of mountain climbing that took him on self-funded expeditions from the Swiss Alps all the way to Kiliminjaro. While he credits these experiences with helping cultivate his desire to overcome barriers, it was at the University of Hull that Magid found a true passion for politics. Here he became involved in activism, culminating in his election as president of the students’ union.

First elected as a local councilor in 2016, last week Magid became the 122nd holder of the ceremonial role of Lord Mayor. His responsibilities will include attending functions as a figurehead of the city, meeting high-profile visitors and acting as a spokesperson for the people of Sheffield. He will also support three charities over the course of his year-long tenure.

“I hope by the fact I am a black, Muslim immigrant – everything the Daily Mail probably hates – people will look and say: ‘In Sheffield we’re proud of doing things differently and celebrating our differences’”, he says.

In assuming his new role, Magid has decidedly broken with tradition to bring the position “into the 21st century”. At the age of 28, he is the youngest person to ever wear the chain of office, and the first Green Party councillor to do so. The list of impressive firsts also includes being the the first Lord Mayor to hold a degree in marine biology, and the first Lord Mayor to have spent a year trekking in the Amazon. His inaugural portrait, perched atop a staircase in Sheffield City Hall, has already gained him widespread acclaim across social media as a symbol of his unconventional approach and relaxed style.

“It’s exciting,” he told the Yorkshire Evening Post. “It’s a bit bizarre, to be honest. It definitely feels a bit surreal, but it’s a massive privilege and honour. A lot of my family and friends can’t believe it.”

He added: “People laugh, not to take the mickey, but just to say: ‘Surely not?’.”

Speaking during the annual mayor-making ceremony, Magid paid homage to his home town, and recognised the role of others in his achievements. “I am not arrogant enough to think that I made it here all by myself”, he said. “I want and need you all to know that today is as much of a celebration about you as it is about me.

“I’m not here to change the world,” he said. “But from any one of the people I meet through my year in office, whether they are volunteers, students, artists or entrepreneurs, they may be the ones who do.”