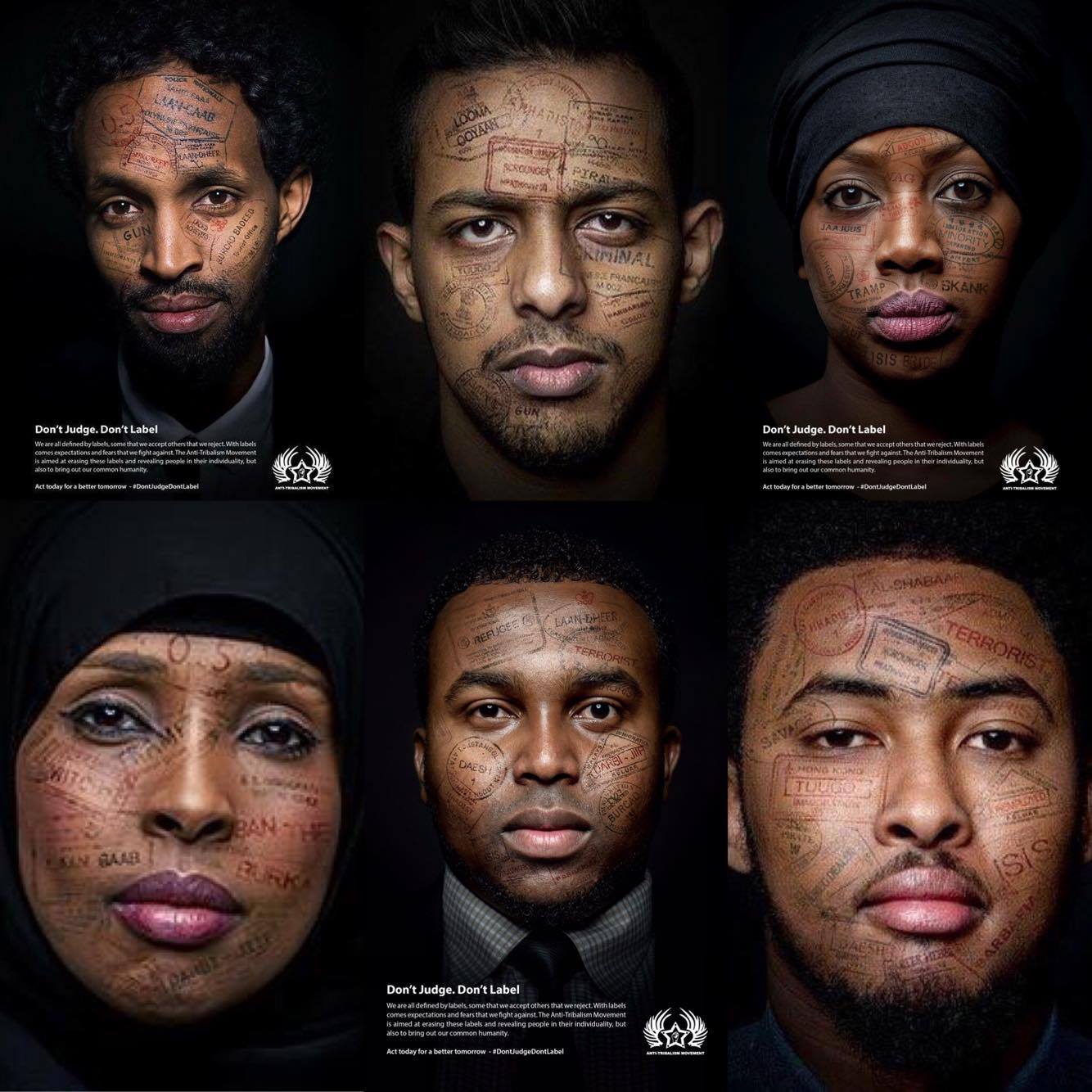 How you should respond to an incident of tribalism.

In my job at the Anti-Tribalism Movement, I am often asked how you should respond to an incident of tribalism. Imagine eating at restaurant and overhearing acquaintance making a nit-picking comment about someone’s clan. Or imagine being on a bus in Somalia where a fellow passenger has started abusing another passenger because of their clan. Or visualize being at Starbucks, witnessing group of girls stating they will not marry certain clans. What should you do? Or, maybe more to the point, what would you do?

Such questions take us into the jurisdiction of moral psychology. We are interested here not only in what is the right thing to do – but also how it is that we can come to do the right thing. When it concerns tribalism, after all, very few people would be in dispute about right and wrong. With the exception of extremists, no one would wish to endorse tribalism; just about all of us know nasty tribalistic behavior when we see it. Yet there is not always clarity about the best way to counter, and not necessarily confidence about whether we may have the courage to respond appropriately.

Let me be clear at the beginning about the moral quality of any honest conversation about tribalism. There is something moral, because the question of tribalism involves how we treat others. When an act of tribalism occurs, it harms the social standing that another person or group of people enjoy. It can also harm the freedom and well being of its target. Any society concerned with combatting tribalism will necessarily be interested in promoting certain characteristics among its members: tolerance, respect, decency, understanding and fairness.

Tribalism can be born of fear and anxiety. Fear is, as you would know, a primitive emotion. All animals can exhibit something resembling fear when confronted with perceived threat. And it is not merely a primitive feeling. Fear can also be tied to reason. Though fear in its most immediate sense involves a heightened concern about the immediate safety of one’s own body and life, it can also extend to one’s culture and community. This has been one thread that has run consistently through the historical fabric of tribalism: the fear that a certain other poses a danger to a shared ownership or way of life.

Then there is envy and resentment. Tribal aggression can be connected with feelings that members of some clans may possess goods that one does not. It is established, for instance, that general levels of tribalism can be heightened during periods of war or conflict. But even in more prosperous times, feelings of resentment about the perceived advantages of others can arise.

Tribalism can also be the product of ignorance and arrogance. It may not necessarily be the case that those who say or do things with tribalists implications mean to inflict malicious harm. Sometimes the damage can be done innocently or incidentally – because one simply may not know better. This is the case with so-called casual tribalism, where someone can make something like a throwaway comment that has the effect of denigrating or humiliating another because of his or her clan. What one person may regard as harmless may in fact inflict some injury on another. To name one example is the fairytale Somali story of a man refused to vomit dead meat he has eaten, which eventually made him impure and his offspring’s are considered as subhuman- ignorance at the lowest level.

Fear and anxiety; envy and resentment; ignorance and arrogance – these are some of the psychological roots of tribalism. But they all share one thing in common. They all involve, to varying degrees, a withholding of sympathy or compassion from those who are subjected to tribalistic behaviors.

When it concerns tribal marginalization, those in positions of social privilege (Clan chiefs, clerics, leaders and influencers) commonly dismiss or underestimate the harm of clan discrimination. And they regularly fail to understand that sometimes fighting back against tribalism is not as easy as it may seem. They can fail to understand that the power to which they are accustomed to exercising may not necessarily be exercised by those less powerful or marginalized.

To defeat tribalism, it requires individual and collective actions. We should be able to create awareness of tribalism and its effects on individuals and communities, to promote good practice in combating tribalism, and to empower people to take action against tribal prejudice and bias when it occurs. Recently Anti-Tribalism Movement conducted a campaign (Speak No Tribalism, Hear No Tribalism), the name says all but this campaign invites individuals to take a stand against tribalism. In a little over a year more than 20,000 have joined to promote the cause, from all over the world. The campaign has underlined the importance of bystander anti-Tribalism. It has encouraged people to consider the role they can play in responding to tribalism when it happens.

It is the interest of all us to do something when we see a tribalistic incident. Bystanders do, of course, assess the advantages and disadvantages of interference: many can quickly conclude that the potential price of speaking out against tribalism outweighs the benefits of doing so. But when bystanders speak out against tribalism, it can have profound effects. Hearing or seeing a bystander intervention can foster increased expressions of anti-tribalism. It can also defeat some of the conditions of tribal prejudice, given that those who tribally abuse others tend to believe that those around them share their attitudes. That is to say, bystander action stops someone committing an act of abuse from thinking that the community accepts their behavior.