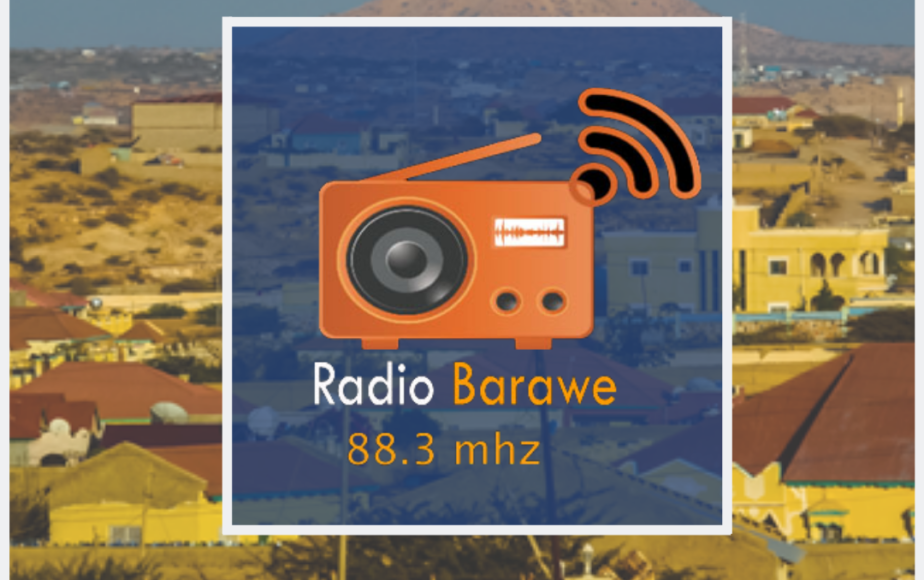 Social media was in an uproar over the last few days following the closing of a local radio station in Barawe, Somalia. Radio Barawe serves a diverse local population including the marginalised Bravanese community. The order to close the radio station was allegedly made by South-West State officials. The case was escalated with an announcement this morning on 22nd April, whereby the Barawe Director Fuad Shooble was dismissed from his  role at the South-West State Ministry of Information, following claims of creating a private radio station whilst in the employment of the ministry. The good news is that Radio Barawe is now back on the air as of this morning broadcasting just as it was operating before. Or has it?

The melting pot, that is the coastal town of Barawe is home to various groups such as the Bravanese and Tunni communities, languages spoken alongside the standard Somali include Chimwini and Tunni which have meshed over centuries, their vocabulary is heavily influenced by Somali, Swahili, Portuguese and Arabic.

The move to shut down Radio Barawe – although unsuccessful, it is portrayed in a familiar montage of discrimination, abuse and marginalisation of vulnerable communities from state and non-state actors, for example, during the civil war, the community faced severe repression and violence when the Somali state collapsed. Barawe was at the mercy of Al-Shabab between 2009-2014, though they continue to be subjected to violent land-grabbing from newly migrated communities and local henchmen.

Barawe represents a direct challenge to the nation-building myths of so many successive governments, borne out of Somalia’s break from colonial rule. The very idea of a one nation, one language, one culture and one religion was intended to instil a sense of unity across Somali society. Instead, it manufactured cultural homogeneity and an assimilation familiar only to one group, the archetypal male pastoralist nomad.

“Somali national identity and citizenship has always been premised on the normative figure of the adult male of pastoralist origin who belongs to the dominant clans and speaks Af-Maxaa dialect. These are the men who inherited the state after colonialism and still hold Somalis hostage.”- Safia Aidid

One must go further and state that they do not just hold Somalis hostage, but also their own future to be free from discrimination and prejudice. In 2002, the United Nations Office for the Coordination of Humanitarian Affairs (OCHA) estimated that “minorities” constituted one-third of the Somali population. The term “minorities” is contentious in the Somali context, as groups, such as the Bantu cannot be statistically classified as “minorities” due to dubious population records, all we know is that they are heavily marginalised,  “splintered within society, and generally lack political and military organisation compared to majority group (Minority Rights Org).”

Thus, states must protect the existence of minorities (UN Declaration on the Rights of Persons Belonging to Nation or Ethnic Religious and Linguistic Minorities). Federal Member states must recognise that their ability to thrive is dependent on the full engagement of all its constituents in social and public life. Contributions to culture are the lifeblood of a society and what promotes tolerance between communities. The decision to reinstate the radio was a positive move from the South-West State administration. Beyond this, a committee for marginalised rights must be established across federal and central government bodies to account for the concerns and interests of these communities.

Cultures are not wiped out in a day – they are pulverised to extinction over centuries of sustained oppression. The closing of a radio station today could put an entire way of living under threat tomorrow. The priority must be the right to protection and the right to practice their culture, language and identities. This is not just a human right but a life of dignity and respect for all.

The prosperity and stability of Somalia will depend on the fair treatment and dignity of all its citizens. Quite frankly, its place in the world and beyond depends on it.

To find out more about Radio Barawe click here.