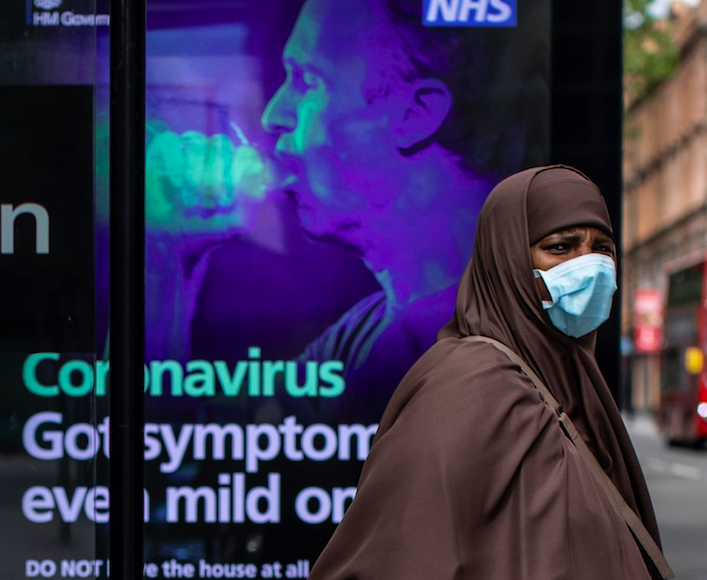 On the 24th April 2020 we published our Covid-19 in the Somali community policy briefing with the support of 27 charities operating in the U.K. We called on our government to recognise the dangerous disparities in outcomes we were witnessing in relation to the Somali community in the U.K. We also uncovered the transnational financial impact of Covid-19 on the remittance industry in May. The report from PHE sites prior comorbidities, poverty and over-crowded housing as some of the contributing factors which were also quick to highlight in our April briefing.

Most Somali-Britons live in the capital where the most deaths were also recorded – three times higher than the region with the lowest rates, the South West.

We have campaigned extensively in the past for the Somali ethnicity to be included in the census to accurately capture data on Black-African British people. PHE’s report over-came this data obstruction by recording covid-19 deaths based on place of birth and found that the biggest increase in migrant mortality consisted of those born originally in countries such as Nigeria, Ghana and Somalia.

The gap here is that this data would not have captured young British-Somalis who were born and raised in the United Kingdom. Further to this, the report cites language barriers as a contributing factor to the discrepancies between the statistics on ethnicity.

“People of BAME groups are also more likely than people of White British ethnicity to be born abroad (22), which means they may face additional barriers in accessing services that are created by, for example, cultural and language differences.” –

– Public Health England, Disparities in the risk and outcomes of COVID-19 2020

We would reiterate that this would be a barrier specifically for particularly older people aged 40 and above or those who have recently arrived in the U.K. We maintain that the being “born abroad” should not equate with “facing additional barriers in accessing services”. Our report identified these challenges and is committed to ensuring that Britons of any background, ethnicity or creed are able to access the national health service based on their essential rights not on where they were born.

The report showcases the inequalities that many charities like ourselves became starkly aware of as the pandemic ripped through our communities. The national re-emergence from the Covid-19 pandemic must be consolidated with a clear plan to process the data shown in this report and protect vulnerable communities.