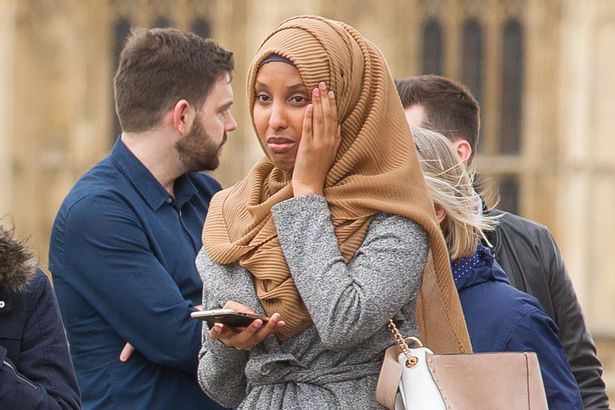 A young Muslim woman, who was photographed walking past the scene of last Wednesday’s terror attack in London, has spoken out after becoming the victim of online hate trolls.

Shortly after the incident, in which four innocent people tragically lost their lives, an image of the unidentified woman surfaced online. It depicted her walking over Westminster bridge moments after spineless terrorist Khalid Masood had rammed his car into passers-by at speed.

The picture was swiftly circulated online and caused an avalanche of abusive and bigoted comments aimed at the Muslim community from the far right.

The woman – who was wearing a long coat, a headscarf, and a shoulder bag in the image –  was widely criticised by far-right trolls. They claimed that, as she was holding her phone, she was indifferent to the chaos surrounding her. “Muslim woman pays no mind to the terror attack, casually walks by a dying man while checking phone,” reads a tweet from social media user Texas Lone Star. 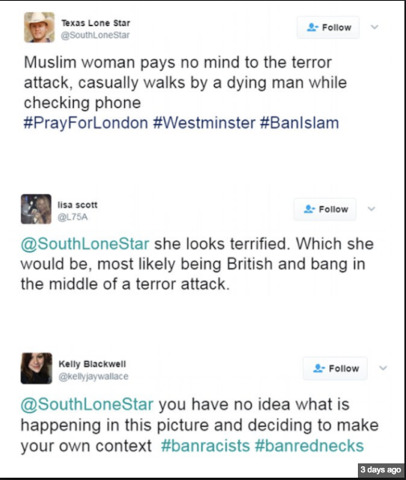 But the young woman hit back at the trolls this week and defended herself. “I’m shocked and totally dismayed at how a picture of me is being circulated on social media,” she said in a statement that appeared on the Twitter feed of charity TellMAMA. “My thoughts at that moment were one of sadness, fear, and concern.”

She added: “To those individuals who have interpreted and commented on what my thoughts were in that horrific and distressful moment, I would like to say not only have I been devastated by witnessing the aftermath of a shocking and numbing terror attack.

“I’ve also had to deal with the shock of finding my picture plastered all over social media by those who could not look beyond my attire, who draw conclusions based on hate and xenophobia.”

The Twittersphere then lit up with a blizzard of support for the nameless victim of hate crime. 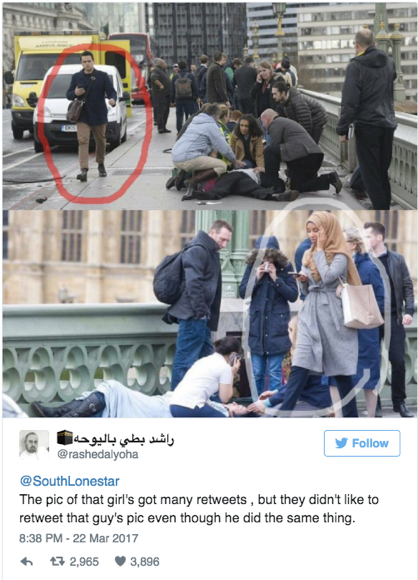 The unfortunate reality is that incidents like this always leaves Far Right extremist rubbing their hands together. Far-right commentators don’t waste any time capitalising on and manipulating events to spread their hateful message and boost the credibility of their paranoid ramblings.