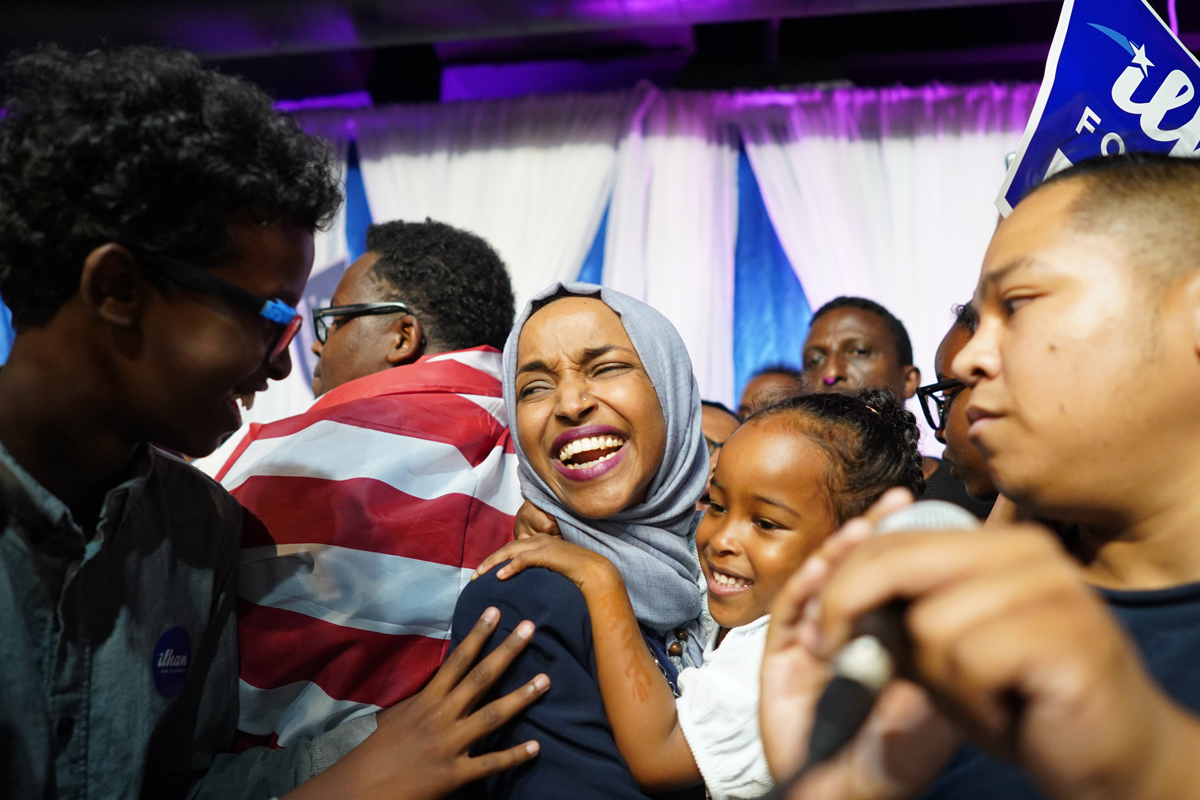 Until last month, Ilhan Omar was a little-known figure in US politics. Now, after a decisive victory in last month’s primary race to represent Minnesota’s 5th Congressional District, she’s on her way to making history.

Born in Baydhabo, Omar spent four years in a Kenyan refugee camp, having been forced to flee the horrors of civil war.

She immigrated to the US with her family at the age of 12, surrounded by an unfamiliar culture and unable to speak English, but she never let these early challenges get in the way of hope and determination.

In fact, as she described in her victory rally, they became a source defining source of motivation:

“In my last race, I talked about what my win would’ve meant for that 8-year-old girl in that refugee camp. And today — today — I still think about her, and I think about the kind of hope and optimism that all of those 8-year-olds around the country and around the world get from seeing your beautiful faces elect and believe in someone like me. So I humbly thank you.”

But Omar isn’t just shattering the glass ceiling for women, she’s also giving women of colour and faith a stake in politics:

“It’s exciting because to me what that says is there are so many people that are going to be able to see themselves, their story, their journeys being represented in Congress now and so that that for me is really exciting. And it’s also scary.”

There are a lot of expectations to live up to and, as Omar well knows, facing down critics and standing up for your convictions isn’t always easy.

Thankfully, her upbringing has prepared her for the political battles to come – encouraging her to believe in her policy solutions, skills of debate and, most importantly, herself:

“I grew up in a household where politics was discussed. I never really imagined or saw myself as a politician. I always knew I loved debate; I love the idea of discussing policy. And, you know, I do political training, they say statistically, women, it takes them seven times to be asked before they make the decision to run for office. Men just wake up and they’re like, “I’m going to run for office!” And I used to say, every time someone would ask me, that it would probably take 14 times because of all of my otherness to actually think of that.”

Much commentary has been focused on this, Omar’s trailblazing difference; but there has been less talk about her position on the main issues and concerns among the Somali diaspora, and her views on how to tackle them.

Here, her stance is characteristically optimistic and action-orientated. For example, when it comes to combatting issues of radicalisation by Al Shabaab and other extremist groups, Omar thinks political and media representation can make a profound difference:

“What (young Muslims) are probably seeing on TV for the first time is that we don’t only have people who are anti-Islam going up against non-Muslims who are defending us, but you now have people like me who are speaking for what it means to be a Muslim and what it means to exist in a Western society. So I think that is going to influence the way that young people who are of the Muslim faith in this country see themselves and how they are going to develop the kind of self-esteem it takes to really resist the kind of issues that arise.”

Her stance on fighting Islamophobia is similarly hopeful. Omar herself was a victim of Islamophobic hate, threatened by cab driver who made a bigoted accusation that she was part of ISIS.

For some people, the incident would be enough to cause them to think twice about a role in public life. But in Omar’s case, it only strengthened her conviction that the remedy for hatred and polarisation is participation – to drown out detractors’ claims by asserting one’s own:

“We are experiencing much higher threats than even did in the aftermath of 9/11, and so it is scary, but what is hopeful and exciting is to see the rise of Muslims in politics, in positions of influence. Just this year we had over 90 Muslims on the ballot across this country. For the first time in our nation’s history we might have four Muslims. So that number is going to double.”

“Muslims in America are saying, ‘We are citizens and our citizenship is not conditional. We have a voice and we have the opportunity to influence our nation for the better.’”

It’s important we continue to spotlight stories like Ilhan Omar’s, not just during National Hate Crime Awareness week, but all year round. Her journey, her rhetoric and her attitude have the potential to inspire millions for whom hatred is a very real fear and who might previously have regarded political office as a distant dream.

It’s hard to quantify how much her place on Capitol Hill would matter. What we do know for sure is that her activism has already changed America, enriching its politics through “diversity in thought, in representation, in inclusiveness.”