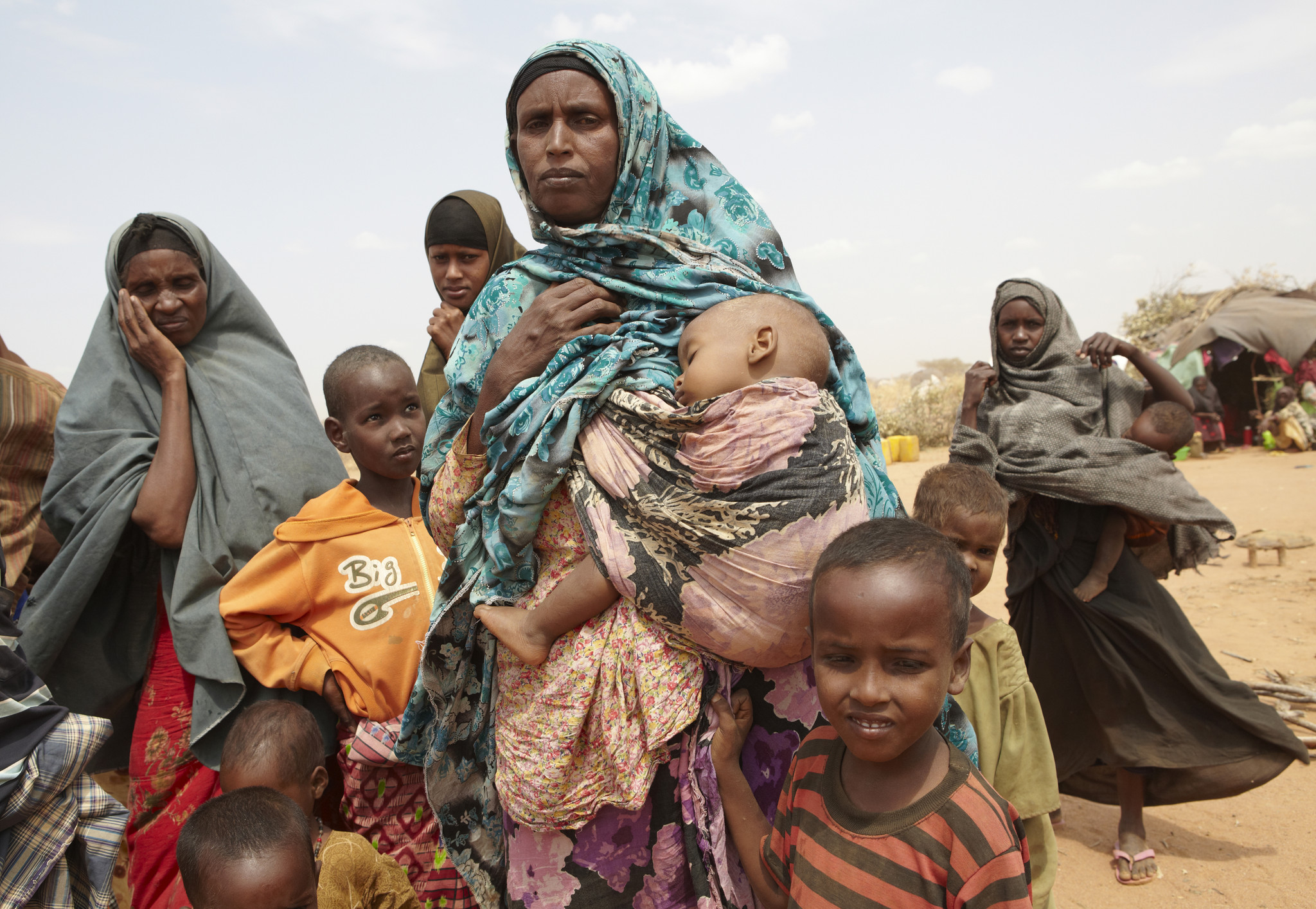 Last month, the World Health Organisation issued a stark warning that Somalia was at risk of suffering its third famine in just 25 years. This is serious business; the last one took place in 2011 and killed and estimated 260,000 people.

According to the United Nations, more than 6 million people in Somalia – half their population – are already facing “acute food insecurity”. Now humanitarian groups are warning that we have a small window of opportunity to avoid another disaster like the one in 2011.

How has this happened? Somalia is a country that is plagued by severe droughts, low levels of rain, and rising food prices. To top off all that, the number of people affected are causing difficulties for those delivering aid. All this has led to the UN warning that an “immediate and massive” response is needed to avoid a complete catastrophe.

It’s not just the UN who are worried about the situation in the African country. Almost 3 million people face emergency food insecurity, according to a recent study by the Food Security and Nutrition Analysis Unit (FSNAU).

That’s extremely worrying for many reasons; it’s a number that is rapidly escalating (having more than doubled in six months) and ‘crisis and emergency’ is one category away from full-on famine. The FSNAU concluded that over 363,000 acutely malnourished children need urgent treatment, around 71,000 are classed as severely malnourished.

“With the spring rains expected to be much lower than average, we have a small window to stop what happened in 2011 from happening again,” director of Save the Children in Somalia, Hassan Saadi Noor, says. “But that window is quickly shutting.”

By all accounts Somalia is in trouble; millions of people there desperately need food, water, and medical attention. These people will remain at risk unless we act now. How can we help? We should all, of course, be involved in fundraising. But, as members of the global human race, it’s also our responsibility to spread the vital word about what is happening and how we are all responsible for the relief effort.

If you saw a child starving in the gutter on the way to work today you would help, right? Even if people are located thousands of miles away and are of a different race, ethnicity or gender, they are still our neighbours. In a world obsessed with fighting wars, gaining more capital, and developing infrastructure, it’s easy to shrug off the plights of others and focus on our own individual needs, wants, and desires. But we must never forget that the relief and survival of millions of people in Somalia and beyond depends on our generosity and moral duty of care.