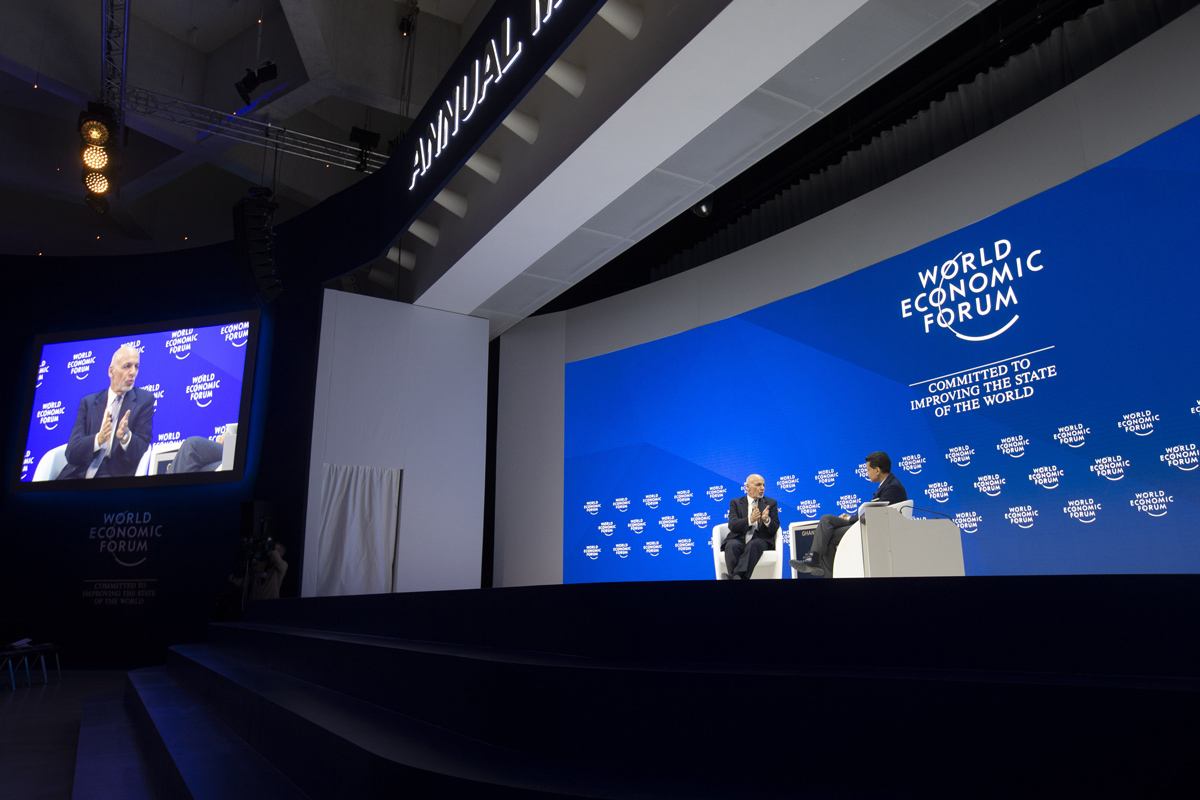 This year the World Economic Forum Annual Meeting in Davos was co-chaired by Mohammed Hassan Mohamud. Being a Somali refugee who has lived in Kenya’s Kakuma camp for the last 20 years, this piqued our interest here at ATM. When we dug deeper, we found that he had never been out of Sub-Saharan Africa, with no passport and not even an official birth date, and that it is tantamount to a miracle that he was in Davos at all.

With an aim of putting the rights of refugees onto a global stage as well as changing the way people think of and engage with people who have been displaced worldwide, it is his strength of character which has got Mohammud this far. “I want to be the last generation of people who are confined to camps for 20 years. No human deserves to be in a camp for that long, it really messes with your head.” An ambitious goal of redefining the purpose of the refugee camp drives Mohamud, as well as an intrinsic belief in people. “We have people with talents who, given a chance, can perform. Let’s move away from this model of handouts and see how we can really empower people to provide for themselves.”

These are big ambitions from the youngest Zonal Chairman at Kakuma, a refugee camp established in 1992 for 20,000 children separated from their families. Since then it has grown, and so, too, have Mohammed’s responsibilities, overseeing the subsection Kakuma 1, where he represents more than 20,000 people in the most populated area of the camp. His duties range from meeting with the UNHCR and the Kenyan government to make sure enough support is being provided, to ensuring that all the services are running smoothly and that there are “teachers in classrooms and water in taps.”

However, with adequate water, homes made of iron sheets, and some access to medical facilities, it is actually the unseen issues which are often the most challenging; “What I deal with is mainly psychological. It’s about finding a home. It’s about identity. And that’s what causes problems. You become comfortable with handouts. And then slowly, slowly, these environments become your default settings and then you can’t function in other places.”

Often involved in resolving conflict between refugees and those from the host country, Mohamud has created a peaceful coexistence through utilizing his own story to his advantage. “My life is my fuel. I just look back and I see what happened to my parents [and] I just want people to have something better than I had. To have a better experience.”

Education is also important to Mohammed, with the death of his mother from heart disease acting as a wakeup call to start studying and becoming a leader capable of shaping his own future. With a number of Universities setting up hubs at the camp, they provide long distance learning. This is something Mohammed believes is key to the refugee community, offering them the chance to pursue their dreams.

For us at ATM it is great to see a Mohammed co-chairing at Davos. Having had such a difficult upbringing, it’s truly inspiring to see someone rise all the way to a position of such importance. With the theme of this year being Globalization 4.0, it is particularly significant. With Mohammed’s belief that the labour, brains and talents of refugees can play a part, and the world watching, there is real cause for optimism and it will be exciting to see how the world reacts. As Mohammed says, “What do I inspire you to do?”