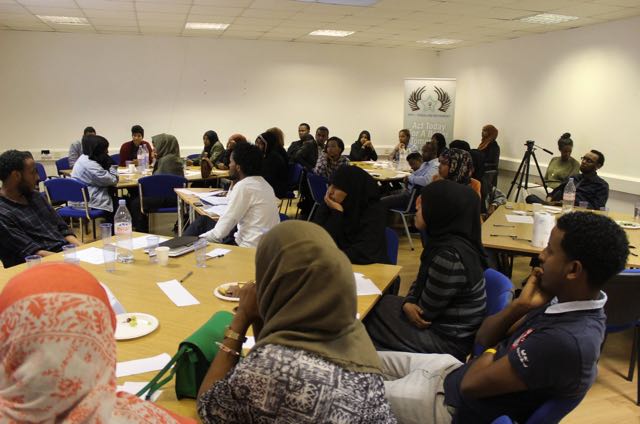 Anti- Tribalism Movement (ATM) is a registered non-profit organisation aimed at educating and raising awareness about the effects of tribalism within communities. ATM is based in London and Mogadishu and their key priority is to provide a range of services to people affected by the social inequalities of Tribalism. ATM was established in 2010 in London by young British-Somalis dedicated to ending clan based discrimination in the United Kingdom and Somalia.

Currently, ATM have several programs such as, Lead and be led and Unite Summit. Lead to be led is a project that empowers and enables young Somalis to become ambassadors within their communities. The Unite Summit is a summit held by ATM several times a year to help discuss and tackle the issues in the Somali community by bringing together 50 leading Somali organisations, young leaders and experts across the UK.  In addition, ATM is in the process of collaborating with academics on an international research project to identify the root causes of tribalism within Somali communities. The Director of ATM Adam Matan states that, “Once the research is complete, we plan to develop a book that will be included in the Somali education system to help educate children about the clan system and will inoculate against misuse of these differences later in life.”

Recently ATM have completed five successful and engaging open-minded debates set up to discuss important subjects which are considered a taboo and stigmatised within the Somali community for e.g  FGM, Skin lighting, Tribalism, Young Somalis in the Criminal Justice System. Also, there have been several reconciliation workshops in Somalia and other parts of the world to create dialogue and action for conflicted communities. Moreover 30 young Somalis completed their ATM leadership training programme, and will now be able to become active citizens and community champions.

In the future, ATM aim to focus on creating more leadership programs to help create more leaders and community champions, advocacy, and research. “We have up to 130,000 members that strive to combat prejudice, tribalism and violence around the world.” Adam Matan