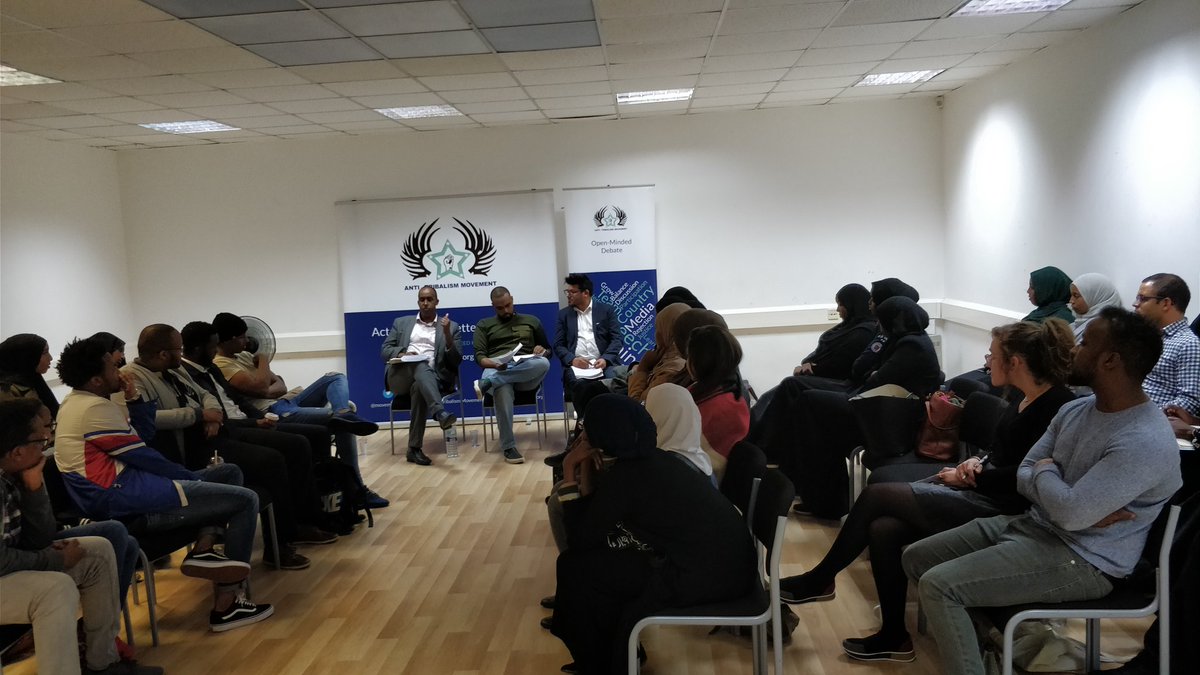 Above: the debate in full swing.

Last week, ATM House in Shepherd’s Bush played host to a lively debate on the issue of community cohesion. The event welcomed a pair of speakers: Mohamed Ibrahim, Chair of London Somali Youth Forum, and a community activist and housing consultant; and Pasha Shah, Senior Policy Advisor at the Department for Communities and Local Government.

London is a culturally diverse city, one that welcomes people from across the globe and gives them a chance to prosper. However, the tragic events over the summer, particularly the Grenfell tower fire, brought to light divisions that are still prevalent across the capital but also highlighted the power of the community to come together during the most difficult of times. Community cohesion, once a fixture of London life, has sometimes seemed like a distant memory during summer 2017.

So what did Shah think should be done to recapture unity and cooperation within our neighbourhoods? During the debate, Shah said that it is everyone’s responsibility to understand local communities. It is not the sole duty of new arrivals to merge with the flow of daily life on their streets; the people already living there should help them feel like they belong, too.

In some ways, Shah argued, this is already happening in schools, youth groups, and sports clubs. Young people, free from the preconceptions that can worry older generations, are often the best examples of communities getting along.

This played into a larger point: integration takes time. Other immigrant groups are more entrenched in the UK as second, third and even fourth generations have grown up in the country. Their unique culture is still in place, but it is also more familiar within the wider context of communities. Shah feels that the same will happen with Somalis in time.

Mohamed Ibrahim proposed a more direct approach to promoting community cohesion. He stressed that young people need to make their voices heard on a social level. He suggested that Somalis should engage with local politics and ensure their opinions are represented. This point was largely echoed by the audience, who agreed that visibility is key. The more Somalis there are in the public eye, the more chances there are for them to engage with the wider public. After all, you can’t foster community cohesion without communication.

For such a complex talking point, the takeaways from the night were surprisingly straightforward. If you’re young, Somali and interested in politics, get involved with politics. If you are concerned with media representation, then strive to get your voice heard on a platform, even if it starts with something as simple as Twitter.

And if you feel passionate about something positive, whatever it may be, pursue it. Communities thrive when people listen to each other, tackle issues in a collaborative manner, and work together towards their goals.

If we do all these things, cohesion will again be a fixture of life in London.