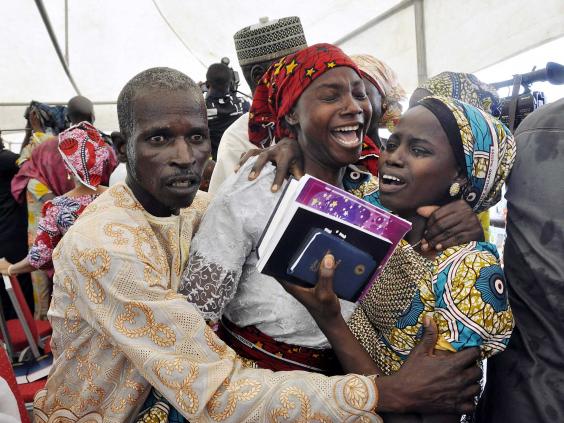 “We would prefer that they are taken away from the community and this country because the stigmatisation is going to affect them for the rest of their lives.”

This is the horrifying reality articulated by Chairman Pogu Bitrus of the Chibok Development Association. The label of having once been a “Chibok girl” kidnapped under Boko Haram is beyond devastating for victims in Nigeria. Yet, it is a label which informs every aspect of the lives of the girls and destroys their future.

The Nigerian government is negotiating the release of the girls, who were kidnapped more than two years ago, but recent news has highlighted that more than 100 of them are refusing to come back – which is disturbing to say the least. The stigma of the labels they will be associated with is a huge part of this. But the unwilling girls may also have been radicalised, or forced to marry the fighters and have their children.

The brutalisation of young children, both girls and boys, is being unravelled in other parts of the continent. We know that Al Shabaab is using child soldiers who barely look 13 years old for ferocious operations in the shores of Puntland and southern Somalia.

“I don’t know why I joined the fighting. I just want to be normal again,” said captured child soldier, Jaffar, in a recorded interview in Puntland.

Earlier this week, Al Shabaab killed at least 35 people in the Afgoye district, southwest of Mogadishu. The terrorist organisation’s mission is to spread as much violence and chaos and as possible.

Meanwhile, inspirational youth groups are getting together to rehabilitate young people affected by violence.

Elman Peace and Human Rights Centre in Mogadishu was recently featured in a piece by Vice. The organisation works to counter the influence of groups like Al Shabaab by providing education, support and rehabilitation to former child soldiers and at-risk youth in Somalia.

Founder Fartuun Adan and her daughter Ilwad Elman said: “…because of the security situation, everyone is fearful of everyone, especially young people. Every young person is perceived as a perpetrator or potential perpetrator, and with that is a huge missed opportunity where young people can be the real prospect for peace and stability in Somalia.”

Their incredible work is a reminder that even in the most difficult of circumstances we can turn labels around through positive action and empower young people to be the best they can.

If you’d like to get involved with the work that we do, contact us to become a member.