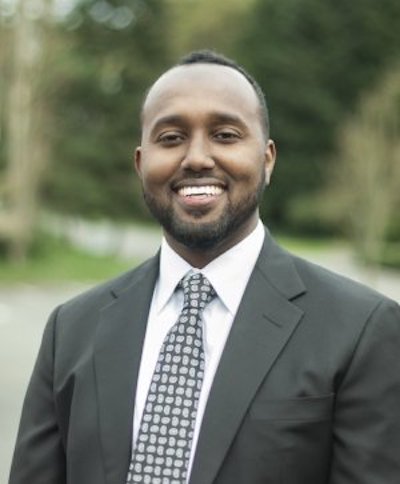 Earlier this month, we told you about the four Somali Americans who had recently won in local elections that took place across the United States.

Three of the candidates were elected in Minnesota, a state with a thriving Somali population where migrant involvement in local politics is fast becoming the norm. The other victor, Zak Idan, won much further west, in Washington, where the Somali community is less visible nor as entrenched.

We’re not noting this to detract from the achievements of the Minnesota candidates, but the location of Idan’s victory is significant for what it represents: a growing focus on community activism, not just for Somalis, but immigrants and Muslims, too. It appears that uncertain times in the US are making migrant communities more political, not less.

As Idan wrote after his victory: ‘My anger and fear from last year is partly what moved me to run for office, it has taught me that rage followed with concrete action is what produces progress.’

Zak Idan, 29, came to Washington from Somalia as a refugee when he was 11. His family settled in the city of Tukwila. Describing their passage, he said: ‘My family and I survived the chaos of civil war, and being displaced at a refugee camp. Our journey to America was the promise of hope…I remember how scary it was to land in a new country where you do not share the language or culture.’

His anxieties were soon allayed by the local community: ‘our new neighbors brought us treats and…even took the liberty to walk us to school,’ he says. ‘I have endless gratitude, for their acts of kindness have shaped my journey in life.’

Last month, Idan was elected to Tukwila’s City Council. It may not be a position of considerable power, but his campaign still saw him gain the trust of the local community by pounding the pavement, knocking on doors and advocating for affordable housing and a just and equal society.

While he no doubt spurred Tukwila’s immigrant community to vote, his commitment to running an inclusive campaign meant Idan, a Muslim Somali, probably won the white and African-American vote as well.

Tukwila is not a big city. Idan’s new position is only a part-time gig. However, democracy begins with local people, small communities and grassroots movements. These often unseen groundswells arguably led to the enormous political shifts we’ve witnessed in the US and Europe over the past two years, but this simply reveals the potential for them to shift the other way.

Idan, who is now the only Somali-refugee office holder in Washington state, proves that change is happening.

Idan’s election should serve as a huge source of inspiration for the diaspora, whether in the United States, the UK or elsewhere. This year, we have celebrated the achievements of high-flying figures like Ilhan Omar and Sir Mo Farah, yet we wouldn’t blame anyone for feeling ill-equipped to match their accomplishments.

Idan, however, is probably more like you, or maybe someone you know. He left Somalia and settled in an unfamiliar country where, despite many challenges, he went on to graduate from university. Idan soon became interested in politics, and when he saw the state of America in 2017 he felt imbued to fight for a better one, starting with his own community.

We all have the capacity to emulate Idan’s journey, no matter where we are. If we start by working for change on a local level, we create progress that will close the gap between the small and the powerful.

“As an educated Black, Muslim, immigrant who has come into politics through grassroots support, I wanted to run for office to create a bridge for all of us to connect regardless of beliefs, immigration status or socioeconomic backgrounds. The disconnect between those who are most impacted by policy decisions and those with the power to make them is significant and we must ensure that the people who have been denied a voice have a seat at the table. Ensuring we have adequate representation matters now, more than ever.”