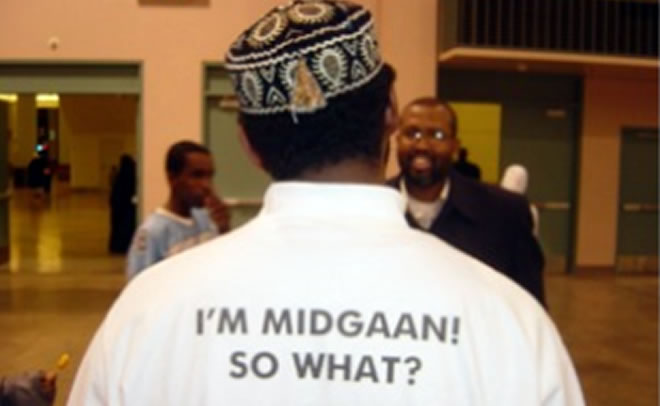 NAIROBI (HOL) –For two professors Abdi Kusow and Mohamed Eno, the inequality and discrimination faced by Somali minority groups in Somalia is an important topic that media and other writers failed to portray, something which forced the two professors to take matters into their hands by making an extensive research into the topic which earned them the prestigious 2015 Maines Narrative Research Award.

Titled “Formula Narratives and the Making of Social Stratification and Inequality.” the two researchers use Somali original narratives to describe the ways in which Somali minority groups are discriminated and deprived of their own social rights, by pushing them further from their social boundary of Somaliness.

“I personally believe that truly acknowledging some of the serious inequalities and the level of other-ing and discrimination in our society is the first step toward a fair, just, and truly inclusive Somalia.” Kusow told HOL.

Asked what made him interested in in this kind of research, Dr. Kusow said “I have always been interested in the idea of justice and equality. Also, I am a sociologist, and I study how societies are organized including the nature of social inequalities.”

Professor Eno, the co-author of the article, also agreed with Professor Kusow by saying “…bringing such a topic into the discursive forum will educate the Somali society, particularly the open-minded people, along the path to a more just and equal society.”

Addressing the prejudice against minority groups in the country has never been an easy job, a one which left many stigmatized.

” People have to question and reflect on the immoralities lodged in the heart of this kind of social inequality which is against the Islamic doctrine as well as the theories of social development.” Enow says.

The Maines Award is an annual competition that aims to address Maines’ pragmatist approaches, and applies narrative concepts to a social or communication event to develop aspects of Maines’ scholarship in new directions.

“I also believe that creating such a society is not just beneficial for just the so-called minority groups, but for every Somali.” Kusow said in an email interview with HOL.

If you are interested reading the article that earned the two professors this award, please visit this academic web site in the Sociology Department at Iowa State University: Web site: http://www.soc.iastate.edu/staff/kusow/Formula%20Narrratives%20and%20Social%20Stratification.pdf