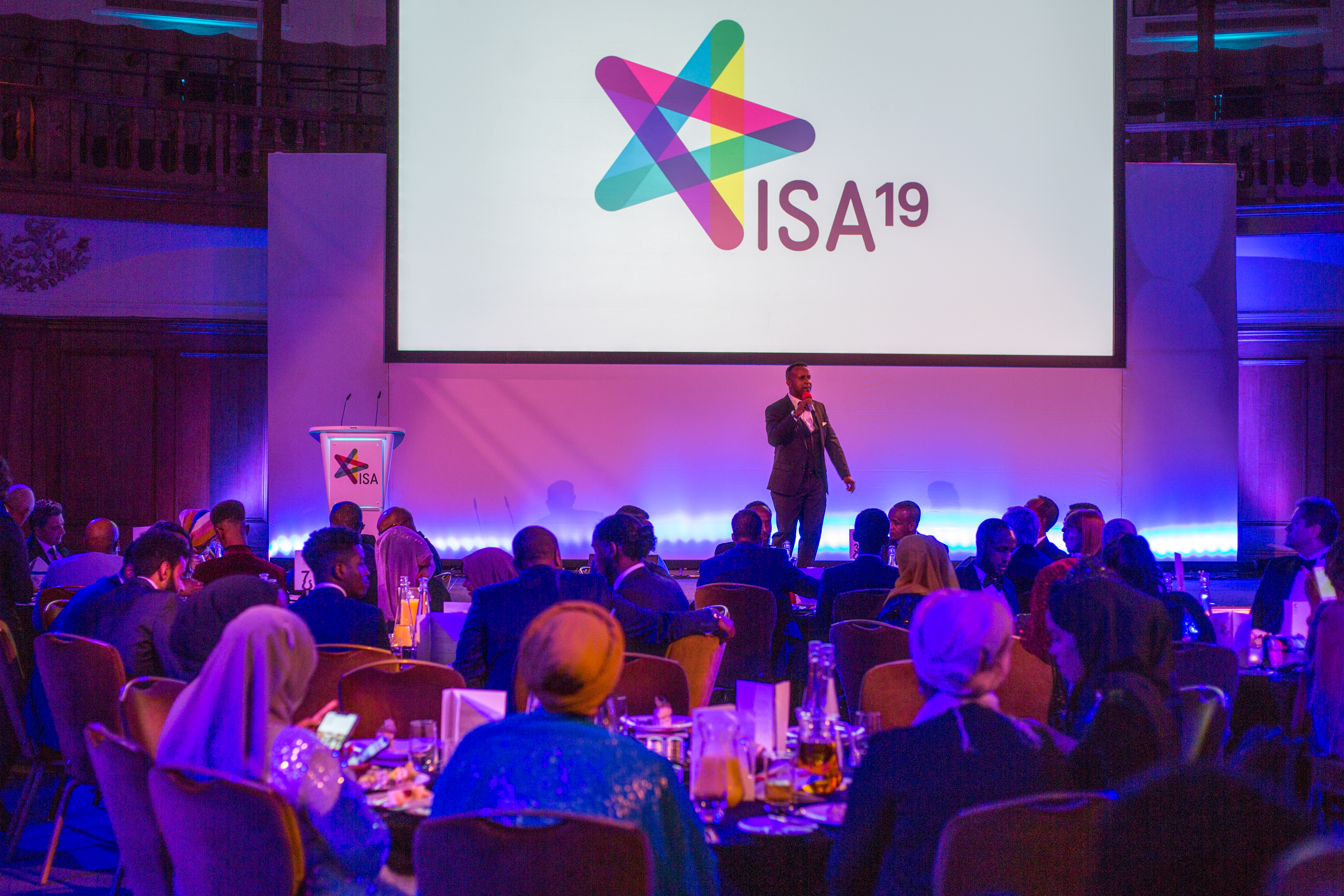 Wednesday 3rd April 2019– The International Somali Awards (ISA) returns for its fourth annual gala at a prestigious ceremony in central London to showcase and celebrate Somali success stories from around the world. The ceremony brought together the most inspirational Somalis and was hosted by the International super-model Halima Aden.

Guests gathered for the event in the heart of Westminster and were joined by prominent VIPs, including foreign dignitaries, politicians, businesses, government ministers and well-known personalities such as Maya Jama and one of the UK’s most popular YouTube stars Chunkz.

There were six award categories all containing nominees, whose vision and hard work has been instrumental to their success within their respective sectors. The award winners include, Amin Ambulance winner of the Outstanding Contribution to the Community for their heroic public service by providing emergency ambulatory care for the people of Mogadishu, Ramla Ali for Sports of person of the year, Ramla is a Junior champion boxer who will be representing Somalia in the 2020 Olympics, SOSTEC for Business of the Year, a company which provides quality Information Communication Technology services in Somalia and Ajakis for the Best Entertainment Award, for his wit and using his talent and humour to uplift the people in his community.

The Rt Hon. Earl Howe, Minister of State for Defence and Deputy Leader of the House of Lords presented a special recognition Award to Hormuud Telecom for their outstanding services to the Somali people and Somalia.

UNHCR Special Envoy Ambassador Mohamed Abdi Affey emphasised“the realization of durable solutions for refugees, promoting self-reliance, integration and inclusion of refugees in countries of asylum whilst maintaining protection and asylum space.”And finally, the lifetime achievement award was given to the legendary Abdullahi Haji for his exemplary service in journalism and media and impacting the Somali people over the last 40 years with his service at the BBC.

“Last night’s event was about recognising and celebrating the contributions of the Somali community on the international stage. Somali people are vibrant, creative and proud of their country.

“It is important that as Somalis, we individually recognise our potential and ability to do more not just within our own communities, but across the world. Through my work at the International Somali Awards Awards, we hope to inspire and empower the next generation of young Somalis to make an impact within their communities.”

“I had a fantastic time hosting the International Somali Awards last night. I have been a supporter of the ISA’s since its inception. It is always enjoyable meeting the inspirational nominees who showcase the best of the Somali community on the world stage. I congratulate the ATM on all of their hard work so far and I’m looking forward to seeing more of what is to come next year.”

The International Somali Awards is an event honouring the greatest achievements of the worldwide Somali community. An innovative, unique and prestigious event, The ISA pays tribute to inspiring Somali success stories from all walks of life and recognises inspirational role models from the fields of business, social work, sports, education and entertainment.

Halima Aden: The first hijab-wearing fashion model to sign with IMG Models, Halima has built a career around being a trailblazer. She was the first to compete in the Miss Minnesota USA pageant, where she was a semi-finalist, and the first to walk the runways in New York and Milan while wearing a hijab. The Somali–American was born at a Kenyan refugee camp. Now at 21 years old, she has become one of fashion’s most recognizable faces and an ambassador for UNICEF, a humanitarian organization that serves children and mothers around the world.