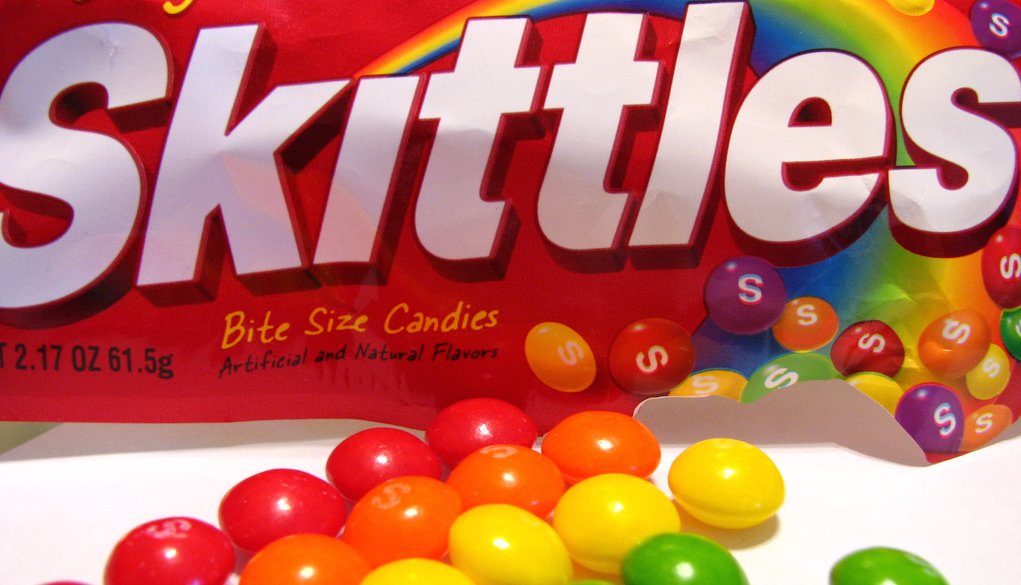 We recently discussed the dangers of labelling and how metaphors can be used consciously or unconsciously, to dehumanise and create hate and division. That’s why global leaders have a greater responsibility not to judge and not to label. But that’s, sadly, not always taken into account.

One man couldn’t help but use the following colourful label to describe immigrants – “Skittles”. In a tweet last week, Donald Trump Jr. compared Syrian refugees to a bag of sweet candy, full of artificial colours and flavourings. More importantly, he suggested that because some of these Skittles were poisonous, we shouldn’t accept any. He put this metaphor in the context of “our” Syrian refugee problem and added that it’s time to “Make America Great Again!”

If I had a bowl of skittles and was told three of them could go to school, get educated and cure a disease, I’d absolutely take a handful.

The shocking comparison sparked a loud response on Twitter, with some users posting devastating photos of suffering, displaced people from the Syrian war, along with the simple caption, “Skittles”. This reaction shows how people have swiftly identified the damaging label and sought to counteract it. Some celebrity personalities also took apart the logic of his statement – for instance, John Legend questioned if Trump Jr. would take away guns from all police officers, if a few of them have irrationally murdered innocent people?

By that logic, you would take everyone’s guns away. Because someone is gonna kill somebody at some point. But I guess that doesn’t count. https://t.co/3BraX0Ew19

The spokespeople for the candy company responded too: “Skittles are candy. Refugees are people. We don’t feel it is an appropriate analogy. We will respectfully refrain from further commentary as anything we say could be misinterpreted as marketing.”

Trump Jr. has since defended his tweet stating: “If a metaphor offends someone, I can understand that and maybe that’s the world we live in today, but I’m not comparing someone to candy, I’m using it as a – it’s a statistical thing.”

The point is, he did dehumanise a large population of desperately fleeing human beings by comparing them to sweets. The purpose of metaphors is that you are symbolically representing a situation – one which is, in this case, deeply inaccurate and insensitive. As one commentator outlines, if we are talking about just the numbers, Trump’s analogy would require 1.5 Olympic-sized swimming pools full of Skittles (refugees) to contain three poisonous ones. Such labelling echoes that of his father, presidential candidate Donald Trump, who has been vocal about imposing more screenings on those entering the country.

Labels don’t exist in a vacuum either. They have deep roots, recycled over many years, building up a particular feeling around a word. One writer compared Trump Jr.’s words to pro-Nazi author Julius Streicher who wrote in a children’s book that it only takes one Jew to destroy an entire people.

We’re glad these labels are being questioned by the public, and that leaders are being held to account. If you’d like to join us in saying a firm “NO” to dangerous labels, join our movement here.