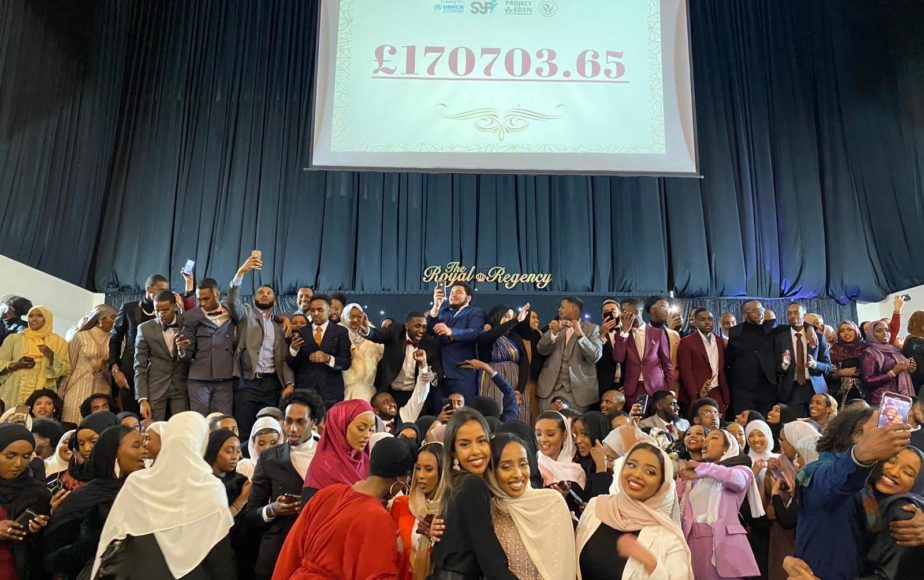 Somali Youth for Integrity (SYFI) are a UK-based charity which was founded in 2015. Their goal was to unite Somali Societies at Universities across the country to participate in charitable activities. Each year in the month of February hundreds of university societies participate in the February Fundraiser challenge. The Anti-Tribalism Movement has attended the finale dinner over the years and witnessed the growth of the youth-led organisation which raised a remarkable £170k this year – a far cry from the $1,500 raised in its first year. The charity endeavour to tackle a different issue each year and have previously helped to build and furnish a school in Baydhabo, support another in Hiiraan, tackle maternal mortality by providing hospital resources and this year partnered with UNHCR to support refugee students in Dadaab refugee camp to realise their dream of studying at university with scholarships.

The SYFI movement is now comprised of universities in Europe, Canada, USA and Australia. UNHCR Senior Communications Office Matthew Saltmarsh spoke of the importance of collaboration between large and small organisations in the effort to promote responsibility sharing of global issues. University campaigns groups are not a new idea but the onset of social media and the transnational links that young Somali students are taking advantage of are giving a new perspective to an old image.

These young people have demonstrated the human capacity, energy and organisation to raise over £170k in just one month for charitable causes. Civil society groups must consider ways to engage dynamic groups like SYFI in order to pursue common values by coming to the table and learning from the unique approaches used by grassroots groups like SYFI in communication, fundraising and campaigning.

SYFI represents an ignored youth gatekeeping voice in the non-profit world. Young people who understand the desires of the person in need, the interests of those who can effect change and how to communicate effectively for all groups involved as a trusted mediator. Civil society groups should spot the influencing potential of groups like SYFI as early as possible in order to participate in a meaningful exchange of skills and knowledge to support youth-led initiatives.

“On February 28th 2020, we had our 5th Annual SYFI February Fundraiser Dinner. Around 50 institutions a total of 500 people came together as one to celebrate an amazing month of fundraising. This unforgettable night was filled with incredible entertainment, magnificent speeches, exciting awards and a wonderful dinner. As a result of the unity displayed by SYFI both nationally and internationally, we have managed to raise an extraordinary £170,703.65 for Project EDEN.

SYFI is now able to implement a sustainable environmental and development project with the long-term aim of reducing disasters. We have also partnered up with UNHCR on our “Educate a child” campaign to help provide educational facilities and necessities, along with hygiene kits. Additionally, the school we built in 2018, will also receive funding to ensure that children can go to school for free. Lastly, we aim to fund workshops and advocacy work in U.K.”