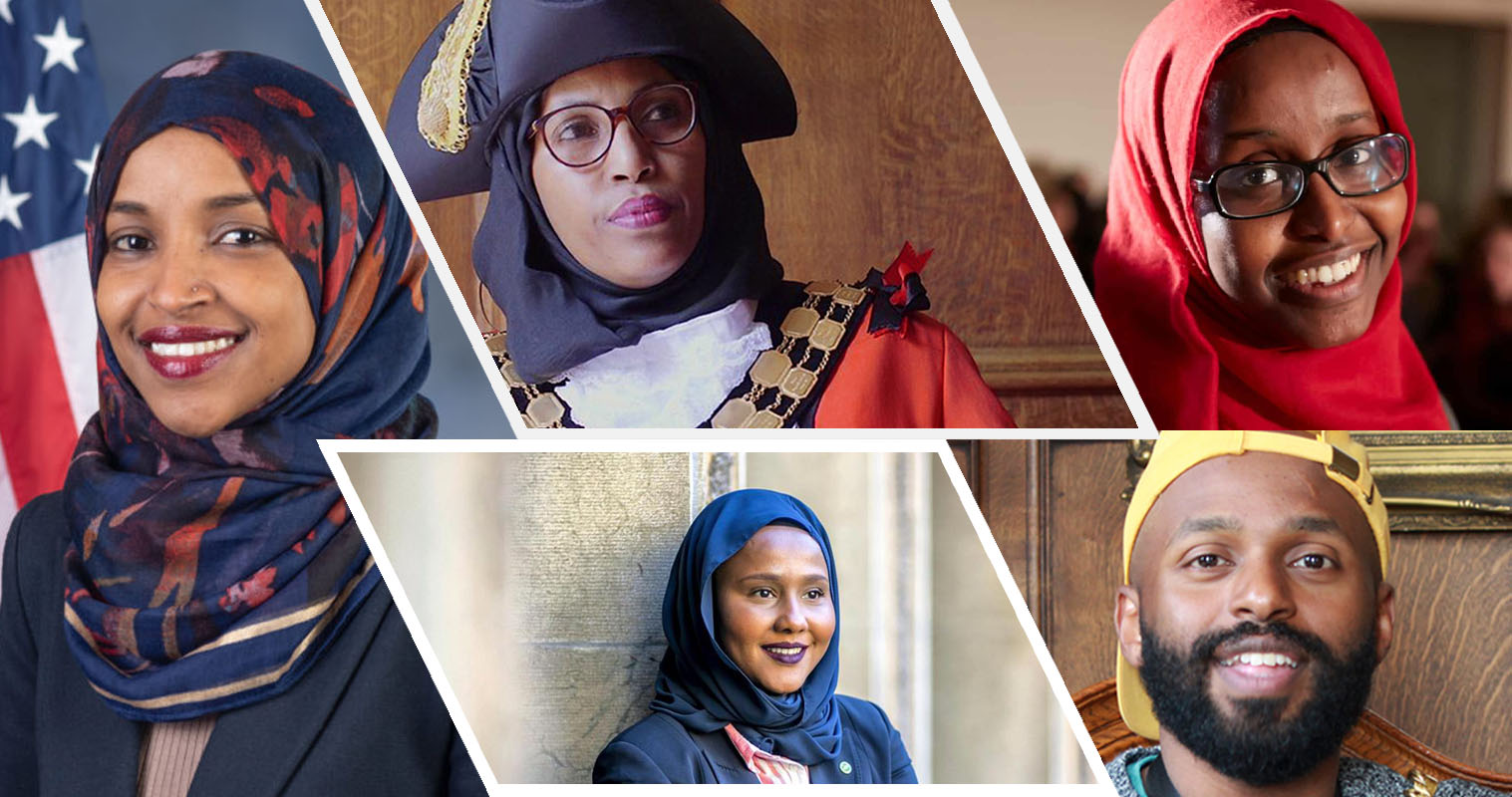 Over the 30 years, Somalis in the Diaspora have dispersed across the world and made significant inroads into mainstream politics. Somalis began their story by rebuilding their lives and giving back to the communities that first accepted and hosted them upon arrival.

In the past year alone, Ilhan Omar became the first Somali-American in Congress and the first member of the US Congress to wear a hijab – and has shaken up Washinton DC since her election in 2018- Laila Elmi, a Somali born woman has secured a seat in Sweden’s Parliament and become the first Somali-Swedish ever to be elected to the ‘Riksdag’, — here in London, Kilburn which is a constituency in North West London has elected Faduma Hassan as its Councillors and is one of the youngest Councillors in the country; while further afield, Somali-American have made similar strides – as four Somali Americans were elected to public office following the local elections that took place across the US in December 2017.

In May this year, the charismatic former Lord Mayor of Sheffield, Magid Magid has won a decisive victory and secured a seat representing the Green Party in the European parliament. Rakhia Ismail, who began her journey as Councillor for the London Borough of Islington, became the first Somali-born woman to hold the position of Mayor in the UK. The triumphs of Rakhia and Magid are a reflection of the diaspora’s continued success in politics, both big and small, as they are encouraging young people to participate in matters that affect them and they are passionate about.

At the time of Magid Magid, election victory comes a very crucial time during a period of political turmoil for the European Union. Ethnic minorities in Europe are facing rising overt racism, and far-right populists gaining power in Europe and the threat they pose to minorities across Europe is extremely worrying.

For many, the victory of these individuals is a shining testament to the resilience of the Somali Diaspora and the boundless limits for their futures. Their achievements are inspirational in their own right, but what’s even more inspiring is their ability to overcome obstacles and find success. Perhaps, It is this unique experience of refugeehood which underlines their unique ability to galvanise the communities that they represent across the spectrum. The diversity of political representation amongst all those mentioned above, from environmental activism to social justice projects a bright future.