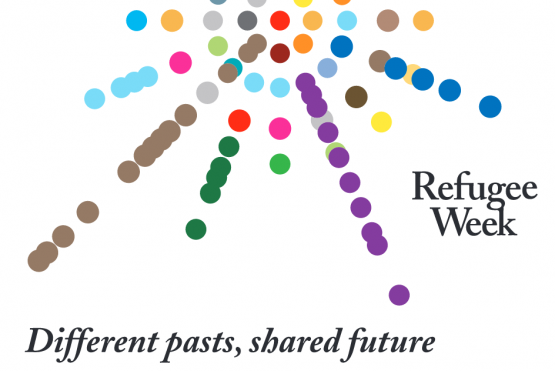 The UK is currently marking Refugee Week, which coincides around World Refugee Day on 20 June.

It’s a positive and much-needed initiative, combining a nationwide programme of arts, cultural and educational events that celebrate the contribution of refugees to the UK. The aim is increased understanding between communities and to highlight the talent and expertise that refugees bring with them to Britain.

The UK is home to the largest Somali community in Europe, hundreds of thousands of people who are Somali born currently reside in the UK, having fled the civil war in their homeland. Many Somalis moved to Britain during the Somali civil war in the 1980s and 90s.

We’ve also migrated to countries all around the world, taking a wealth of knowledge and culture with us. This was on show in London back in March of this year as The International Somali Awards descended on the capital. Sponsored this year by ATM, the annual awards honoured the greatest achievements of the worldwide Somali community, paying tribute to inspiring Somali success stories from all walks of life.

As we wrote back in the spring, there have been some incredible achievements by Somalis around the world in the past year, including the Minnesota-based Somali-American politician Ilhan Omar who made history in November by becoming the United States’ first ever elected Somali-American woman lawmaker; Mo Farah, the British-Somali Olympic gold medalist runner who was knighted in the Queen’s New Year’s Honours; Ahmed Hussein, the Somalia-born refugee who arrived in Canada aged just 16, who has just been appointed Canada’s new Minister of Immigration, Refugees and Citizenship; and many more!

The organisers of Refugee Week say their aim ‘is to create better understanding between different communities and to encourage successful integration, enabling refugees to live in safety and continue making a valuable contribution.’

Its proving to be a vital opportunity for asylum seekers and refugees to be seen, listened to and valued.

The strength and resilience of the Somali community in Britain has been remarkable and they are having a positive impact on our society. We welcome Refugee Week UK as a time to celebrate what we are achieving.