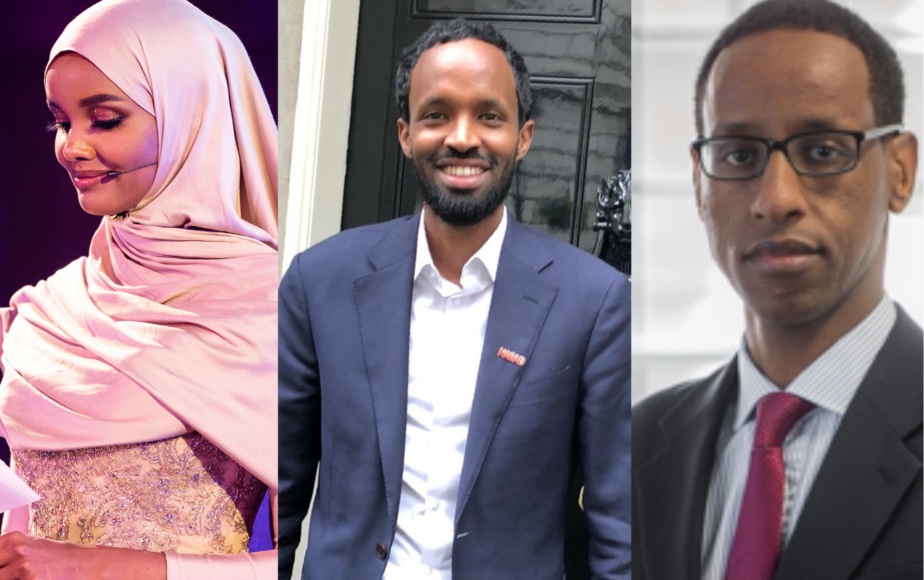 Refugee Week is a festival celebrating the contributions, creativity and resilience of refugees and people seeking sanctuary. A large number of Somalis in the UK are either refugees themselves or are children of those who have fled the Somali Civil War. This week, we decided to highlight three inspiring success stories of Somali refugees; Hashi Mohamed, Halima Aden and Adam Matan OBE. 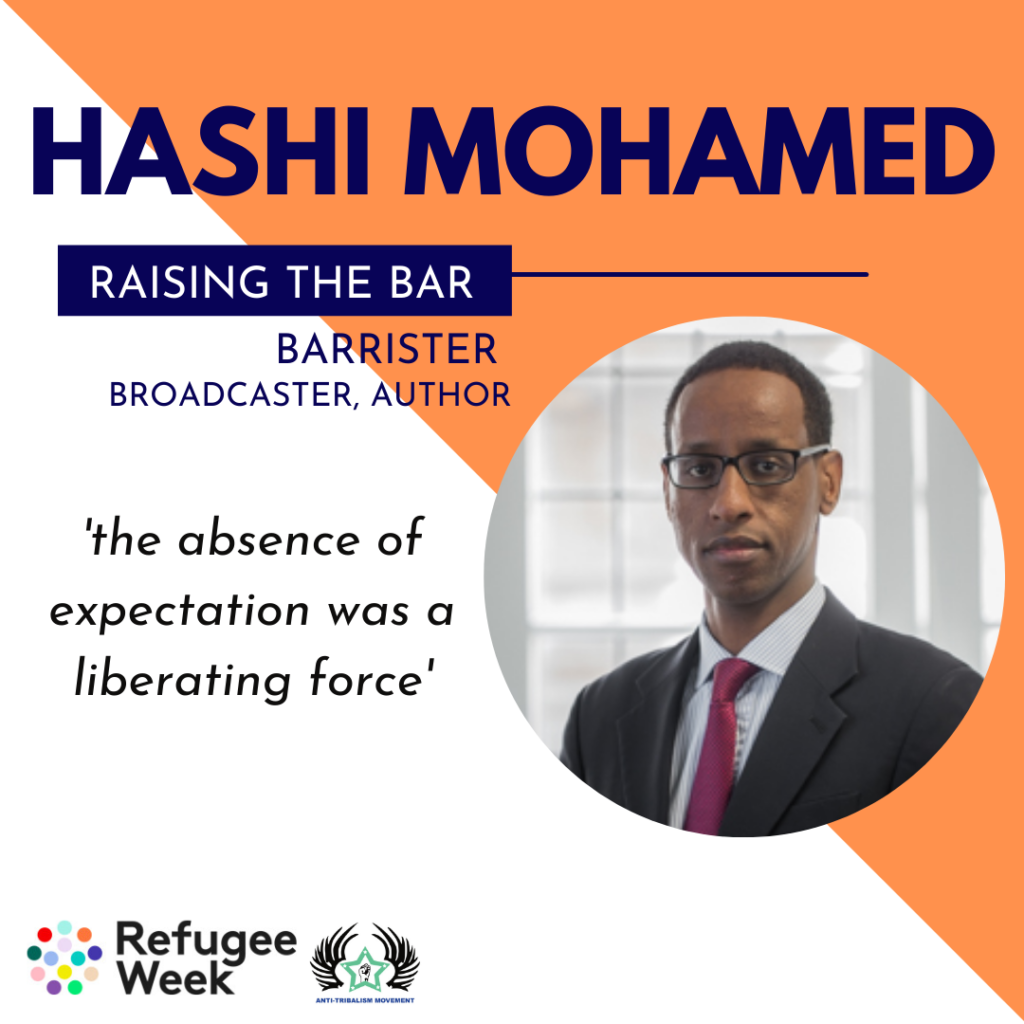 Hashi Mohamed is a barrister, broadcaster and the recent author of ‘People Like Us’, a book on the myths of social mobility and how he made his inspiring journey from being a refugee in Kenya to one of the highest rated planning Barrister’s at No5 Barrister Chambers. His story is one to behold; from attending one of the lowest performing secondary schools in Wembley to earning a place at Oxford for his postgraduate, Hashi has defied a life of poverty and hardship.

As inspiring as this journey is, Hashi accredits his rise from the bottom not to social mobility or government interference, but to luck. In his book, People Like Us, he discusses the inequalities that disadvantaged youth face in education and the misleading notion that ‘hard work pays off’.

His story is one of hope and aspiration and he draws upon his personal life to not only devise policies in his work life but also enact a resilient and focused approach to all his endeavours. This is an extraordinary refugee success story; inspiring many people across all industries. 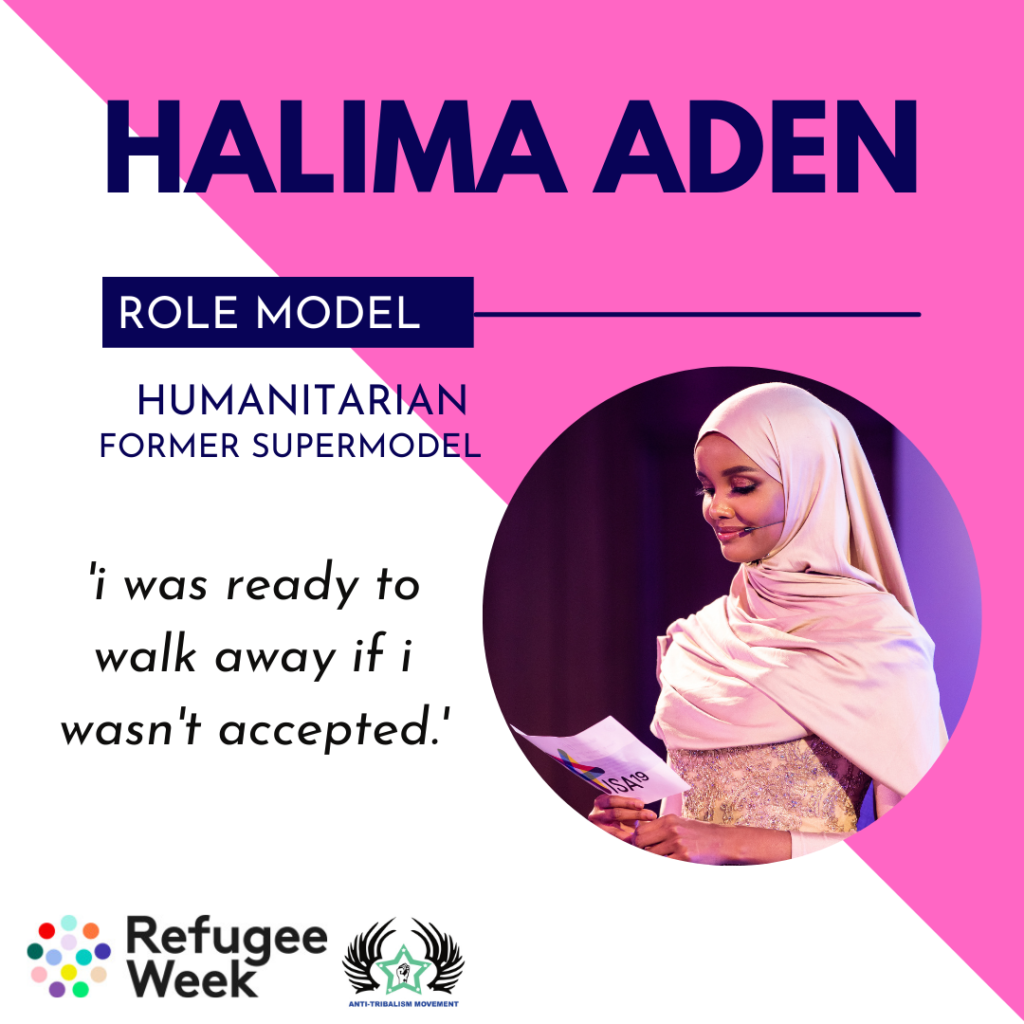 A few years later, Halima quit modelling; citing incompatibility with her identity as a Muslim woman. Since this breakthrough, Halima has re-centred herself and her work towards charitable causes (former Unicef ambassador) including volunteering and connecting with other refugees and those back in her camp in Kakuma.

Halima’s story is one of growth and reflection and she speaks fondly of her childhood. She grew up popular, speaking both Somali and Swahili and spent her days playing with kids of all ages and ethnicities. Challenging the stereotype of the ‘tragic refugee’, she credits her mother for sheltering her from hardship. Halima has brought conversations on fashion and modesty to the forefront; including the sacrifices and decisions one must take as a successful black muslim woman. 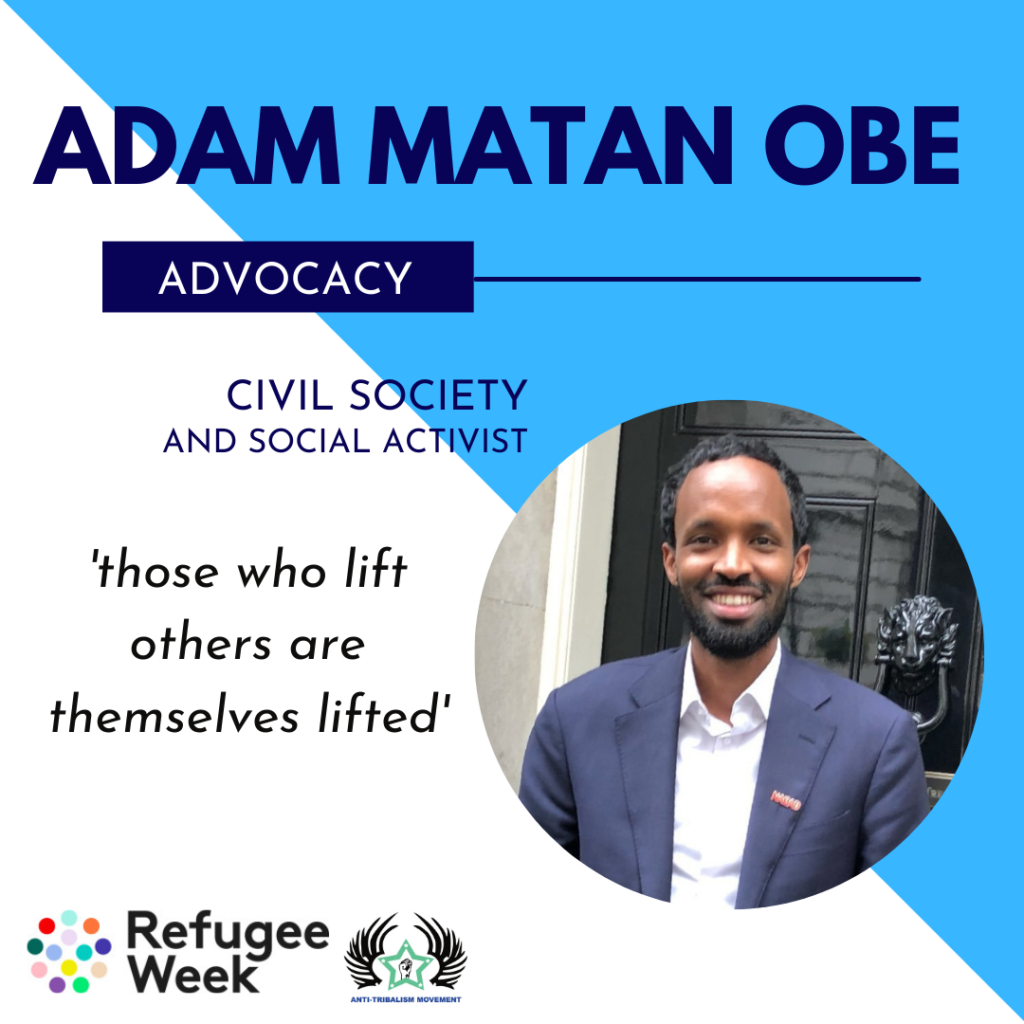 Following his arrival to the UK as a teenager to flee the Somali Civil War, Adam settled with his family in London where he gained a formal education and readjusted to life in the UK. Matan attended SOAS and Middlesex University where he holds a PgDip in Law and Leadership and a Masters in International Minority Rights Law.

It was here Adam met other young Somalis who were also trying to navigate life in the UK and who were fed up with archaic tribalistic ideologies which were dividing the Somali community. Together, they established the Anti-Tribalism Movement in 2010 to uplift the Somali community, encourage reconciliation and eradicate tribalism. He has since served our organisation for over 10 years.

Adam has accrued a number of impressive awards and achievements. In 2014, he was the winner of the Community Champion Award at Pride of Our People and in 2019, he became the first-ever British-Somali to be appointed an OBE from the British Royal Family for ‘services to the Somali community in the UK and wider British-Somali relations.’