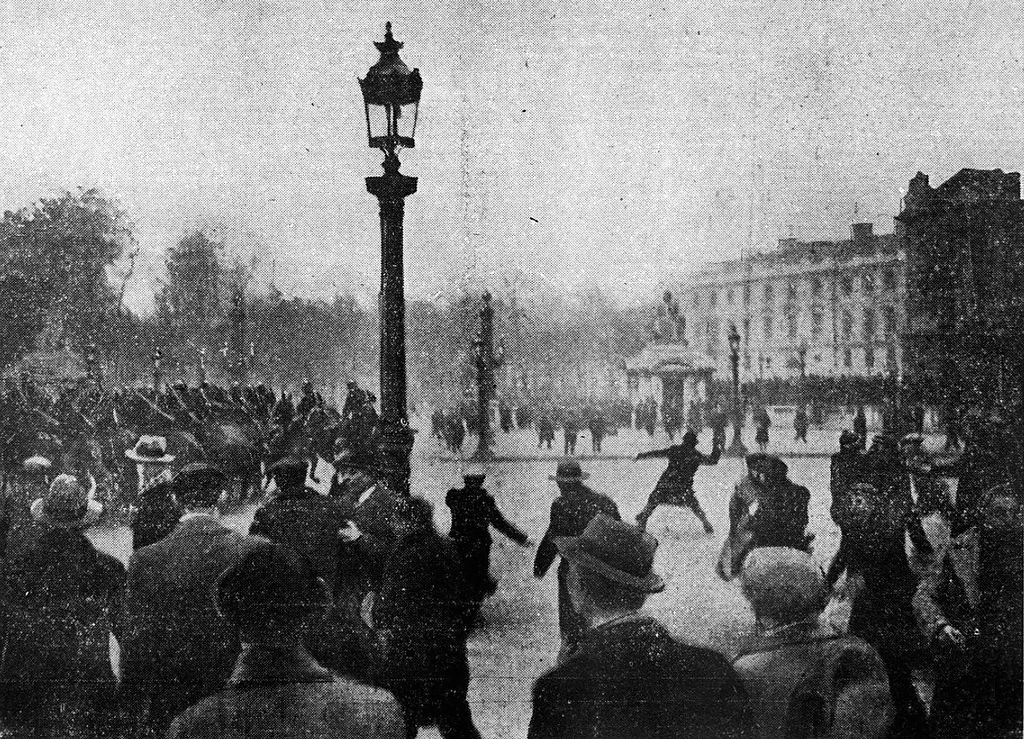 Last Sunday, thousands of people gathered in East London’s Cable Street to say a loud and resounding “NO” to hatred of other cultures – that’s central to the poisonous ideology of fascism.

They were commemorating the 80th anniversary of the Battle of Cable Street, where 20,000 people from various faiths and backgrounds blocked a fascist march from storming through London.

The march was planned for 4th October, 1936, led by Oswald Mosley of the British Union of Fascists (BUF) movement.

Mosley had said some pretty horrific things in his time as a politician:

Mosley’s language stirs creates the notion of an intolerant English elite and draws the worst possible image of defeat in his mind – one where the English could become filthy animals perishing in “Polish” hiding places. He shows just how much his hostility is governed by the labelling he uses.

But Londoners didn’t stand for Mosley’s antics in 1936. Jewish residents, Irish labourers, as well as locals and trade unionists from other backgrounds, stood in the way of the march.

Max Levitas was among the campaigners. Now aged 101, he was just 21 at the time. He said: “The only way to stop Mosley was to stand together, to be united. I’m concerned about what is happening in Britain. But I think that if the same thing happened today people would do exactly what we did.”

These brave people have proven to us that we are stronger when we stand together. When they witnessed extremism taking a hold on their city, leading to violence and intimidation, they faced it head on. We, too, must tackle all forms of extremism wherever it is encountered, and work together to defeat hate.