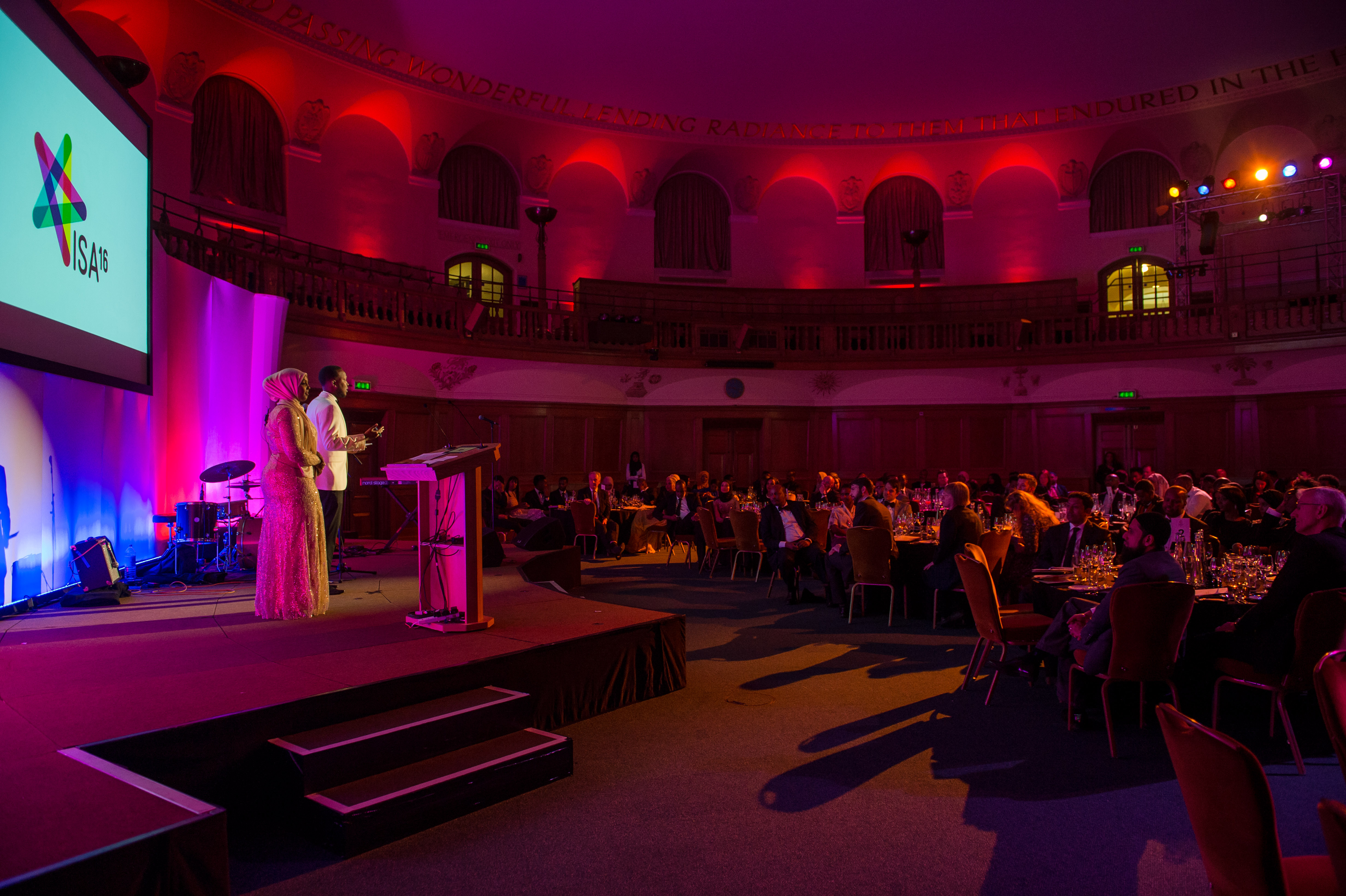 The inaugural International Somali Awards celebrated the achievements of the global Somali community at Church House in Westminster on 23rd March. 60,000 Somalis joined in world-wide through social media under the ISA16, WhatsApp and Facebook. Hashi Mohamed, a highly rated Planning and Environment barrister delivered a thoughtful speech about the extra-ordinary resilience of the Somali community in the face of adversity, referring to the false starts of development, political turmoil and the collapse of the civil war having resulted in a large Somali migration making new homes around the world. Mohamed regretted the “disease of tribalism” that stifles economic progress. He introduced two of the three themes that ran through the event: the importance of education, nearly all Somali’s at British Universities are on scholarships- hard work and the importance of the fortunate working hard to support the unfortunate. Prime Minister David Cameron sent a personal message regretting he was called away at the last minute and commended the gathering for being positive role models, implementing good practise and leadership.

Voting was organised internationally and the awards were presented Oscar style with distinguished Ministers and celebrities announcing the winners. The business of the year category was presented by James Duddridge, Minister for Africa, to Abdirashid Duale, CEO of Dahabshiil Bank, originally an indigenous African remittance venture and 35 years later the largest African money transfer business operating in 126 countries across the world, including India.

The most Effective Initiative of the year Award was presented by Al-jazeera’s senior correspondent Mohamed Addow to Adeso Africa, a humanitarian aid organisation that has been changing the way people think about, and deliver aid in Africa for over twenty years. By giving cash to families to help them deal with immediate crises, it encourages them to manage their limited resources, and start investing in the future. With cash in their pockets, those in need have improved access to both food and non-food items.

The Entertainment award went to Mo Ali wearing his famous flat cap for his film about the superhero “Montana”.

The Rt Hon. the Earl Howe, Conservative front bench member of the House of Lords, Minister of State for Defence and Deputy Leader of the House of Lords who also chairs the Armed Forces Muslim Forum presented the sports person of the year award. Lord Howe gave a graceful speech likening sportsmen to the armed forces where values and mutual respect matter more than beliefs. Somalis are some of the world’s most incredible athletes and the nominees bore testimony to this: Mo Farah CBE gold medallist distance runner, Ali Mukhtar Chelsea football player and Abdi Jama wheelchair basketball player. Mo Farah came first and Lord Howe said he would have been happy to shake all of their hands.

The Education Award was a tough one contested between worthy nominees, Munira Khalif who was offered a place at all eight Ivy League schools in the US and ended up at Harvard, cheekily she told President Barrack Obama that they had offered her more money. Munira has already received the UN Special Envoy for Global Education’s Youth Courage Award for her education activism, her charity “Lighting the Way” is designed to make education more accessible, especially to girls in East Africa. The Award actually went to Hawa Jama Abdi, whose beautiful eyes were born blind, for her astonishing achievements at the Somaliland Braille School, having graduating with the highest marks ever Hawa is now studying for her masters and already has a PHD in mind.  Hawa and Munira personify the third theme of the evening: the strength and dedication of Somali women, this was echoed through the songs of Aar Maanta, the poem of 21 year old Hudda Khalif and the praise each winner lavished on their mothers for their strength.

London correspondent at The Sunday Guardian.