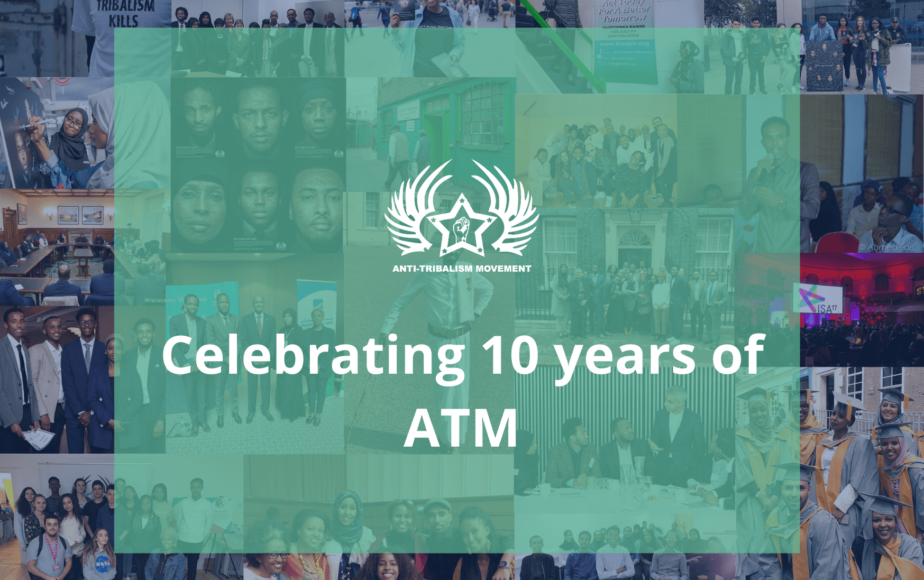 We’re starting 2020 in a celebratory mode here at ATM House, marking the organisation’s 10th anniversary of raising awareness of the impacts of tribalism and countering inequality. It has been a remarkable journey on many fronts, reaching and touching the lives of many people. Many objectives and challenges remain but the wealth of experience we have gained has been invaluable and contribution to our vision and community impact.

A lot has been achieved in the last 10 years and a lot of work remains. However, it is far cry from the early days where a small but committed group of young men and women met on a cold rainy winter’s evening in West London fed up with the tribalism and inequality in their communities. With a burning ambition to help reverse these deep-seated challenges, we have been relentless in the pursuit of our common interest – taking people with us to become change agents within their communities and beyond.

We have come a long way since 2010 and remain humbled by our achievements and progressive outlook for the future. To this end, we now have hundreds of young Somalis who believe in and embrace our cause and ideas to stand tall in the face of ignorance, intolerance and hatred that has its roots in tribalism. The following time-line is a prism through our journey and experience since 2010:

2010: Anti-Tribalism Movement was established in London to tackle inequality and injustice that stems from tribalism. It was in this very year that we set roots in Acton, West London. We began engaging local stakeholders and the Somali community around the UK while learning and taking baby steps towards our common vision for change.

2011: We raised £27,000 across London for the drought and famine that hit Somalia from 2010 to 2012 which took the lives of nearly 260,000 people. Half of the drought victims were children under the age of five. All of the proceeds were donated to help those affected.

2012: We helped to change the landscape and dialogue of tribalism from one of a social taboo to one where different views are respected. By elevating the conversation from a hidden underground bed of prejudice to an environment where honest discourse and accountability is respected, we have set the tone for tribalism dialogue one step a time. For example, when our staff and members are seen in the vicinity of public places people encouraged us and our message resonates to many people, which has energised our mission further. This has given us the impetus to build on our momentum, building a network of friends and supporters across the world whilst also cementing the structure of our organisation and management to reflect the changing environments and priorities before us.

2013: We had the honour of hosting the then British Prime Minister David Cameron and the President of Somalia, Hassan Sheikh Mohamud, ahead of London Somali Conference for a Somali themed morning breakfast where we exchanged frank views and shared ATM report with recommendations pertinent to Somalia’s recovery, security and stability.

2014: To continue the effort of finding durable solutions to intractable issues facing our communities at home and abroad, we brought together leading Somali academics, religious scholars, women and young people from all sections of Somali society to discuss the root causes of tribalism to identify ways of tackling this dangerous phenomenon. The outcome of the ‘Credible Voices’ conference was a joint communique that cemented a united stance, backed with a fatwa, against violence and tribalism. 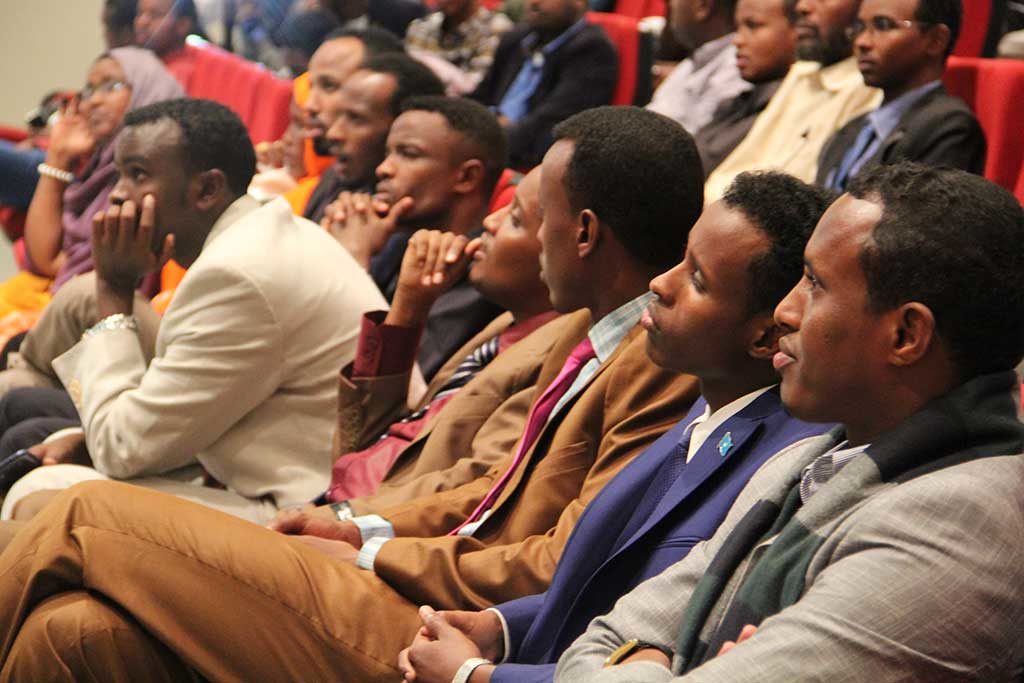 We did not stop there, as part of the wider campaign to protect vulnerable communities, we took part in the banning of Khat, a substance which has devastated our communities with a drastic impact on the British-Somali community’s health and wellbeing. Our determination to mobilise the voices through campaigning and influencing government stakeholders resulted in a landmark ban on the substance which is now a Class C substance under the Misuse of Drugs Act 1971.

In the same year, we were tested to deliver another key milestone for the community. This time, vital remittances which were a lifeline to millions of Somalis were on the cusp of being shut down by major UK banks. We played a critical role to bring together key stakeholders in government, Somali remittance businesses, humanitarian agencies, World Bank and other community groups at large to ensure remittance reach Somalia safely, legally and timely – helping to influence government policy and actions plan to make sure the Somali economy and vital remittances services is not curtailed to provide sustainable living for our communities in Somalia.

2015: In the same vein, we took off where we left in 2014 by bringing together 50 outstanding community leaders across the UK to discuss the common challenges and issues facing the Somali community in Britain.  The Nabad Summit was intended to gather solutions-based ideas on what we could do as a community to enhance resilience at a grassroots level to confront complex issues we faced in wider society. The discussions included on ways to best utilise the media and change perceptions of Somalia/Somali community in the wider print, digital and wider media industry. The dialogue included how to tackle the high proportion of Somali males in prison and pinning down the roots causes of this alarming trend by working in partnership with families, prison and probation services, and government’s Ministry of Justice to better coordinate responses and help reduce young people in the criminal justice system.

2016: We produced a high-level report examining Somali experiences of hate crime in the UK.  The report was submitted to the Home Affairs Select committee which was published on the Parliament website. The report indicated that Somalis in the UK are frequent targets of hate crime, suffering incidents from verbal abuse to arson and assault. Most hate crime experience by British-Somali went unreported and caused many British-Somalis to suffer in silence and exposed to racism as part and parcel of normal minority living in the UK.

Our progressive approach to rebranding the Somali image led to the initiation of the International Somali Awards to celebrate the global excellence and the success of Somalis everywhere while influencing wider society by promoting a more positive image of Somali people as a powerful force for good.

2016/17: As part of our commitment to progress and development for our clients and service users, we enabled 37 fellows to gain a postgraduate diploma in Law and Leadership at SOAS university, which was intended to create future leaders who could become ‘bridgeheads’  between their communities and wider society. As a result of this effort, all the fellow’s are now serving in various public positions within their communities and are now embedded in the UK civil service, businesses and third sector. Building on the success of the fellowship we got to work planning for a future ATM Fellowship that will serve the most marginalised and underserved students across Somali.  We are confident our Fellow’s will leave an invaluable legacy for years to come. 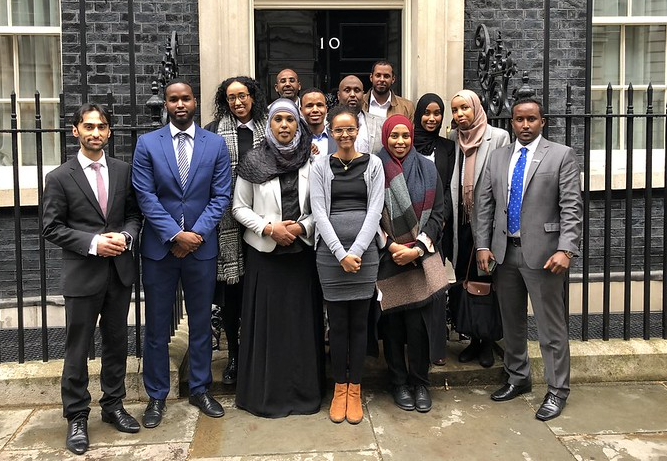 2017/18: In pursuit of our common vision for capacity building and development at a grassroots level, we have trained, prepared, and empowered 280 young leaders to be changemakers and leaders in their own right.

2018: Our Lead and Be Led programme was recognised for good practice in a significant report launched by London Youth Foundation who acknowledged ATM’s work to foster for an inclusive environment that removes existing barriers or discrimination within and between these communities.

2019: As part of our relentless pursuit for change and equality to empower our young people and community at large, Adam Matan, Director of Anti-Tribalism Movement has been honoured with an OBE in Her Majesty the Queen’s New Year’s Honours List. Within this context, we continued to be given many recognitions/awards and accolades throughout our journey. In the same year, we were very proud to receive an award from The Faith & Belief Community Awards in recognition of our work to inspire young people to be active citizens and change-makers in their own communities.

Over the last 10 years, through our monthly community events, we have enabled and facilitated a cohesive environment for meaningful dialogue. We have engaged closer to 10,000 participants in these sessions, discussing a wide range of subjects, focusing on social taboos and key issues that are critical for development and social cohesion. Some of the themes have included mental health, tribalism, Somali women in politics, youth violence, hate crime, employment, entrepreneurship, extremism and radicalisation and many more. We have also enabled participants to share recommendations and solutions in order to overcome the challenges faced by the community.

We have published 19 Jawaab films, which were viewed by over 1 million people on Facebook and Youtube. The films aim to advocate for social issues and recognise the inspiring stories that often go unnoticed, untold or unheard. Through these films, we’ve been able to cover a range of subjects and stories, from people who have turned their lives around after prison, to the fight against FGM and the importance of public service.

To complement these on-going efforts we have produced a number of policies, research and public engagement to influence government policies for the betterment of our community.

At the same, we have experienced a number of challenges.

Going forward, we are committed to our strategic cause, mission and vision. We had a wonderful journey so far and we are humbled by our successes at the international and grass-roots level. Every day we are inspired by our clients/services users and with hope and strategic planning, we are determined to succeed in the UK and beyond.

A lot has been achieved and a lot more to do as the need and challenges multiplier. You can help us by joining the movement and supporting the movement anyway that you can. We will welcome you with open hands.

In the fight against inequality and the pursuit of short-and long term progress, we have put together 5 years of strategy centred on key priorities intended to guide our impact in the coming years. Our plan will be reviewed to learn the best lessons and success to map the future of our organisation, service users and the wider community. To sustain our vision for change, we must reflect on the last 10 years and listen and respond to the needs of all the individuals that we serve.

“When you’re accustomed to privilege, equality feels like oppression.”