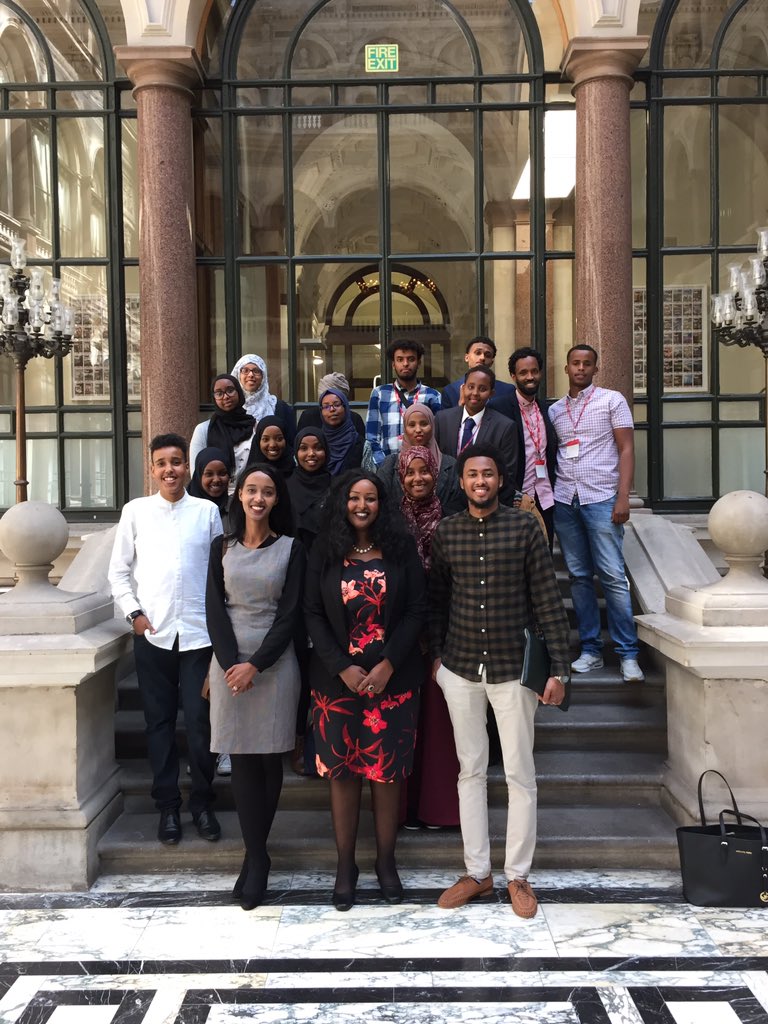 – A day out to meet the policy makers and shakers

There is a time and place to find out the secrets behind the closed, official doors- last Friday being that very day, 25 young Somali individuals were given exclusive access to the Foreign and Commonwealth Office to mark International Youth Day.

The day began with a warm welcome and an eye-opening discussion with Julian Reilly (Head, Joint FCO-DFID Somalia Unit) who spoke of Britain’s close engagement with Somalia and as he put it their “enlightened self-interest”. We discussed the details of Britain’s aid to Somalia which ranges from helping with social, political and economic issues, such as giving £100 million in funding just for security- With the ultimate aim being long term national stability for our war-torn country of origin. Mr.Reilly stressed on how one of Britain’s main aims is to turn around the nation’s security, particularly through policing, which has so far helped to combat many issues such as piracy which costs billions to the global industry and has already been successful in driving Al-Shabaab out of a considerable proportion of Somalia. Although we spoke of Somalia’s struggles, and at points I must admit I was feeling quite dispirited about my motherland’s woes, the conversation ended on a high as Reilly renewed our sense of purpose and motivation in helping Somalia as we came to realise that our country not only needs British funding but ultimately heavily depends on the good nature of their Somali people to continue sending money back home and even returning to bring their new skill-sets to the table and turn things around.

The day then swiftly moved on to a tour of the FCO where we revelled over the striking interior design of the building and stayed on high alert, hoping to bump into yours truly- Palmerston the cat, who moved into the Office last April and even has his own twitter account. Talk about purr-fect living!

Following this, we were introduced to three truly influential women- Cllr Amina Ali (London), Cllr Hibaq Jama(Bristol)- who are both Somali councillors who grew up in the UK-and Madeleine Askham who works for the charity World Vision. They left us feeling determined to do whatever we wish in life after our discussion about their struggles with reaching their career and even within their career but remaining resilient through it all to become who they are today. We all face barriers in life. Whether that is Madeleine’s struggles with initially proving to her older colleagues that she can work just as well as them, if not better. Or perhaps overcoming Amina’s battle to break the stereotypical gender expectations, as people were shocked at seeing a woman take charge- even willing her to stand back and let her brother, uncle or just anyone male in her family to do her job for her instead! Maybe even Hibaq’s culture conflict where she struggled with being too British for Somalis- who mocked her with the nickname “fish and chips”- and too Somali for Brits… how exactly does one find the perfect balance in such an awkward position? Despite their struggles, they all managed to not only overcome the discouraging attitude of their peers, but also hurdle over their own self-doubts and be able to prove to all, But most importantly themselves, that with tremendous effort, they could do whatever they wanted to do. Cllr Amina left us with the life needed advice which is that “thick skin is needed to survive in such a tough world”- particularly a politically orientated world like hers, as people will inevitably stab you in the back and ultimately you shouldn’t jump into the daunting ocean of politics if you’re not tough enough. Leaving that room inspired is an understatement; we were all buzzing- truly understanding the phrase “the world is your oyster”.

Deeqa Adde commented that, “the day was eye opening and interesting. Meeting women with a similar background breaking new grounds in politics shows that we can do the same”.

Khadra Mohamed also found that “the event was great because it meant that we were able to see successful women in careers I’m interested in thrive despite the obstacles that they have faced”.

The day truly gave us all a nudge in the right direction, as we were surrounded by stories of success and grew determined to make our own lives one to add into the collection and proudly narrate in the coming years as well.

This article was written by 17-year-old Sagal Farah