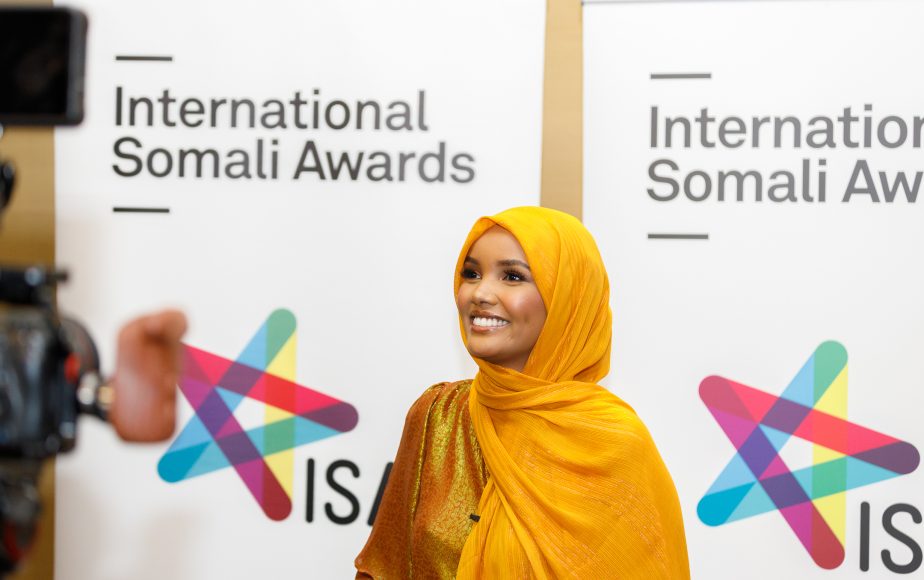 The International Somali Awards (ISA) was created to honour the greatest achievements of the global Somalis while also celebrating, appreciating and recognising the successes of Somalis across the world. A pioneering, unique and prestigious ceremony, The International Somali Awards is the only ceremony that pays tribute to Somali successes across all walks of life, emphasising outstanding achievements and highlighting inspirational role models in the fields of business, social work, sports, education and entertainment.

Since its inception in 2016, the ISA has been combating the negative images of Somalis in the media and showcasing the amazing things that Somalis are achieving all across the world. Since then, ISA has continued to be a highlight of the year for many Somalis. The ISA21 found its way to the Horn of Africa in Djibouti as the country holds monumental significance for Somali people across the region and for many attendees, this felt like ISA was coming home.

ISA21 was held on the 10th – 15th January 2022 in Djibouti, Africa. This was the first time that ISA has gone abroad! We were honoured to have been joined by 250 guests which included many renowned people such as community leaders, celebrities, political officials, entrepreneurs, creatives and many more.

The ISA team said: ” Congratulations to all those that have been nominated and the winners who have made huge achievements in their respective fields. We believe they will continue to inspire many Somalis and pave the way for future generations to follow in their footsteps.

Once again, we are very grateful to our partner Djibouti Espace De Réflexion Et D’Echange (DERE) and our generous sponsors and volunteers, without them, all these would not have been possible”.

ISA21 began with a side-event on the 11th of January 2022 at the Palais Du Peuple. The panellists of this side-event were Swedish MP Leila Ali Elmi, the first Somali and East African woman to be voted into the Riksdag (Swedish parliament) and Suldaan Said Ahmed, the first Finnish Member of Parliament of Somali descent. This event highlighted Somali Diaspora Political successes, while at the same time both MPs have shared their journeys, the lessons they have learnt along the way, the challenges they have encountered and how they have overcome them.

In the morning on the 12th of January, ISA held its second side-event titled Entrepreneurship & Innovations with Oubah Ahmed Malow, Abdek Idriss Youssouf, Asli Abdi, and Ilyas Dougsieh Boulaleh — the panellists of this event shared their experiences and lessons learned that led them to a career in entrepreneurship, innovation and technology.

The evening of the 12th of January was the night everyone’s been waiting for, the ‘International Somali Awards 2021’ awards ceremony, held at Djibouti Palace Kempinski on Wednesday night, the 12th of January 2022. Take a look at some of the highlights from ISA 2021 that took place on the ceremony night. Watch the video here:

The fun did not end there. On the 14th of January, ISA took its guests out to sightseeing trips to explore Djibouti’s famous Lake Assal which is the lowest point on land in Africa and the second-lowest point on Earth. The guests were also being taken on a trip to the beautiful Moucha Island, the largest island in Djibouti. That evening, everyone came together for a final farewell dinner which included a three-course dinner, performances by popular Somali artists and inspiring speeches. ISA21 was one to remember!

The recipient of the ISA21 Lifetime Achievement Award Aden Farah Samatar who is known for his anti-colonial activism for the republic Djibouti has said “I’m honoured, humbled and incredibly happy to have been selected as this year’s recipient of the International Somali Awards’ Life Achievement Award. It is a fantastic honour which I am forever grateful for such an award.”

And most excitingly, the ISA21 winners are:

Business of the Year Beydan