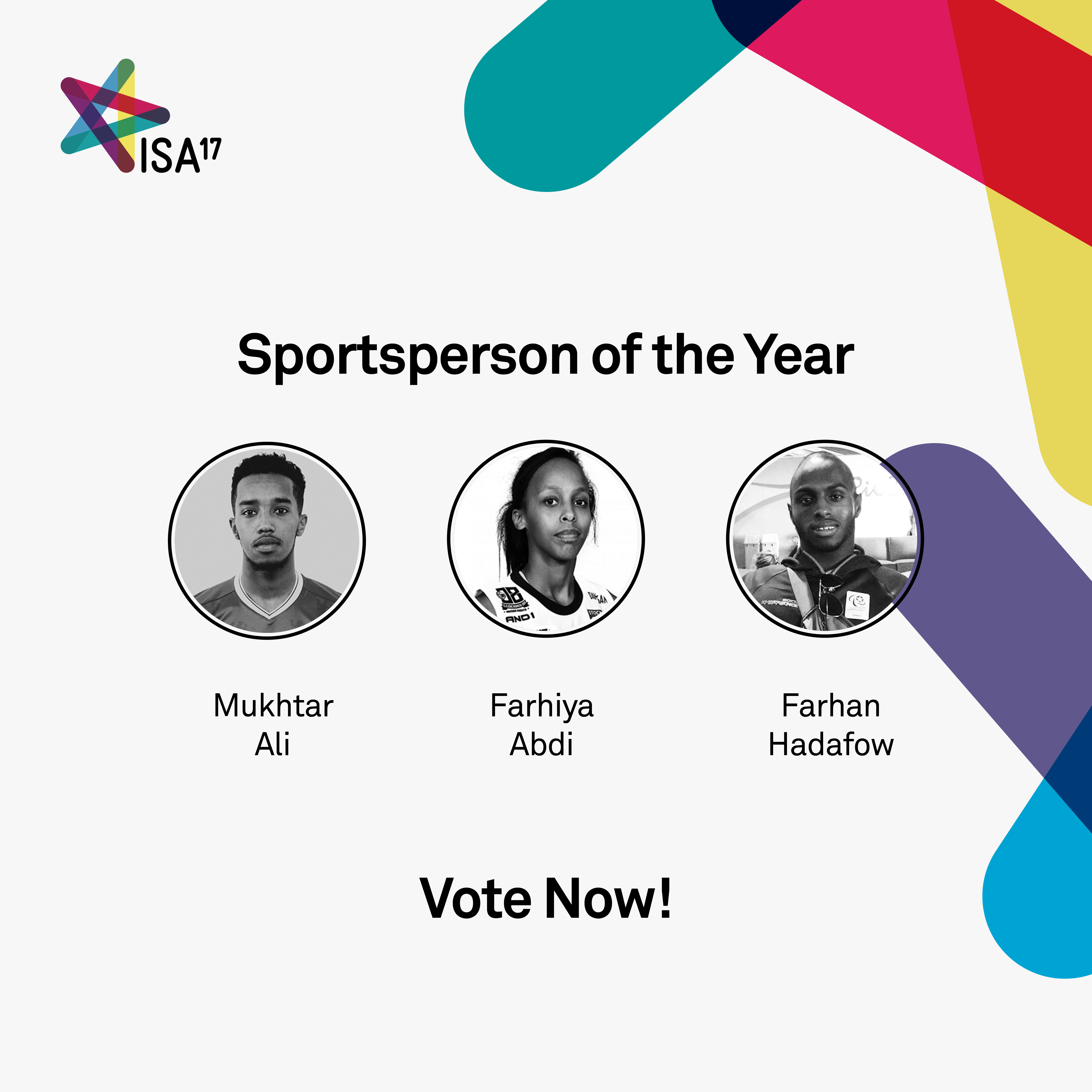 A prodigious talent who plays football with his heart on his sleeve, Mukhtar has shown that he has the potential to be the greatest Somali footballer of all time. Due to his prowess on the pitch, he has now signed his first professional contract with Chelsea Football Club and he is attracting a huge amount of attention within the industry.

A talented and inspiring young woman who raises the stakes of what it means to be a Somali female athlete. Farhia has inspired the next generation of women athletes by becoming the first Somali woman to be drafted in America’s Women’s National Basketball Association. The 24-year-old currently plays professional basketball for Maccabi Ashdod B.C. where she is a rising star.

19-year-old Farhan represents Somalia in the Paralympic wheelchair racing in the 100, 200 and 400 metres. Farhan was offered the opportunity to compete for his country at the Rio Games 2016 and displayed both professionalism and talent and in doing so inspired millions of Somalis when he waved the one-star blue flag of his nation. Farhan continues is a role model to many and never lets his disability stand in the way of his eagerness to succeed.