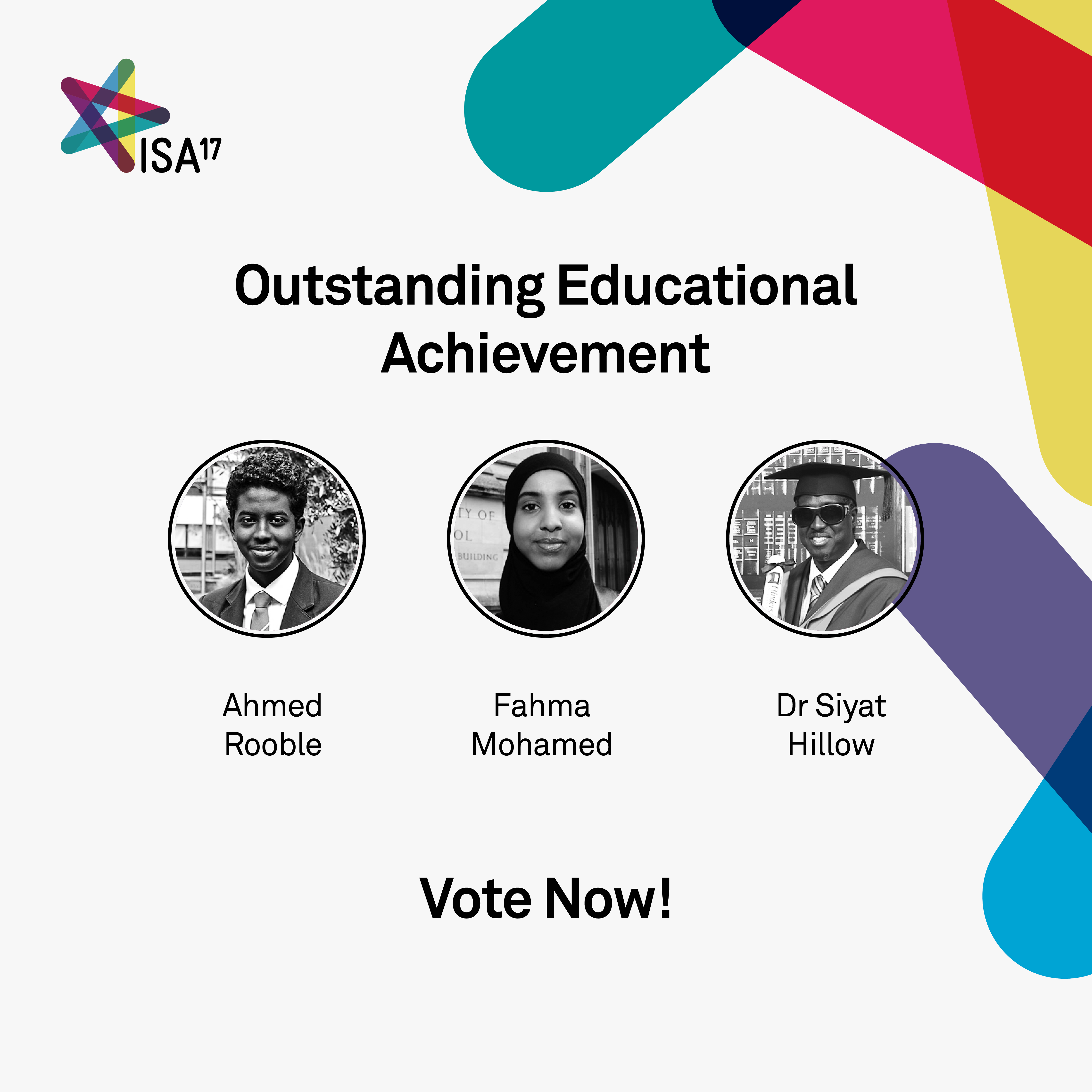 Ahmed is a 15-year-old schoolboy from Brixton, London. He is one of only nine boys nationwide to win a full two-year scholarship to Eton’s sixth form this year. He is head boy at Ark Walworth Academy, where teachers expect him to earn A*s across the board in his GCSEs. He is also a volunteer police cadet, a member of Southwark Youth Council and a keen charity fundraiser. After Eton, Ahmed hopes to win a place to read history at Oxford or Cambridge.

Fahma Mohamed become one of the youngest in the UK to receive an honorary degree acknowledging her campaigning work to end Female Genital Mutilation (FGM). She rose to fame after she led a campaign to end FGM by bravely speaking out about the horrific acts of FGM in Britain and violence against girls.

Dr Siyat has never let his blindness stand in the way of his eagerness to learn. He has completed a PhD at Flinders University and is currently a lecturer in Southern Australia – the first blind man to hold such as position in the state. Dr Siyat is also an advocate for ethnic people with disabilities in Perth, Western Australia.