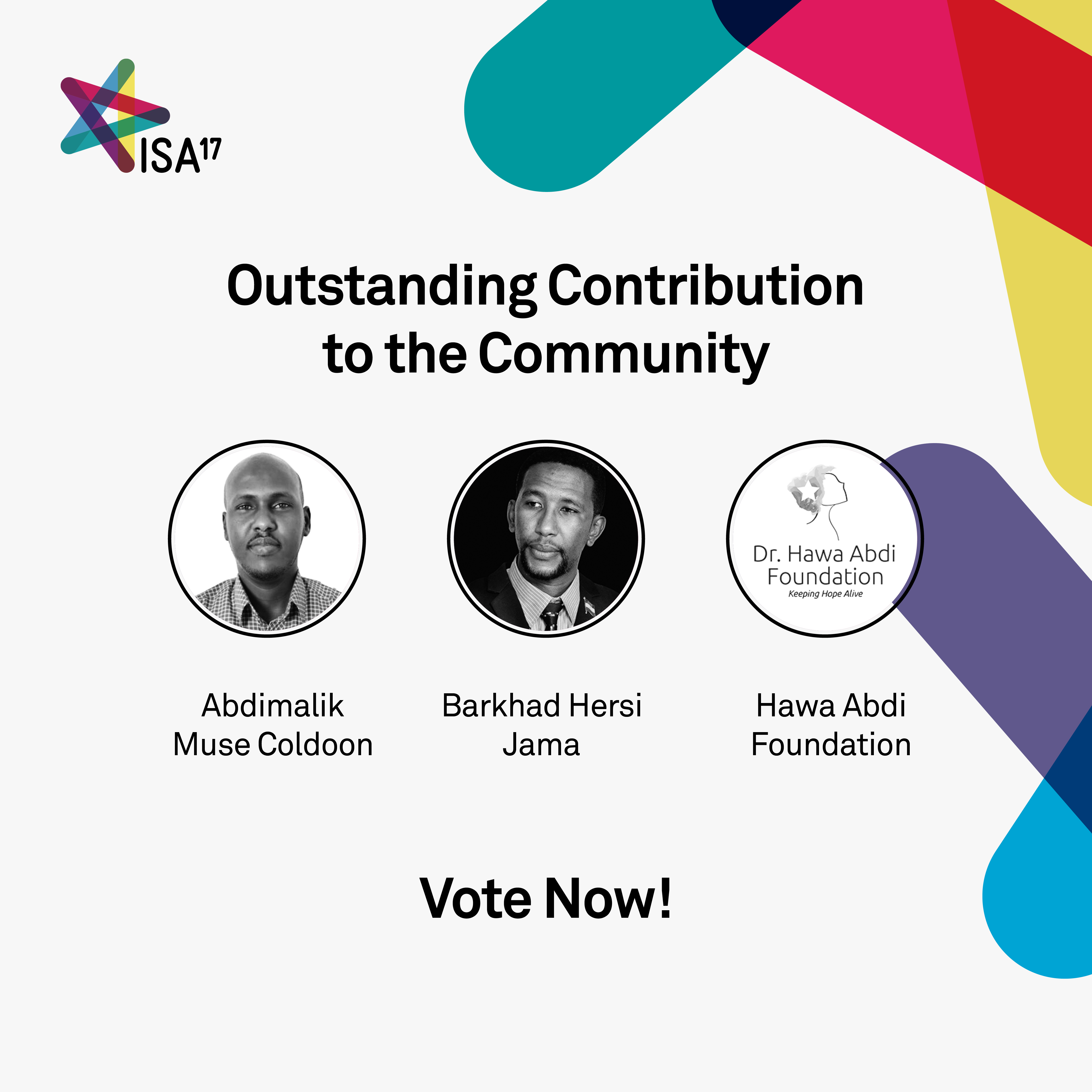 Abdimalik is a journalist who uses his platform to highlight social and political issues that are not recognised by mainstream Somali media. Abdimalik is a champion for the unprivileged members of our society and shares their stories with a global audience with the view to positive change and empowerment. He has earned the respect of a generation due to his selfless fundraising efforts and his discussing of social issues that are considered taboo in Somalia, such as people living with HIV/AIDS.

Barkhad is a human rights activist based in Hargeisa, Somaliland. Barkhad has dedicated his life to campaigning for equal rights and opportunities for members of the Somali community who have been discriminated against. He campaigns to educate and remove the stigma attached to these groups once and for all and to end the social oppression caused by it. Barkhad began his human rights activism due to the bitter taste of tribalistic ideation and inhumane treatment towards sections of Somali society.

Since 1983, the Dr Hawa Abdi Foundation (DHAF) has provided healthcare, education, food and clean water to displaced Somalis regardless of their clan, gender, religious or political affiliation. DHAF is a solutions-oriented organisation that seeks to provide our people with the skills, resources and knowledge to stand on their own feet. For three decades, DHAF has provided lifesaving relief to the Somali people. DHAF has become a well-respected organisation and has been presented with a number of prestigious international awards.