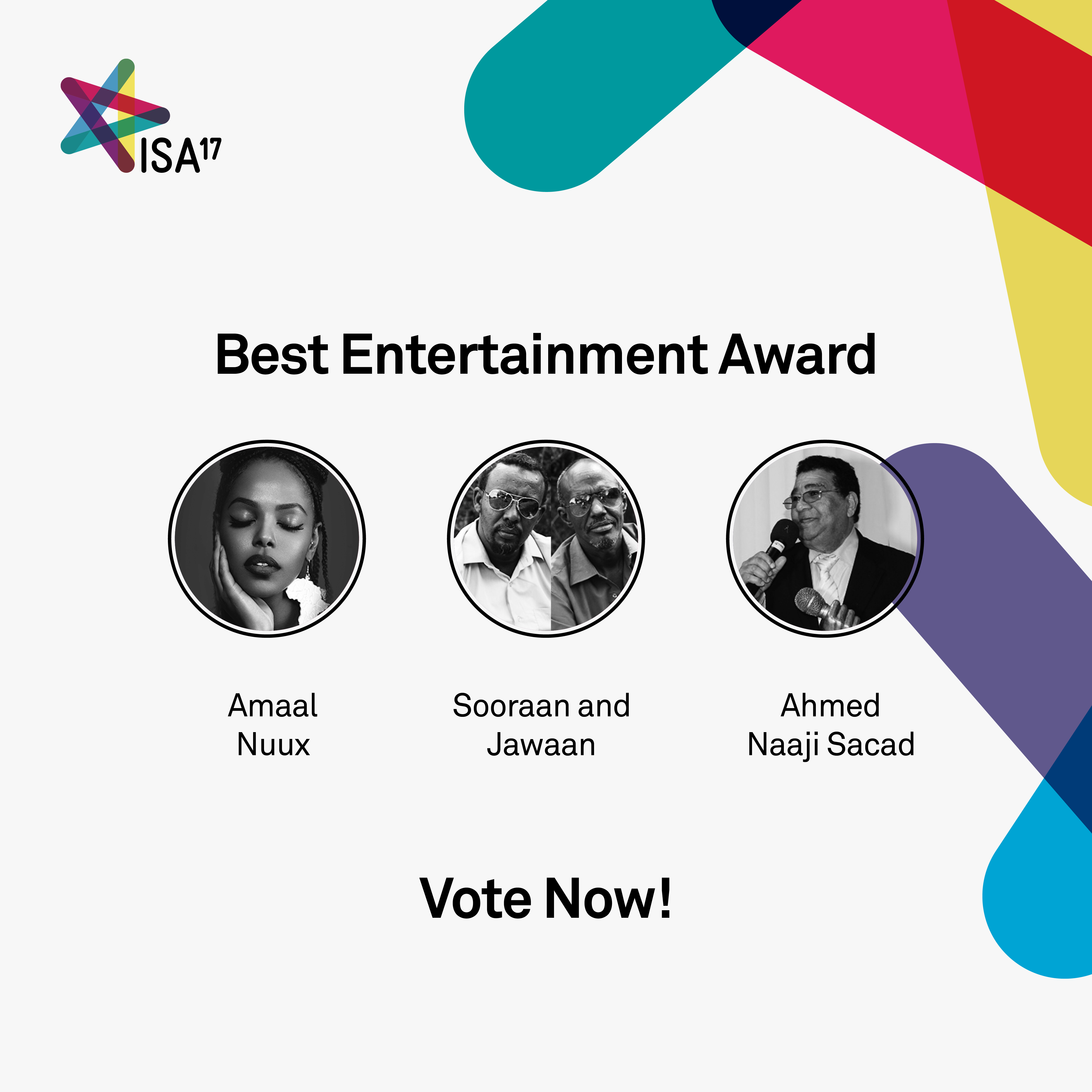 Amaal Nuux is a Somali-Canadian singer-songwriter based in Toronto. Her music is a captivating mix of fine-tuned vocals and moving melodies and is recognised for its socially conscious themes. She was born in Mogadishu. Her songs have gone viral on social media, helping take her sound and her message to a global audience.

Sooraan and Jawaan are a comedy double act based in Somaliland. They travel throughout the country performing street comedy with subtle social messages to society. Sooraan and Jawaan use entertainment and storytelling to bring about social change and through their films, street performances and stage plays they endeavour to broadcast their message to the global Somali audiences to shift attitudes and change behaviours.

A living legend, Ahmed’s iconic voice and stature has been shining since the 1960s and is still going strong today. He has travelled the world sharing music about love, tolerance, peace and patriotism. Ahmed is one of the most prominent and cherished of Somali artists. He creates memorable songs which discuss Somali identity and promote peace.