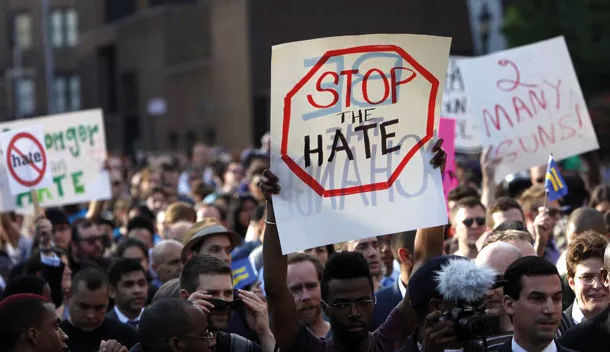 It’s disheartening to see that there has been a significant increase in hate crime this year in England, Wales and Northern Ireland, with a 58% increase from July 2015 to 2016. Racism, Islamophobia and anti-immigration sentiments have contributed to this growth, but the Nottinghamshire police force has recently added misogyny as another form of hate crime.

Hate crime may be enacted through clearly violent words and actions, or may appear as lesser aggressions. In the school or workplace, on public transport, and within other public spaces, hate crime is often manifested as physical and verbal abuse, which results in humiliation, threats and torments. Obvious forms of hate crime include mocking physical appearance and manner of speech, using derogatory labels and making false accusations.

What you should if you’ve been subjected to hate crime

Firstly, you must ensure your safety as a priority. If you can avoid the attacker by physically moving away from him or her, then that would be best. Do not react emotionally and detach yourself from the situation. Take note of the circumstances so you can report the crime.

As one of our bloggers recently explained, sometimes the perpetrators can be confronted and their abuse challenged, especially if their attacks are unrelenting and if you are among a safe group of people.

Finally, you must report the crime to the police, whether small or large. Where possible, the culprits will be found and dealt with, which is likely to reduce the chances of it happening again. In the wider sense, if every incident is recorded, it means that the police can analyse various factors and gather enough information to escalate the findings to local government and relevant organisations. That way, the problem can be dealt with on an individual and community level.

You can report hate crime by following this link: http://report-it.org.uk/your_police_force.

Combatting hate crime means calling for an end to judging and labelling. Sign our pledge to make your voice heard.

We’re taking part in an event to stand together against hate crime on Monday 10th October at Hammersmith Town Hall, 12pm – 1.30pm, which is organised by Hammersmith & Fulham Council.