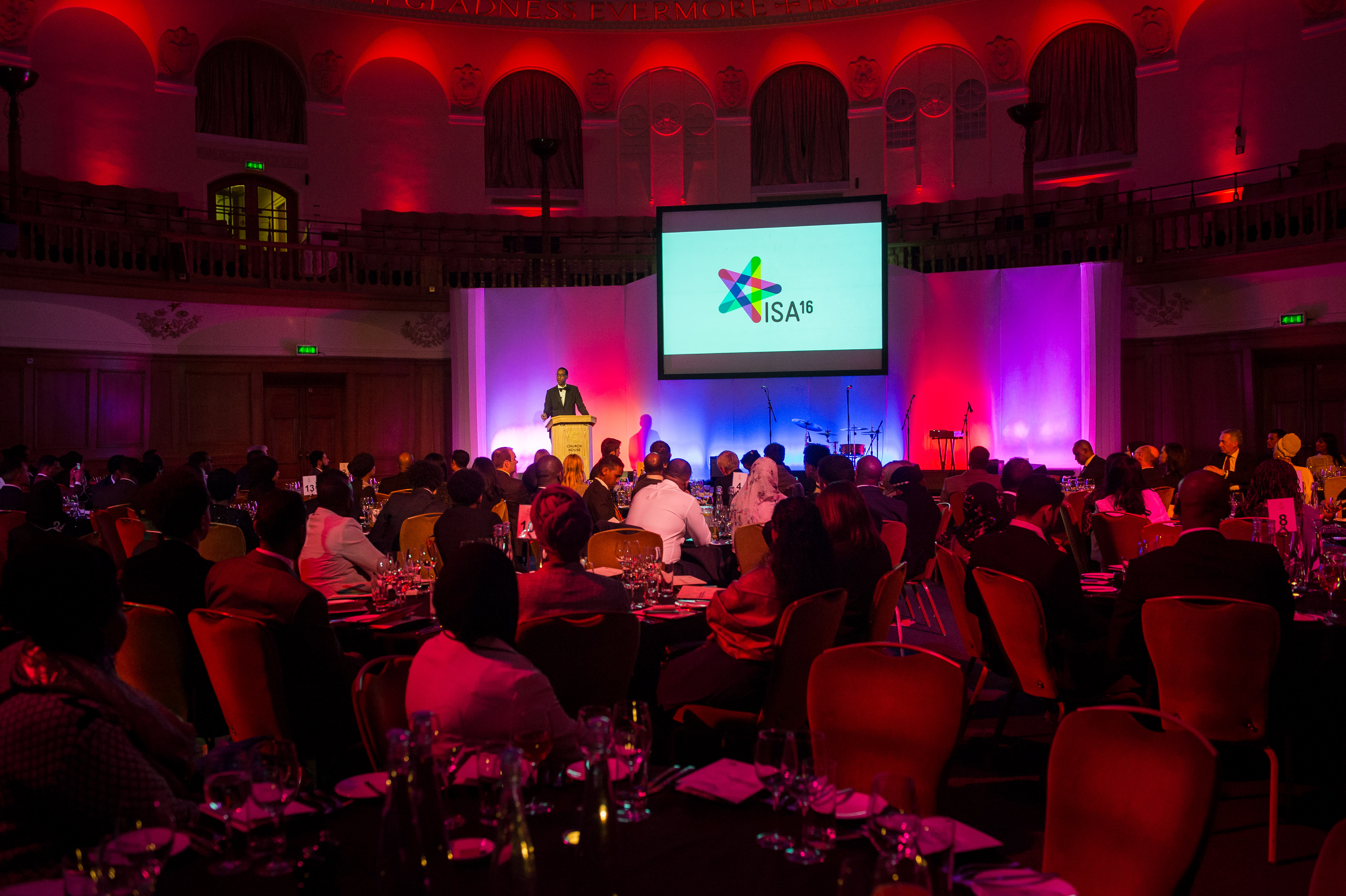 Mo Farah amongst those recognised at International Somali Awards

LONDON, UK — 24th March 2016: Prime Minister David Cameron cited the incredible success of the Somali diaspora in fields such as business, sport and academia as a group of UK ministers demonstrated the Britain’s commitment to international integration by attending the inaugural International Somali Awards (ISA).

A number of British officials including the Minister of Defence Rt Hon. Earl Howe and Minister for Africa, James Duddridge helped mark a new narrative for Somalis worldwide to highlight the positive role played by the international Somali community.

In a personal message to the award winners Mr Cameron wrote: “Despite the hardships and challenges they have faced, many Somalis, both within Somalia and across the worldwide diaspora have achieved incredible success in fields as varied as business, academia and sport. I know that for many people around the world, one of the defining moments of the London Olympics in 2012 came courtesy of a man born in Mogadishu: the great Mo Farah.

“But what I find more remarkable is that Mo’s story is actually just one example of the dedication shown by so many within the Somali community. So to each winner I say this: It is your hard work, creativity, courage and leadership that has brought you here; many congratulations for all you have achieved.”

Commenting on his award recognition Mo Farah said: “It is an honour to be recognised by the International Somali Awards for my sporting achievements. The Awards are an important opportunity to celebrate the inspiring stories of people from around the world.”

The ISA were co-sponsored by the British Foreign & Commonwealth Office, the International Organisation for Migration and Global Skills. Speaking at the event, Mr Duddridge highlighted the successes of DFID’s various development programmes, which have helped to drive economic growth, create jobs, improve healthcare and provide emergency food assistance.

Mr Duddridge said: “Britain is the only EU member state with an embassy in Mogadishu. We are the leading donor to a new World Bank and UN capacity building programme, providing support to selected government ministries.”

Diaspora driven development has been a key theme for Africa in recent years, which has helped underpin rapid progress across the continent. Although an estimated 1.5 million Somalis live abroad, many have returned to provide technical skills, advice, leadership and financial support in the form of remittances, which is believed to account for up to 50 per cent of the region’s gross national income.

The ISA recognised organisations such as Dahabshiil and Efritin.com for their role in promoting social entrepreneurship and creating jobs. Financial services conglomerate, Dahabshiil were awarded Business of the Year.

Abdirashid Duale, CEO of Dahabshiil, said: “At the core of our business is a strong desire to bring financial services to previously unbanked, marginalised and financially excluded communities. This extends to the role of women and girls in the workplace and wider community, which is critical to social development in the region. We see every day, the incredible women who work within our organisation as well as those we support through small business loans and youth mentoring programmes.”

Mahmoud Shire, manager of the International Somali Awards, commented: “Last night’s event was about recognising the outstanding contributions of the Somali community and showing another side to the Somali story. By celebrating the fantastic achievements and honouring the hard work of today’s role models, we hope to encourage the next generation to think even bigger by inspiring them to chase their own dreams.”

•   Business of the Year – Dahabshiil Group

•   Most Effective Initiative of the Year – Adesco Africa

The International Somali Awards is an event honouring the greatest achievements of the worldwide Somali community and promises to be one of the most important events of its kind ever staged. An innovative, unique and prestigious event, The ISA pays tribute to inspiring Somali success stories from all walks of life, and recognises inspirational role models from the fields of business, social work, sports, education and entertainment