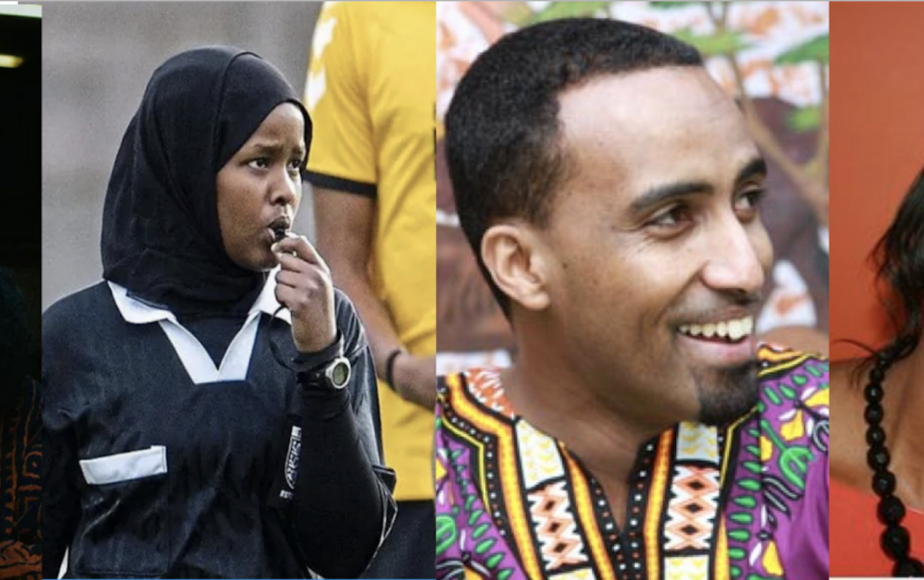 Black History Month gives us the chance to look back on how far the Black community has come during their time in British History. This year’s theme was “Proud to Be” so we took to social media to celebrate and raise awareness of British Somalis who have gained notable success in their careers; inspiring the next generation of young Somalis. We decided to highlight four inspiring Somali success stories: Warsan Shire, Jawahir Roble, Aar Maanta and Nadifa Mohamed. 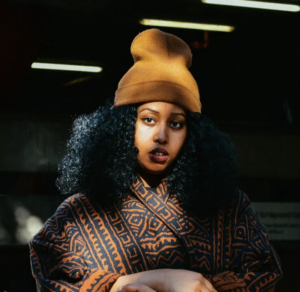 A poet and activist who grew up in London, Warsan Shire  boasts an impressive list of works; authoring collections such as “Teaching My Mother How to Give Birth”, “Her Blue Body”, “Our Men Do Not Belong to Us” and “Bless The Daughter Raised By A Voice In Her Head”. Her works have been featured in several journals and magazines; as well as in Beyonce’s visual album “Lemonade” and film “Black is King”. At a young age, she won Brunel University’s first African Poetry Prize and in 2014 was named the first Yo by ung Poet Laureate in London and the chosen poet-in-residence for Queensland, Australia. Her work focuses mainly on refugees and the culture-juggling that comes with being part of the Somali diaspora. 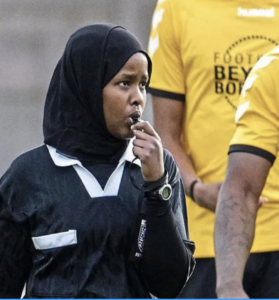 Jawahir Roble was born in Somalia  and grew up in north-west London with her parents and eight siblings. She has said, “We always played football in the garden, in the house, outside, everywhere”. In September 2013, Allen launched the Middlesex FA Women’s League with a new Desi division for girls. In return for refereeing games every week, Middlesex FA funded Roble’s formal referee training. She now has FA qualifications and a degree in coaching and is the UK’s first female, Muslim referee. Roble says she is now training hard to fulfil her dream of refereeing in the Premier League, the Women’s Super League and perhaps one day even a Champions League final. 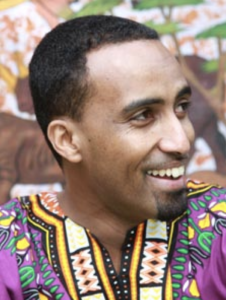 Aar Maanta is a Somali musician whose activism, work and creativity led him to become a goodwill ambassador for the United Nations High Commissioner of Refugees (UNHCR), while leading one of the only active touring bands in the world that plays live Somali music. His work includes the recent UNHCR campaign about irregular youth migration in the Horn of Africa, Dangerous Crossings, for which his song “Tahriib” was reproduced and performed in collaboration with leading artists from Africa.

As a singer and songwriter, Aar Maanta has embraced an eclectic mix of styles including influences from rock and reggae jostling with traditional Arabic and Somali music. Despite graduating with a science degree, Aar Maanta pursued music. He began the Horn 2 Groove recording project which generated his 2009 debut album, Hiddo & Dhaqan. The album merged traditional Somali music with Western influences like house and reggae into a fusion described as Afro-hop. In 2010, the Paris-based radio station StarAfrica recognized Aar Maanta’s achievement in creating this new sound when it named him “A Somali Culture Shaper in London.” He released the 2014 EP, Somali Songs from the Diaspora to connect with Somalis around the world. Aar Maanta hopes to take his music to the wider community with the release of ‘Ubadkaa Mudnaanta Leh’ last month on what has been described as “the first bilingual English and Somali children’s album in world music”. 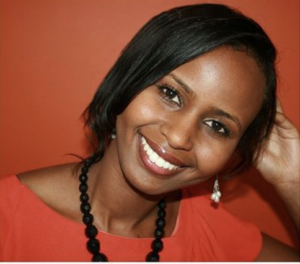 Nadifa Mohamed is a Somali-British novelist who has featured on Granta magazine’s list “Best of Young British Novelists” in 2013, and in 2014 on the African39 list of writers aged under 40 with potential and talent to define future trends in African literature. Her first prize winning novel “Black Mamba Boy” was described in the Guardian as “a significant, affecting book of the dispossessed.” In 2013, Nadifa Mohamed released her second novel “The Orchid of Lost Souls” which won the Somerset Maugham Award and was long listed for the Dylan Thomas prize. Her 2020 novel, “The Fortune Man” was shortlisted for the 2021 Booker prize making her the first British-Somali novelist to get this honour.