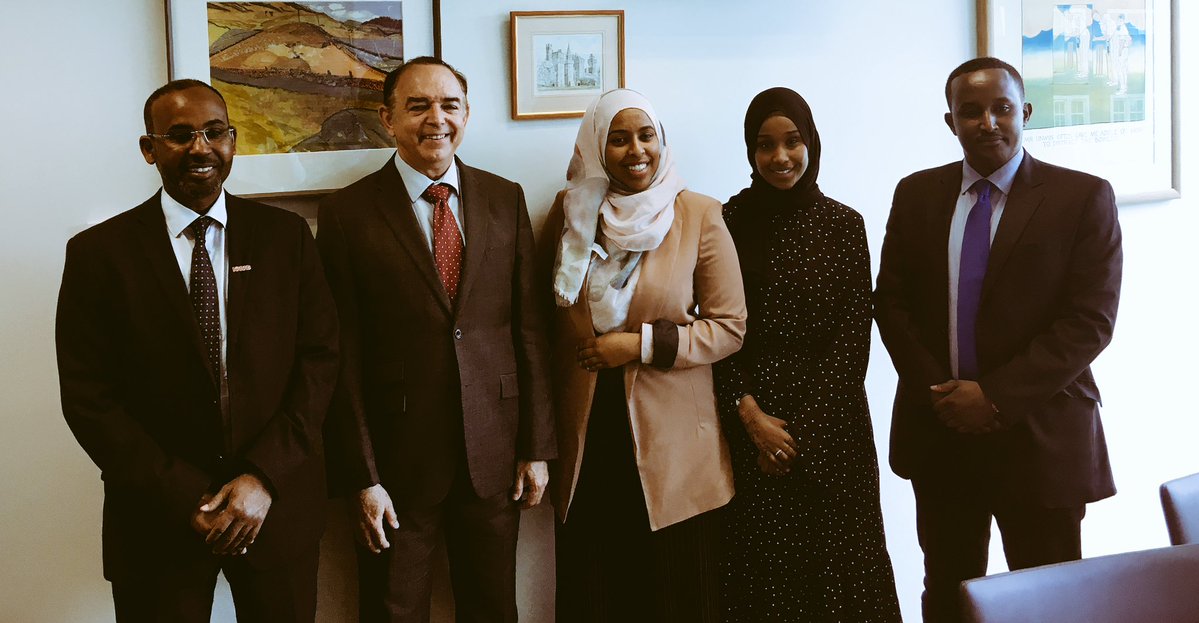 It was an amazing day out together with my fellow students on the ATM Law and Leadership students as we visited the Ministry of Housing, Communities and Local Government in London on 28th May 2018. Myself along with four other students undertook a work-shadowing placement with the different departments at the MHCLG with the support of the Anti-Tribalism Movement. The aim of our shadowing work was to experience and understand what the Civil Service does and how they are organised in their day-to-day works.

The Ministry of Housing along with the other government departments (e.g. the Home Office and Department of Environment, Food and Rural Affairs) are located in the heart of the Westminster area of London. We were received by Ms Hilary Patel who took us into the Office of the Minister of Faith Lord Bourne who spent some time with us. We discussed issues affecting the Somali community in the UK and how best to address them. We discussed that Somalis have multiple challenges within the United Kingdom, which include being refugees, Black and Muslim.

Following on from this, we discussed the different meanings and associations between Islamophobia and Anti-Muslim sentiment. Interestingly, it seems that Islamophobia refers to the religion whilst anti-Muslim refers to people who adhere to that faith – which provides further layers to issues around hate-crime.

We highlighted to the Minister that Somalis need to be shortlisted and considered to be an ethnic category in the 2021 census and expressed how his support would be important for our community. The Minister informed us that there is Anti-Muslim and Anti-Semitic hate crime working group consisting of members from both the Muslim and Jewish respective communities collaborating with the government to tackle recent spikes of an anti-Muslim hate crime.

We spent time with the amazing staff at MHCLG learning about the work that is taking place to support the Gypsy and Romany groups who are trying to highlight issues such as poor education and crime, low life expectancy and hate crime. We also met with the team who work on the integrated communities’ strategy and found out how integration is measured through the community life survey.

This one-day work shadowing was interesting and eye-opening for us and helped us in increasing our awareness of the civil service and the government’s current priorities. It was a very well organised day, which was thoroughly enjoyed by all the participants and everyone was very engaging & hopeful for the future. I am looking forward to using what I have learned in my own work as a community organiser within the Somali community in Leicester.