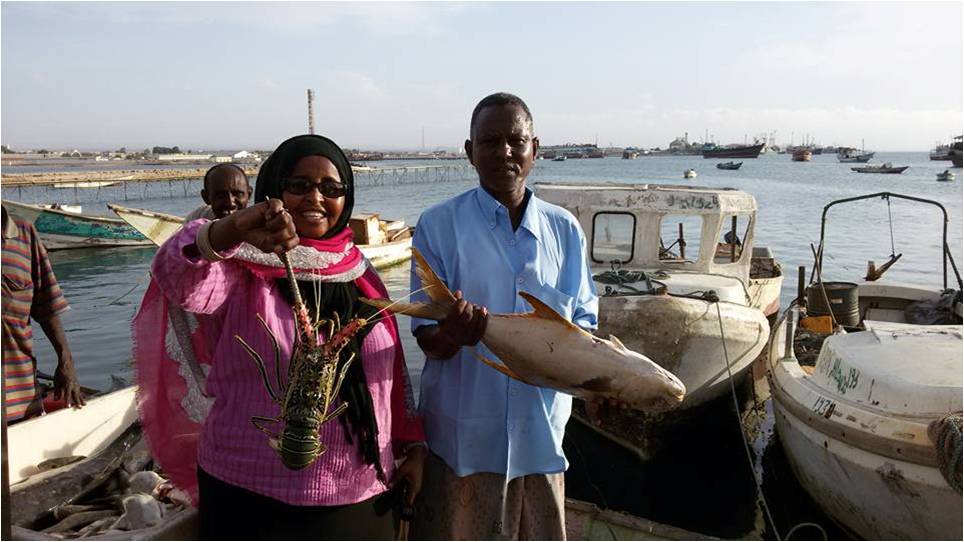 Somali waters are home to some of the richest fishing grounds in Africa, with vast potential for fisheries and coastal area development. However the sector remains under developed due to lack of skills among fishermen to go deep into sea water, lack of tools (boats and fishing gears) and lack of regulatory frameworks.

The Somali fishing industry has high potential for growth and job creation. Though it is not among the top three contributors to the country’s GDP, the Somali coast line is the longest in Africa and among the most blessed waters.
According to the latest survey, some of the only fish stocks in the world that are actually “underfished” are in the deep waters off the Somali coast. Large schools of primarily tuna migrate from north to south and back along the east coast of Africa. It’s no doubt, home to an extensive list of fish species, including lobster, swordfish, shark, and many others.

The Somali people prize meat from livestock in their daily lives, and are only slowly considering fish which has gradually increased the domestic demand.

The Somali fisheries resource remains largely under-exploited partly due to the absence of good infrastructure for post harvest management of catches, despite the fact that there is growing local, regional and international demand for fish which could be exploited.

Oxfam supported by EU has been running a project to boost the Somali fisheries sector. It focuses on capacity-building and supporting the Ministries of Fisheries & Marine Resources in Somaliland and Puntland including the private sector to improve policies, legislation, institutional structures and processes that will support the fisheries sector at the national and primary production levels, alongside the private sector with the ultimate goal of improving livelihoods and increasing the contribution of the fisheries sector to food security, employment and the overall economy.

This project will improve lives for fishermen and their families as well as that of the wider community through easier access to quality fish and sea products. It will also enable the government to strike a balance between enabling and regulating the fisheries sector, to ensure sustainable fishing for future generations.