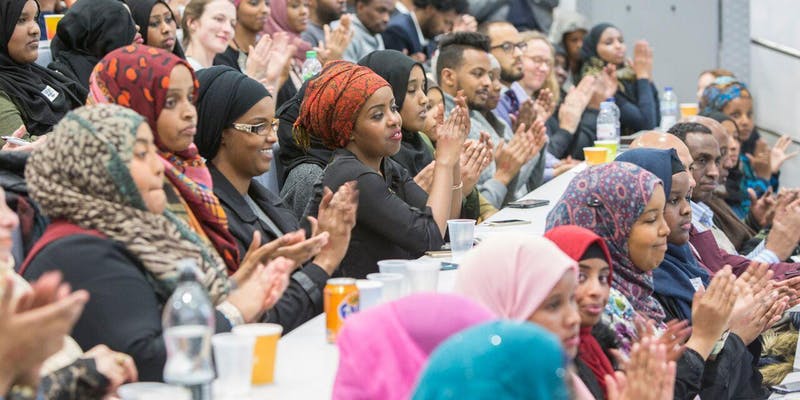 Kayd Somali Arts & Culture, with its partners, is proud to present its 10th Anniversary of Kayd’s Somali Week Festival. The festival, an integral part of the United Kingdom Black History Month, will run from 19th October to 28th October 2018 across London in Oxford House in Bethnal Green, City Hall, Southbank Centre, British Library, Rich Mix, The Broadway Theatre in Barking and Chelsea and Kensington Town Hall and The British Museum. This year is a special milestone as the Festival reaches its 10th consecutive year of bringing together one of the largest gatherings of Somalis in the Diaspora during its annual 10-day festival. The theme for this year is the aptly named: “Decade: Looking Forward, Looking Back” as Kayd’s Somali Week Festival reflects back on ten years of celebrating the very best in Somali arts, culture, research and heritage. In doing so, this year we bring together old friends with new by inviting some of the most popular artists that we have showcased in the past whilst also doing an in memoriam of the visiting artists connected to Somali Week Festival that have since passed away. By looking back at the great artists and researchers who have attended Somali Week Festival, we hope to not only celebrate the important discussions and music that came out of the festival but also by creating a dialogue of how this can relate to the future generation in looking forward.

The importance of arts and culture is that it brings people together and allows them to discuss sensitive issues in a safe environment and the aim of Somali Week Festival is to be an inclusive space where Somalis in the Horn, as well as the Diaspora, feel represented and important. The 10th anniversary will allow us to not only celebrate, but also discuss the changes in the Somali region both culturally and socio-politically, and to acknowledge the rich diversity within the Somali community. In doing so, it is also important for Somali Week Festival to create a platform for difficult issues to be addressed in an inclusive space, such as the discussion with Boqor Ahmad Warsame (King of Gabooye), who will be speaking about the issues facing minorities within the Somali region. It is also important when looking forward, to think about ways in which our history and heritage inform us in how we shape our identity, both in the homeland and in the diaspora. Somali Week Festival is one of the first of its kind to represent Somalis across the Horn without any political affiliation and it is a space for all Somalis to feel welcomed and represented.

This year we are producing a brand-new contemporary play based on the historical folklore figure of Arawelo which will emerge heritage with artistic fiction. We will also explore what heritage looks like in 2018 in our collaboration with Project NOMAD that allows viewers to experience a 3D experience of old artefacts. As always, the role of poetry in Somali society cannot be underestimated as we gather the iconic poets Dheeg and Weedhsame from the Horn alongside British-Somali Poets Asha LulMohamud Yusuf and Mohamed Haykal to mention a few, in a ten-day festival that will look back over Kayd’s last decade to capture the essence, of reflection and why it is so important to look back at the changes that have taken place over these past 10 years.

We are also excited to celebrate the new talents emerging from both the Horn and in the Diaspora, such as our Share Your Talent platform in collaboration with the London Literature Festival in the Southbank Centre which focuses on Women in Arts this year where we give a platform to upcoming Somali poets. The ever-popular final night concert, Final Beats at Kensington and Chelsea Town Hall features the best in Somali music from The Horn, UK and Sweden and is sure to be a night of live music and dancing and space for everyone to enjoy themselves in a festive closing event.

The South Bank event is not included in our week- pass.