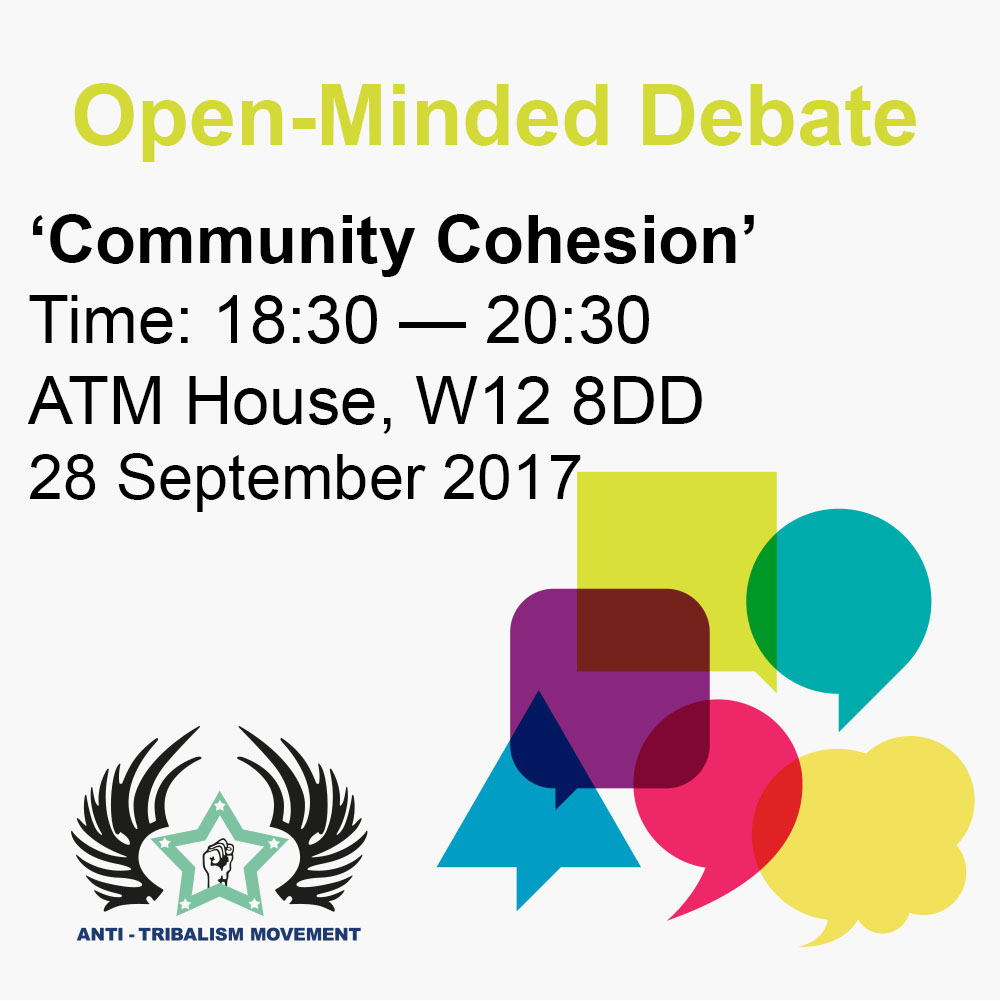 This Month’s topic of discussion is Community Cohesion.

London is built on the diversity of distinct cultural, religious and social traditions. As Britain grows even more increasingly diverse, the UK government and local authorities have to increase their efforts in promoting community cohesion within communities, which has become a key challenge for policymakers, communities, and practitioners for many years.

The debate of community cohesion has been discussed frequently within academic and political circles in recent years. Community cohesion in the broadest sense means the process, by which people who are relatively new to a country (i.e. whose roots do not reach deeper than two or three generations) become active members of society.  While community cohesion essentially focuses on unity and stability that appears to entail a normative vision of social cohesion, for many ethnic communities, community cohesion has meant ‘for them’ one-way assimilation, in which they feel that they would eventually have to conform to the existing dominant cultural norms of the wider society.
We feel that issues of relevance to the community, however difficult, should be encouraged and addressed in public forums. In this segment of OMD, we will be dissecting the following themes/questions:  What does it mean to be British?
We will discuss the following:
What does it mean to be British?
What does community cohesion mean?
What are the barriers to community cohesion?
Is there a fine line between community cohesion, social integration, and assimilation?
How does one maintain their identity and integrate within the wider British society?
Does such unity between communities translate into a common progress for all economically, socially and politically?
Entry to this event is restricted to confirmations holders only. Places are limited, therefore, please RSVP by emailing us at info@theatm.org. Kindly invite anybody that you think will benefit from this discussion and we would be grateful if you could have confirmed their details with us beforehand.