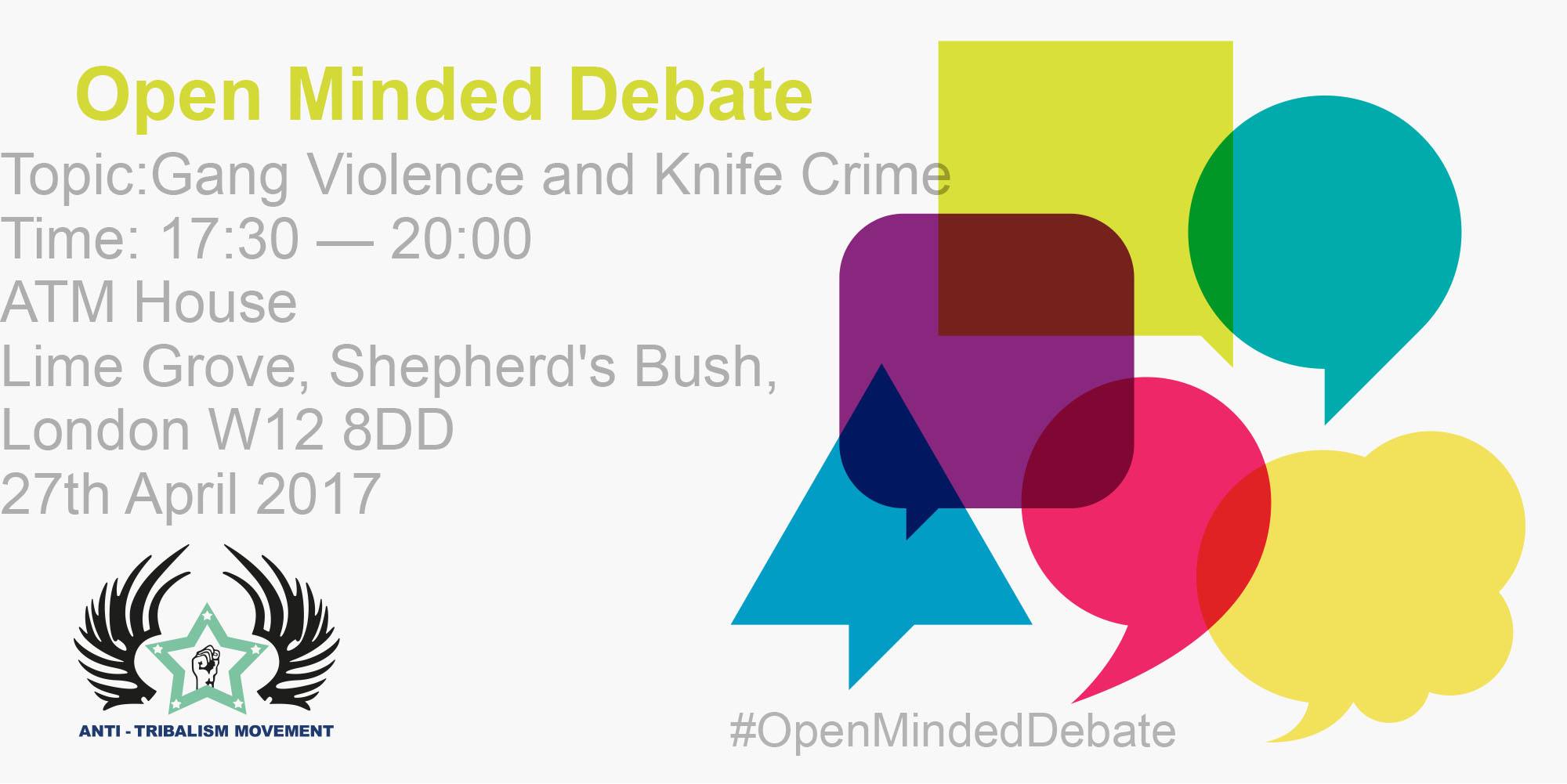 The Open-Minded Debate is a monthly debate session where we discuss issues of importance to the community, which aims to encourage critical thinking through the exchanges of objective dialogue in an open forum with a panel of experts and an audience.

This month’s topic of discussion is “Gang Violence and Knife Crime within the community. The Open-Minded Debate hopes to create dialogue and provide a safe space for Somalis to discuss issues of importance to them.

Gang violence within the Somali community over the past few years has drastically increased, many young Somalis – predominantly boys – have become victims and perpetrators of serious gang-related crime and violence. Due to numerous factors such as status, identity, belonging, lack of role models, broken homes, family members involved gang life, economic deprivation or lack of jobs, feeling unsafe in the neighbourhood and low education attainment.

This month alone there have been four fatal stabbings in London: in Northolt, in the north-west, Mile End and Plumsted, in the south-east and Battersea in South-West . 2 of them were Somali who have unfortunately lost their lives as a result of that.

We feel that discussions such as this should be encouraged to highlight the causes and the effects of gang-related violence and shed light on how it affects the many people involved.  We hope to create a better understanding of the underlying issues, we will also be discussing the possible solutions to support vulnerable young Somalis at risk of gang-related issues.

Disclaimer: This event will be filmed.