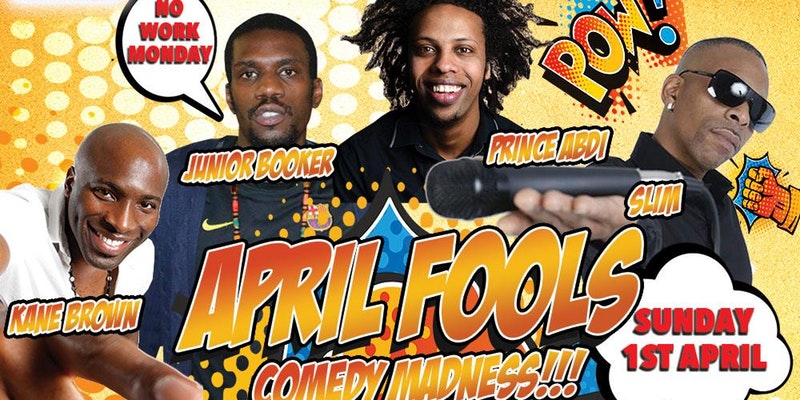 Danny ‘Slim’ Gray – Consistently voted the UK’s number one urban comedian. Slim gives you his comedy with the realism of life. Stories about his life that with leave you breathless with laughter. Slim is proof that you can find the funny in any experience.

Kane Brown – Fearless, honest, energetic, quickwitted and hilariously funny. This fast-paced comic will leave you breathless with laughter. Regarded on the urban and mainstream comedy circuit as one of the best in the business. Being described as ‘the owner of the stage’ (Comedy Store).

Prince Abdi is a Somalian born British comedian, actor and writer. Having moved from Somalia to London as a child, Prince draws on his migrant background to create a unique style of storytelling and comedy.

Prince was recently cast in the role of Big Man for the HBO pilot ‘Mogadishu, Minnesota’. The pilot, filmed in October 2016, was written and directed by Somali Canadian rapper/ singer K’naan Warsame and executive produced by Warsame, Kathryn Bigelow and Carolyn Strauss.

Junior Booker is one of London’s Funniest Up an And coming young talented comedians from South West London, who has been entertaining people all over the UK with his Smart, and Quick-Witted laid back comedy performances for a number of years.

He currently runs his own weekly stand up show and other various shows where he hosts and performs all over south London.