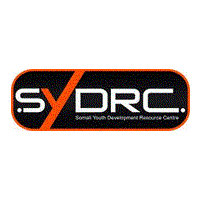 Somali Youth Development Resource Centre has been organising this event for the last 13 years. Therefore, we are very delighted to invite you to attend.

Somali Children passing their GCSEs. At GCSE level, Camden pupil`s averaged 47.7% gaining five A-C passes but Somali pupils average was only 3.1%. After that research and conference there was commitment by all present to support an initiative aimed at dealing with these issues. SYDRC is the result of this commitment and has developed a working relationship with all these Camden Departments and organisations.

In 2001 SYDRC began running Educational Achievement Award Ceremonies which highlights the talents of the best brightest Somali young people in Camden and also to encourage and celebrate the hard work and commitment the year 9 and 11 Somali students particularly for those who did well in their GCSE and Key Stage 3 and for those who behaved well or showed effort and responsibility in each academic year.

In 2006 a Youth Advisory Board was set up to provide strong voice to the service users and become a mechanism to feed into Board of Directors.The youth advisory board has been successful in steering the organisation in the right direction by providing comprehensive solutions to problems faced by Somali youths in so far as to even promote a manifesto for Camden parents and children to live by. Very highly regarded and respected throughout the community, the members of the board are well known by parents, school teachers and local authority for their hard work and effort within the community.

In 2007SYDRC has changed its management structure to become the only youth lead organisation in London. The majority of trustee elected were young people between the ages of 18-30 years of age. The new face of SYDRC has made a huge difference to the lives of young Somalis and encouraged more young people role models to volunteer.

In 2008the Home Office, Greater London Authority and Metropolitan Police Services, made contact with SYDRC. The organisation were seen by these government institutions as a positioned vehicle to help facilitate a London wide Somali Youth organisation. Then the organisation organised and facilitated the first London Somali Youth Conference on 27May 2008.The conference was designed to unite the Somali youth in order to establish a platform for discussion in relation to issues of relevance to the Somali youth and to address the importance of social integration and positive contribution to the wider British society.

In 2009 London Somali Youth Forum (LSYF) was officially launched by SYDRC at City Hall hosted by Mayor of London Boris Johnson and his Deputy Richard Barnes. Now the London Somali Youth Forum has a network which consists or more than 16 London based Somali youth organisations and forums.The main aim of LSYF is to bring together many young people from all over London through its ambassadorship to promote a more cohesive, safe and better society for all.

In 2010 our first prize winner (Iman Suleiman) achieved 10* in GCSE in every single subject she took and set benchmark of her own.This is in comparison to 1999 when the Somali community became actively conscious of the grades their children were receiving at GCSE level, which were abysmal and very unsatisfactory.

In 2011 SYDRC is become the only Somali representative on the Mayor’s London wide BAME Strategy Group.

“To empower and inspire Somali young people to achieve their true potential by equipping them with the tools for tomorrow, to enable them to take responsibility for their lives and develop as individuals and make the successful transition to adulthood”