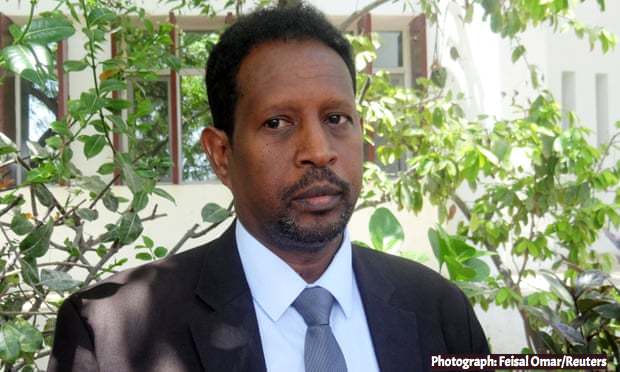 There are many times that we Somalis living in the UK have cause to be proud of our communities around the world. Among our people are leaders and change agents on a global scale who dedicate their lives to public service and empowering people to strive for better lives. This has never been truer than in the case of Abdirahman Omar Osman, the Mayor of Mogadishu, who tragically lost his life in a terrorist attack on 24th July.

Known as ‘Engineer Yarisow’, his work engendered meaningful and lasting change for Somalia and for Somalis. Before becoming Mayor, he held senior positions in the Somali Government as Minister for Finance and Minister of Information, as well as the prestigious roles of Head of Office for the Somali Prime Minister and Chief of Protocol for the Somali President. Creating a thriving nation, both economically and socially, was at the heart of Engineer Yarisow’s vision for Somalia and this was clear in the policies he championed for the people of Mogadishu. As Mayor, he transformed the fabric of the capital from a city thwarted by division and violence to a place where all were welcome. He created an environment where businesses could flourish and the city became an attractive prospect for Somalis living abroad to reinvest their wealth. Engineer Yarisow overhauled public services for residents, invested in job creation and funding to support young entrepreneurs – a powerful legacy for Mogadishu’s people to build upon.

But Engineer Yarisow’s commitment to the Somali community extended far beyond the borders of Somalia. In London, he proactively entered into dialogue with the Deputy Mayor and the UK Government to tackle knife crime and violent extremism – and created initiatives to counter these social challenges. Engineer Yarisow was also a school governor in the London Borough of Ealing, helping young Somalis who have been excluded from schools in West London. He worked to ensure appropriate measures were taken to address the causes, not the symptoms, of young people’s difficulties and fought for young Somalis in London to get equal access to opportunity.

Since the inception of ATM, Engineer Yarisow has been a mentor, a friend and a source of inspiration for us. To list of all his achievements and the enormity of their impact would take a lifetime. Somalis everywhere have a lost a visionary, a force for change and a man whose relentless quest for Somalia and its people to achieve their potential has changed the lives of so many for the better. Engineer Yarisow made the ultimate sacrifice for his people and we must honour this by continuing to build upon his legacy.

TAGS: Engineer Yarisow, Mogadisu, somalia, The Mayor of the Mogadishu